Students at CSUEB Concord watch a performance of “The Wit and Wisdom of Oscar Wilde.” (Photo | Pete Widders)

Students at CSUEB Concord watch a performance of “The Wit and Wisdom of Oscar Wilde.”

Learning past 50 at CSUEB Concord Campus

Last week, Wednesday, 40 students gathered in the auditorium of the California State University, East Bay, Concord campus to see the Butterfield 8 Theatre Company present “The Wit and Wisdom of Oscar Wilde.” While this was an ordinary day at the university, the students in attendance were not your typical college students.

These students are enrolled in the Osher Lifelong Learning Institute on the Concord campus, a program that provides learning for adults ages 50 and up. The program began in 2001 for the purpose of continued learning for retirees and currently has roughly 1,000 members.

According to Scholarolli.com, the program’s “mission is to create a learning environment that fosters creativity, self-discovery and peer education.” They offer courses in literature, poetry, science, history, liberal studies and other topics. The program also offers field trips to places like the Exploratorium, the Asian Art Museum and the Walt Disney Family Museum.

The program is based out of the CSUEB Concord campus in Contra Costa County but also hosts functions at community libraries, senior centers, and churches in Oakland, Castro Valley, Danville and Walnut Creek.

“The program is a fine example of how lifelong learning is an activity that students and scholars of all ages can benefit from and that we should always offer opportunities to learn and grow,” said CSUEB President Leroy Morishita. “In this way, it supports the university’s mission to provide access to an ‘academically rich, culturally relevant learning experiences’ for as many people as possible.”

Both CSUEB emeritus faculty and other educators teach the lectures and courses. The program runs financially from membership fees and endowments from the Bernard Osher Foundation, grants, donations and support from CSUEB.

“We have courses and lectures in wonderful subjects like the legacy of Vietnam, or the comedy of Stephen Colbert and Jon Stewart,” said Carole Woods, San Ramon resident, and program attendee for five years. “There’s one called literature and the law where we read a piece of literature and then we take a legalistic aspect of it. So you’ll read ‘Raisin in the Sun”’and then talk about the housing problems of African Americans and the zoning laws they used to have.”

OLLI is an offshoot of the SCHOLAR program, founded in 2000 by Herbert Eder, a retired Cal State Hayward professor of geography and environmental studies, according to the website. He currently resides in San Ramon.

In 2001, the SCHOLAR program was developed at then California State Hayward University Concord campus by the former dean, Betty Felton.

The president of the university was Norma Rees, and her adviser Dr. Robert Peyton was very instrumental in establishing the program.
SCHOLAR became SCHOLAR-OLLI in January 2003, and then became The Osher Lifelong Learning Institute at California State University, East Bay in January 2005.

“I was interested in lifelong learning myself. I was going into retirement and thought it would be a good thing to continue to learn because I was a university professor at the time,” said Eder. “I had been talking to various of my colleagues who were also retiring and they too thought it would be a good idea to start a learning and retirement program, so, we did it.”

Herbert Eder’s wife Margaret Eder has been a member of the program since it started. She said, “I’m an avid student and that’s the beauty of the OLLI program. You come for just the pure enjoyment of learning. There are no exams and there’s no required tests.” 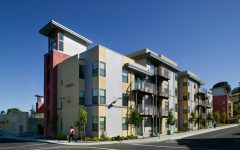 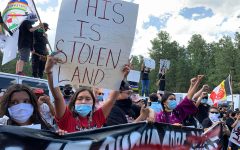 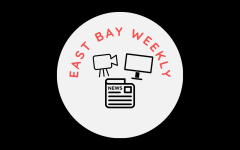 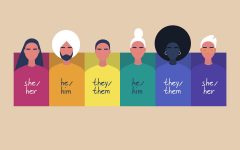 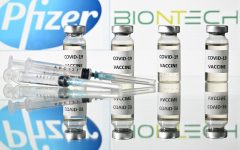 Pfizer Reaches Full FDA Approval: What Does This Mean for CSUEB Community?