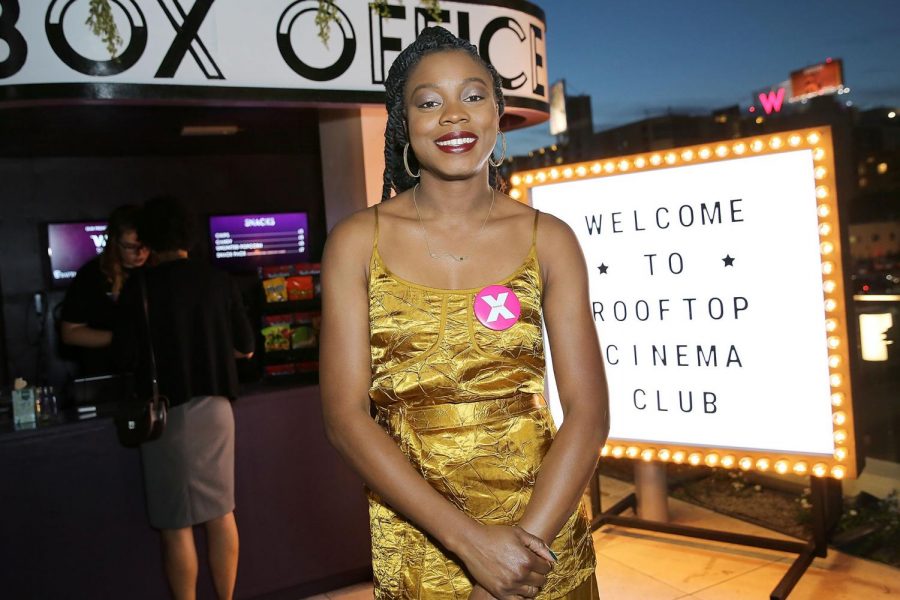 An Analysis of Horror Movies that Focus on Social Issues with Dr. Christopher Moreman, CSUEB’s Chair of the Department of Philosophy and Religious Studies.

“Candyman” (2021) is written partially by Jordan Peele, a prominent figure in the Black horror sphere, and written and directed by Nia DaCosta, a rising Black female director, and screenwriter. DaCosta’s sequel to the 1992 original takes place in Chicago’s Cabrini-Green neighborhood following the protagonist, Anthony, and his encounter with Candyman.

With an 85% on rotten tomatoes and a 74% audience approval score, “Candyman” is receiving praise across the board. Considering the film’s high rating and all Black leading cast and crew, “Candyman” may become a staple in Black horror.

The film centers on racial issues in America through a Black perspective. Moreover, the nightmare reality of racism and police brutality in Black America.

As modern horror films tackle race relations, is the genre trying to be more woke now than they were twenty years ago?
When asked if horror movies deal more with social issues now than twenty years ago, Dr. Christopher Moreman, Chair of the Department of Philosophy & Religious Studies at CSUEB, said, “I don’t think that it’s so much that they deal with it more; I actually think they’ve always dealt with it. it’s just that there is a lot more diversity in the horror being produced now.”

Mainstream horror movies with people of color cast as leads are a growing regularity; think “Get Out,” “Us,” and “Black Box.” My theory is that “woke” horror movies, meaning intellectual horror that touches on social issues, is a growing phenomenon.

Dr. Moreman emphasized that this uptick in diversity is “not just Black horror,” referencing the zombie movie “Blood Quantum” featuring Indigenous Native-Americans at the forefront.

Along with more social issue centered horror films, my experience with modern horror has led me to believe there is more symbolism and hidden meanings in modern horror films like “Hereditary,” “Get Out,” “Bird Box”, and “Midsommar.”

After watching a film, many of us jump to Google to explore top-hits found under “symbolism in Get Out” or “Bird Box explained.” Perhaps we just rely more on the Internet for film analysis than we used to a decade ago or it could be that horror holds more symbolism and ambiguous messages now.

“Candyman” actor Colman Domingo, explained the symbolic and gory ending seeks “revenge for those without a voice amidst police brutality, violence, and gentrification.”

Have horror movies always communicated a specific message? Or is horror just getting smarter?
“I think horror always has a message to send, there’s always going to be meaning in every movie,” Moreman stated. “Regarding symbolic horror movies that focus on social issues,” he continued, “how much of it is intended by the filmmakers and how much is not is hard to know.”

Dr. Moreman introduced the concept of reactionary vs revolutionary horror, a theory created by media critic Robin Wood. According to Moreman, “Most horror films are reactionary,” meaning that the story follows a pretty set path: bad guy comes, good guy beats bad guy, and all is well by the end. Reactionary horror centers more on telling stories of an entity that threatens the normative social order.

An example of reactionary horror is Jason from “Friday the 13th.”

“The social norm is white-hetero-Christian kind of society. And then Jason comes in and starts killing people because they aren’t doing what they’re supposed be doing, they’re going out, partying, having sex, and drinking. So then Jason is coming in to correct their behavior,” Moreman articulated.

The Jason archetype pairs well with the “final girl,”, who is usually the last one left alive at the end. It’s no coincidence that the “final girl” is usually the “nice girl” who best fits into the white-hetero-Christian society.
This ties into racial minorities portrayed in horror, “In the original Candyman, it’s a white woman who’s the protagonist who’s being threatened by Candyman. So it’s like this black guy going after this white blonde girl. And that kind of dynamic is not the same kind of dynamic that would play effectively in horror movies today,” Moreman said.

Revolutionary horror sends a different message about social norms, characterizing the white-hetero normative society as the “villain” or the cause of the monster for the audience to recognize as a threat.

Based on Wood’s theory, “Candyman” (2021) is revolutionary horror. What is left at the end of the film is different from what was at the beginning. Parts of society had to adapt to fit into the changed world that the monster left behind.
Compared to “Candyman” (1992) casting a white woman protagonist, the sequel film is told from a Black perspective, allowing Black audiences to not feel like “the Other” as was the case in the original.

Recognizing this norm of American society that portrays anything or anyone who is “Other” as the villain is crucial in understanding the perspective of diverse audiences. “Candyman is a monster but he’s also not evil from the Black perspective necessarily,” Moreman said.

“Woke” horror movies with thematic social issues have always existed and attempted to revolutionize film through diverse symbolism, rather than typical reactionary horror.

Overall, “Candyman” was a good horror film with thrilling sequences, plot twists, a complex but easy-to-follow plot, and excellent casting choices. It is a must-watch for fans of horror and the original “Candyman.”

Looking forward to the future, we can rest assured that “the emphasis on diversity is not going to stop,” Moreman said. Revolutionary horror is becoming more mainstream nowadays and it seems it will remain that way into the future of horror.