The Titans: A Candidate Guide to Upcoming Recall Ballot 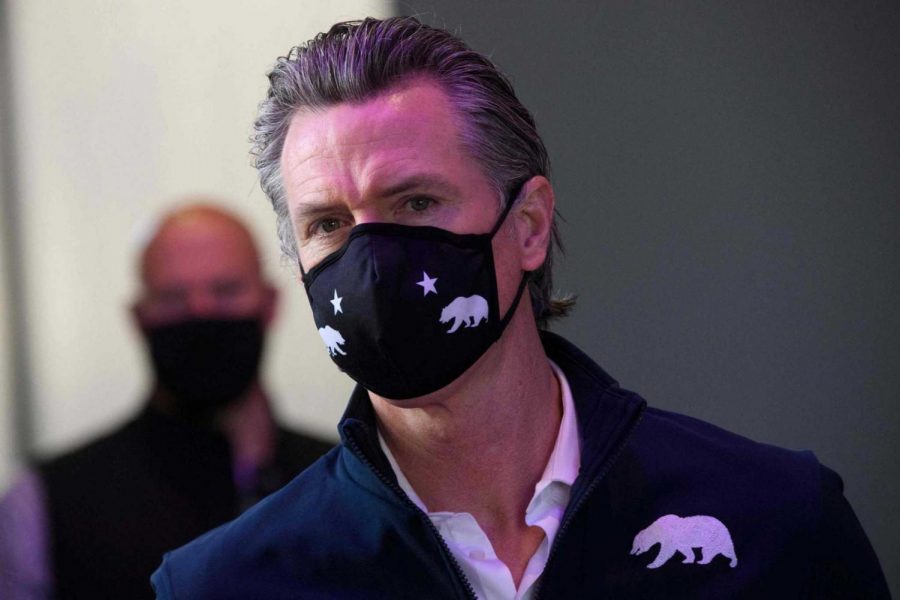 Three candidates are leading the polls, racing to oust Newsom from governorship. Who are they, what do they stand for, and will they be successful?

With a little less than a week from the recall election, recent projection polls by the Public Policy Institute of California found 58% of voters are likely to support Governor Gavin Newsom, compared to 39% of Newsom detractors.

While reassuring for Newsom and his supporters, FiveThirtyEight analytics explains that trends can be fickle and Newsom’s victory may be within the margin of error, currently estimated within 8 points.

Fifty-two percent of Californians hold a favorable view of Gov. Newsom. Among Democrats and Independents, 90% and 49% oppose the recall election respectively. Meanwhile, 82% of Republicans support the recall. Evidently, the upcoming recall is driven primarily by partisan affiliation. As such, it is no surprise that over half of the candidates are aligned with the Republican party.

Newsom supporter Cal Riederer, a CSUEB student, believes the ordeal to be a “waste of tax dollars.” The California Department of Finance estimates that $276 million will be allocated for the recall election. Riederer further argued that “[California voters] could just wait for the real Governor election in 2023.” In the event Gov. Newsom is recalled, he can still opt to run again in 2023.

Newsom’s platform remains tethered to his promises during the 2018 gubernatorial election, when he vowed to defend immigrant, LGBTQ+, and POC communities, women’s rights, address gun safety, ramp up environmental protection, and ensure the right to healthcare for all Californians.

Moreover, Newsom advocated for a strict administration of vaccines and mask mandates. CSUEB student Wendy Gomez commends Newsom’s handling of the pandemic, presuming the referendum to be a projection of Republican resentment towards the imposition of COVID restrictions.

“Republicans are making [Newsom’s governorship] a bigger issue because they don’t want to wear a mask, get vaccinated, or give money to those affected by COVID,” said Gomez.

If Newsom loses the election, the immediate title of Governor would go to Larry Elder, a Republican media personality. Current polls show a 23% approval rating for Elder — highest of any candidate, besides Newsom. Elder believes in a “small, non-intrusive government,” opposes the minimum wage and public welfare programs, and believes matters of maternity leave as well as healthcare should be left to the market.

Democrat, Real Estate agent, and Youtuber Kevin Paffrath occupies 10% on replacement polls, rendering him third in the race. Paffrath is running on a platform of a “Future School” model, wherein Californians will be able to attend the aforementioned “Future School” — a blend of college, a trade school, and high school — for free and with a $2,000 stipend for those 18 years and older.

“Future Schools” are aimed to create a hiring pipeline and reduce crime through access to debt-free alternatives to California residents. The schools are intended to cooperate with local small and medium businesses. Paffrath’s model will be integrated with the criminal system, allowing inmates to attain an education and gain employment to avoid repeat incarceration.

Paffrath believes that the rise in cost and the lagging supply of housing in California to be a primary concern. The candidate suggests streamlining housing construction to two million homes in four years and invoking Emergency Powers to establish emergency housing in an attempt to combat homelessness with the help of the National Guard.

Lastly, Paffrath wishes to legalize gambling, pave more public and toll roads to tackle traffic congestion, eliminate income tax on the first $250,000 earned, invest in tech-based detection and response solutions to wildfires, and intends on vlogging while in office to boost transparency.

Former Republican Gov. John Cox, the fourth major candidate, boasts 4% of voter support on replacement polls. Cox promises to cut state income tax by 25%, abolish the “sanctuary state” by contributing to the construction of the U.S.-Mexico border wall, and address homelessness with a “treatment-first” strategy, requiring treatment of the homeless with mental illness and substance abuse issues prior to designating housing, as well as implementing a harsher policy of police crackdowns on public camping and public use of narcotics.

The candidate opposes mask mandates, seeking to prioritize vaccination among those 65 years and older, eliminate vaccine and testing requirements for teachers, and encourage social distancing and mask wearing to reopen schools.

Democracy enshrines the tradition of knowledge-seeking and questioning the established norms. Hence, it is always helpful to remind ourselves of the platform of all the running candidates and affirm (or reconsider) our choice for Governor. With this, I hope to have acquainted you, the reader, with the candidates and inspired you to vote this Sept. 14.