Netflix’s “Never Have I Ever,” and the Importance of Representation in Mass Media 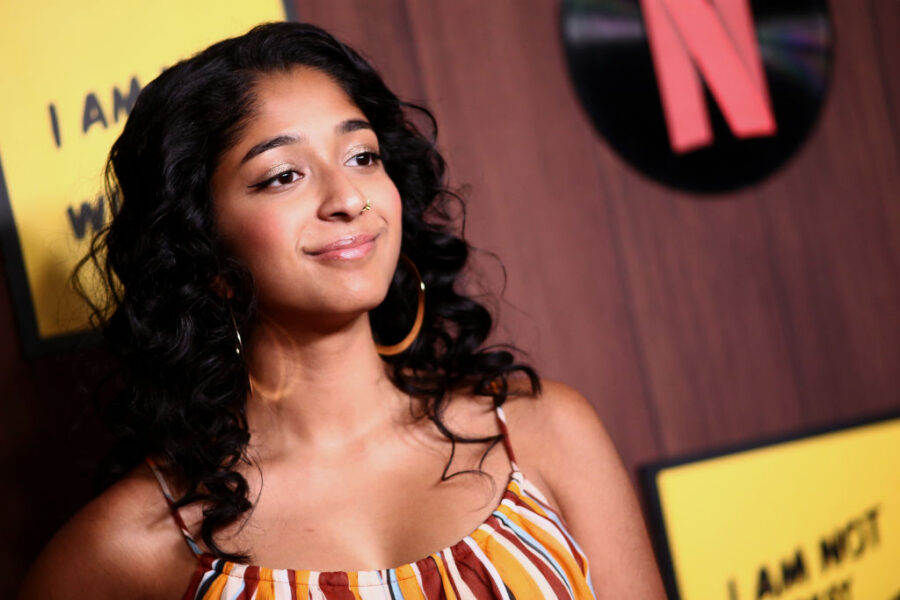 “Never Have I Ever” is a coming-of-age comedy series that premiered on Netflix in April 2020. The series follows an Indian-American high school girl named Devi dealing with her father’s death, along with her becoming temporarily paralyzed from the waist down due to the emotional trauma. Devi’s story is loosely based on the series creator, Indian-American actress and comedian Mindy Kaling, and her own upbringing in the Boston area.
Overall, the show has been received exceptionally well and applauded for its representation of a South Asian coming-of-age story with a young new actress, Maitreyi Ramakrishnan, who plays Devi, at the forefront of it. With a 97 percent approval rating on Rotten Tomatoes and a 40 million household viewership in just its first month of release, it’s safe to say that “Never Have I Ever” is a successful series that has pushed the need for more diverse on-screen representation in the right direction.
Diverse representation in Hollywood is hard to come by, even more so when it comes to accurate portrayals of different types of people, cultures, and their stories. This lack of representation is especially prevalent in coming-of-age stories and within the comedy genre. More often than not, if a show or film does have representation of an underrepresented minority, they are typically not the leading role.
Many people of color (POC) characters are relegated to being the quirky best friend like in “Marvel’s Spider-Man: Homecoming” (2017) or the exotic love interest. One article that examines two of Netflix’s most popular young-adult film series, “The Kissing Booth” and “To All The Boys I’ve Loved Before,” points out, “both of the ‘other’ people in the love triangles are PoC… It’s clear that these men of colour are only introduced as a distraction, while the white boy inevitably gets the girl with minimal effort – he just needs to show up.”
Even with the positive reception “Never Have I Ever” received for its first season, inevitably, there were still a number of viewers who criticized the show for being inaccurate in its representation and even outright offensive to individuals with disabilities. While Devi suffering from sudden paralysis and her portrayal in a wheelchair were not the issue, the brevity of portraying Devi as disabled was the main issue that critics had. With the plotline of Devi’s paralysis being wrapped up by the end of the first episode, critics point out how harmful and offensive this is to viewers who aren’t able to miraculously be healed of their paralysis like Devi was.
Moreover, critics claim that Devi, as a character, exhibits some questionable behavior when it comes to the LGBTQ+ community. One example of this from the show is when Devi makes a plan to manipulate a known gay character into becoming her boyfriend. One article reports that some viewers think these actions taken by Devi are dismissive of the legitimacy of the other characters’ sexual identity.
While “Never Have I Ever” is far from a perfect show that most accurately portrays various underrepresented people in Hollywood, it is a huge leap in the right direction. With so little South Asian representation in Hollywood, especially that of young South Asian girls in a comedic setting, “Never Have I Ever” is a refreshing take on a coming-of-age story that many people can see parts of themselves in.
The cast is great, the comedy is funny and feels natural, and the drama in Devi’s life is just relatable enough to keep viewers wanting more. Not to mention how amazing it is to see someone like Mindy Kaling telling Devi’s story being an Indian-American woman herself.
Hollywood needs more diverse representation with their on-screen characters and more minority representation behind the camera as directors, writers, and producers. Representation and diversity in Hollywood mean allowing underrepresented peoples to tell their own stories in the way they choose to in order for the representation to be as authentic and genuine as possible. While on-screen representation of underrepresented groups is important, the crucial step for accurate representation is diversity behind the scenes, something that “Never Have I Ever” did particularly well with its show creator being an Indian-American woman herself.
With the success of the first season, “Never Have I Ever” is returning to Netflix with season two in July 2021. It will be exciting to see how Devi’s story continues and how the show will continue to embed her Indian culture into the show. Despite the valid critiques of the series, it is evident that Kaling’s show proves the need for more representation in Hollywood and demonstrated the potential of success in doing so.