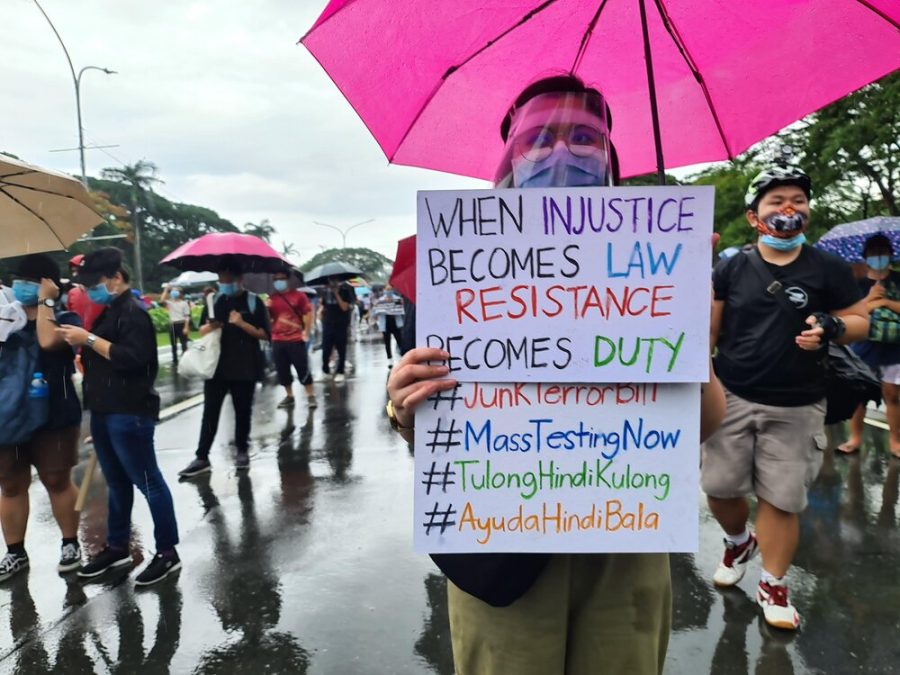 By Scarlet Schwenk, POLITICAL EDITOR
The struggle for workers’ rights around the world is commemorated on May Day, a holiday created in 19th century America by labor unions advocating for the eight-hour workday. As workers in the U.S. continue to fight for a living wage, healthcare, and other benefits, workers and journalists in the Philippines fight for the right to serve as the watchdog of their government, the most basic principle of journalism.
Activists in the Philippines who speak out against the current president (dictator) Rodrigo Duterte are thrown in jail or executed, clamping down on the rights of labor activists and those who speak out against the government. Journalists in the Philippines are fighting for editorial freedom and the right to report, free from the jaws of a dictatorial government.
Similar to the political propaganda apparatuses deployed in the United States, the Philippines successfully employs propaganda via social media. However, propaganda via social media is not exclusive to the Philippines. The 2016 presidential election was won through the spread of misinformation on social media platforms, most notably Facebook’s use of Russia backed ads, going against the basic principles of the American Democratic process: no foreign interference with elections.
The political propaganda apparatuses relating to social media as an information disseminator for the general public have resulted in vast implications for journalists, activists, and others who do not conform to the dictates of Duterte’s government.
“He unleashed a culture of impunity. He legitimized killing… [he] sows fear, so we are easily controlled by this government,” Danguilan Vitug said during the zoom conference.
In creating a culture of violence through the implementation of the Anti-Terror Law, the Philippines democracy has gone under threat as their basic freedoms to express themselves and assemble are at risk through red-tagging and baiting. The extent to which the U.S. government has successfully influenced foreign countries’ elections has led to “[them] funding these acts in the Philippines” to destabilize democracy to further American agendas overseas, a source said.
The age of surveillance capitalism continues to lead to declines of democracies around the world, as seen domestically in the United States with the foreign interference in the 2016 election to the destabilization of democracy in the Philippines. Journalists operating in small towns in the Philippines have led to the ease of government interference and surveillance, spiraling into arrests and unethical murders, such as the death of journalist Rex Cornelio who was murdered riding his motorcycle for covering environmental issues within the country. The Anti-Terror Law act of 2020 allows the Duterte administration to silence journalists and will continue to do so until workers, activists and journalists successfully overcome the international struggle for workers’ rights.
Solidarity is achievable through education, exposure, and understanding your rights as a worker within the country you are employed in. Workers’ rights in the U.S., despite the mainstream vernacular advocating for such, are rapidly declining through the gig economy and use of companies mislabeling employees as ‘independent contractors,’ a tactic deployed by Uber. Through such means, companies are able to avoid providing workplace protections guaranteed by the National Labor Relations Act of 1935, which established rights of workers to unionize, among other rights.
Proposition 22, passed in Calif in Nov. 2020, allowed for Uber to continue with the misclassification of workers to avoid providing healthcare among other rights to their workers. Prop 22 successfully passed through social media and advertisements, misleading voters to advance the company’s agenda. In doing so, California voters did not have the proper information to vote and thus relates back to the issue of social media/ads spreading misleading information in favor of companies or governments.
Workers’ rights are on the decline in the U.S. due to the spread of misinformation and exacerbated social inequalities as a result of automation. The progress unionziers physically fought for legislation in protective measures for future generations of workers are being lost amidst the decline of a functioning democracy, exhibited in both the Philippines and the United States.