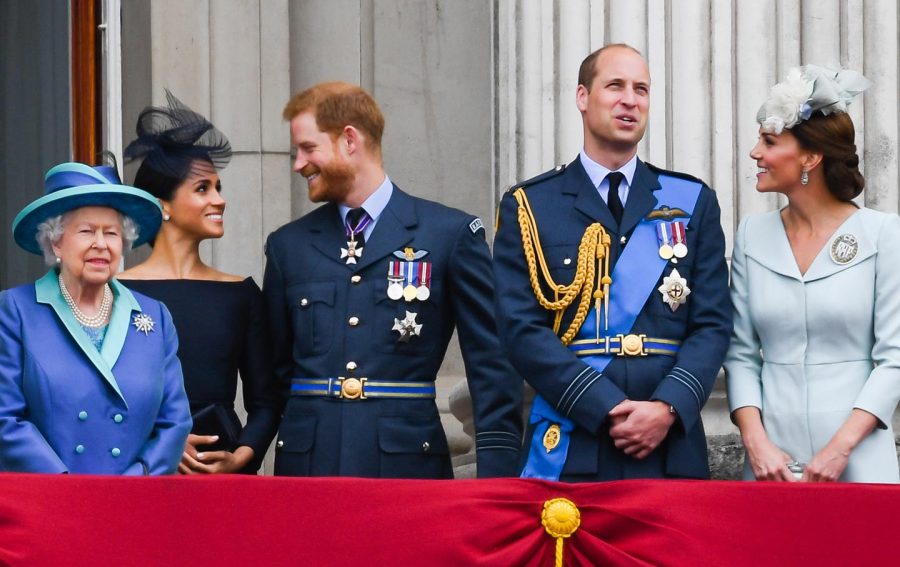 By Luke Mitchell, CONTRIBUTOR
SCOTLAND, U.K. – The historical relationship between the royal family and the people of Scotland has never been a pleasant one. Despite the Scottish wars of independence happening over 700 years ago and Scotland’s induction into the United Kingdom in 1707 being long enough ago for anyone to remember, there remains a bitter taste in many Scottish mouths about the English hierarchy.

The reasons for this differ from person to person. Much of the rebellious Scottish spirit has remained through generational inheritance. However, many simply feel the actions and opinions of the British government do not reflect those of their own nation. Additionally, what embodies the idea of the English rule better than the royal family? So naturally, many Scottish people have a natural aversion to these figures already. However, that’s not to say there haven’t been events in the past that have tarnished their seemingly spotless public image. The tragic death of Princess Diana in 1997 as a result of a car accident in Paris is an unforgettable moment.

Diana was married into the royal family via Prince Charles. The couple had issues from very early on in the marriage, with accusations of an affair towards both parties. Diana’s death is shrouded in conspiracy as she, for one, appeared to be very non-conformist to the royal family’s pre-determined code and behavior and was also rumored to be pregnant with the child of Mohammed Al-Fayed.

The conspiracy suggests that the idea of a non-Christian addition to the royal family caused great discomfort within the royal family. Although these accusations are compelling and there exists a wealth of strong evidence, these theories have never been proved to be true. Jump to 21 years later – Meghan Markle, a mixed-race American woman, marries Prince Harry.

She was met with a warm welcome from the vast majority of the British public, but the question of the royal’s opinion of her race was always in the back of people’s minds. At first, all seemed well. Their marriage was watched by tens of millions of people around the globe, high-profile guests such as Oprah Winfrey attended the ceremony, and five months later, the couple announced that they were expecting their first child, Archie Harrison Mountbatten-Windsor who was born in May 2019 and is seventh in line to the throne.

In January 2020, the couple first announced their intentions to step back as working royals. After discussions with the family, it was agreed that they were allowed to pursue their new lives, given that they ceased using the word ‘royal’ in any professional branding. This point is where the media began to detect tension within the family concerning Meghan.

Many media outlets suggested that this was a plan of hers from the beginning and implied that she had married only for the attention and influence. This type of narrative in the British media towards famous women is appalling but not surprising. Much of England is still highly patriotic and fully supports the royal family, so to see members part ways intentionally may have been perceived as slightly arrogant on their part. The couple then proceeded to create an array of projects, including deals with Netflix and Spotify. The couple continued to lead a private and reserved life until Feb. 14, when they announced they were expecting their second child.

Shortly after this, they conducted a landmark interview with Oprah Winfrey, detailing many points about their relationship with the royal family. Perhaps the most disturbing aspect that was highlighted in the interview was the fact that there had been a discussion with Prince Harry and a member of the royal family addressing concern for the color of their unborn child’s skin. Harry never disclosed the identity of the member.

This specific portion of the interview became the headline for British news articles the next day. The headlines of the newspapers remained the same, but the portrayal of Meghan differed. Generally, the couple was praised for their bravery to come forward and make public the issues that they have had with the royals.

In other news outlets, however, Meghan was labeled as a manipulative person. Many news articles doubted her claims and admissions, suggesting that she was plotting this kind of public disgrace to the family for a long time. Piers Morgan, the host of Good Morning Britain, stormed off an interview mid-air after debating with someone who defended Meghan Markle. The next day, Morgan resigned as host of the show.

The opinion of the Scottish people is vastly the same. They are disgusted, but they are not surprised. After all, you only have to go back twenty years to Princess Diana’s death to find evidence of racism and bigotry within the royal family.

A public statement was released shortly after by the royal family, stating, “The whole family is saddened to learn the full extent of how challenging the last few years have been for Harry and Meghan. While some recollections may vary, they are taken very seriously and will be addressed by the family privately.”

Although this statement is supportive of Meghan and Harry, history suggests that not much will change. The people will always have their opinions on the royal family, and conspiracies will surface with differing levels of validity. Hopefully, the future is bright for the British people, and the couple’s interview is a strong step forward for tackling racism in our country.