“Do I Have Imposter Syndrome Or Am I Just Bad?” 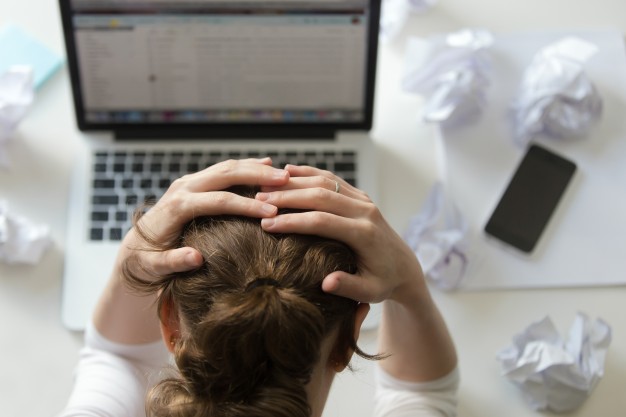 By Sarah Rodriguez, CONTRIBUTOR
College students face a variety of societal and academic pressures within their day-to-day lives. A common anxiety-induced condition among college students includes something known as “Imposter Syndrome.” After a quick google search graciously provided the Reddit question in which this article’s title is derived, it seemed like the topic at hand was more of a joke. At first glance, the question ending in, “or am I just bad” seemed funny, but after seeing the thread responses stretch into the hundreds, it became clear that this is a question we might ask ourselves without noticing.
First, what really is imposter syndrome? As defined by the Oxford Dictionary, it is “the persistent inability to believe that one’s success is deserved or has been legitimately achieved as a result of one’s own efforts or skills.” In simpler terms, you feel like a fraud.
This psychological pattern is a combination of both anxiety and the feeling of inadequacy. Individuals that have suffered from this way of thinking described it as a constant fear of being exposed as an imposter, thus dubbing the name Imposter Syndrome. Whether you’ve experienced this or not, Imposter Syndrome is a lot more common than you may think.
Last year, a study conducted by research experts at Washington State University and Indiana University observed 818 college students explicitly enrolled in Science, Technology, Engineering and Math courses (STEM). The study revealed that among these individuals, the pressure of academic competition was “especially detrimental for first-generation college students” as the effects were “much greater” than their peers who were not the first in their families to attend a university.
The undergraduate student body at California State University, East Bay, comprises an astounding 51 percent first-generation college students- meaning more than half of our university may struggle with either Imposter Syndrome or similar conditions.
This raises the question, what are the effects of Imposter Syndrome? The same study concluded that there were links to academic decline among those students with imposter feelings that predicted a decrease in overall classroom engagement, attendance, and grades, with an increase in dropout intentions.
If you’re one of the millions of individuals that experience this, it’s not too late to limit its effects. Author and internationally recognized expert on Imposter Syndrome, Valarie Young, shares ten steps to overcoming the condition- here are a few.
As Young says, start “separating feelings from fact” by learning to distinguish between feeling like a fraud and actually being one- because it’s totally normal to feel that way from time to time. Additionally, Young states that it’s important to “recognize when you should feel fraudulent.” She says feeling misplaced in an environment can cause you to second-guess yourself and, in turn, foster doubt. Instead, recognize that you are one of a few in a classroom or workplace and view the discomfort as “a normal response to being on the receiving end of social stereotypes.”
Lastly, Young encourages her audiences to “develop a new script”- an internal script that is. When you’re in a situation that triggers imposter feelings, instead of glancing around the room and thinking, “everyone here is so brilliant…and I’m not,” start thinking, “everyone here is so brilliant- I know I’ll learn a lot.” This way, situations you might view as overwhelming will instead be perceived as opportunities.
The bottom line is this- college is intimidating. Whether you’re the first in your family to attend university or not, it’s natural to feel like you are struggling under the weight of higher education. Nevertheless, you made it this far, and you are deserving of everything you’ve accomplished.