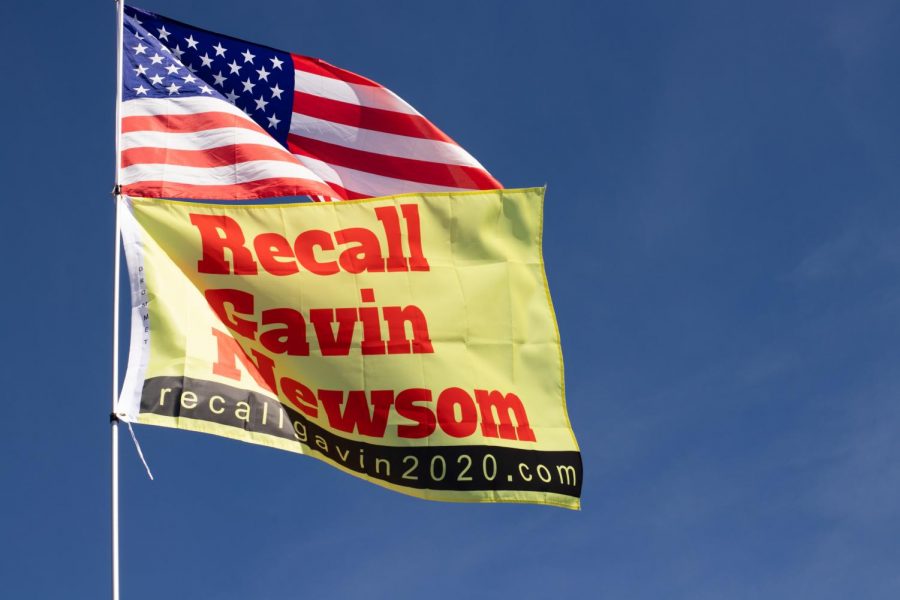 Signatures by local activists and support from RNC lead charge to recall Newsom
The Republicans of California have been gathering signatures to prompt a recall of Governor Gavin Newsom. A recall requires 1.5 million signatures and the organizers of the movement behind recalling Newsom announced that they have over 2 million signatures on March 11.
The Republican National Committee invested $250,000 into the recall campaign. The recall was sparked because Republicans believe that Gov. Newsom is not suitable for the job.
“Gov. Newsom’s authoritarian measures, blatant overreach, and complete mishandling of the COVID-19 pandemic have proven that he is woefully unqualified to lead the state of California,” RNC Chair Ronna McDaniel said in a statement.
Newsom responded on March 15 by launching a campaign and a website titled Stoptherepublicanrecall.com. The website pins the recall efforts on radical Republicans.
Under a tab titled ‘Who is behind the recall?’ the website states, “A partisan, Republican coalition of national Republicans, anti-vaxxers, Q-Anon conspiracy theorists and anti-immigrant Trump supporters.”
Gov. Newsom has garnered the support of Sen. Elizabeth Warren, Bernie Sanders, Alex Padilla, Corey Booker, Stacey Abrams, and the California Democratic Party to fight against the recall. The CDP invested $250,000 into the campaign on March 15. President Joe Biden and Vice President Kamala Harris have not publicly joined this fight in the recall.
The organizers of the recall had until 5 p.m., on March 17 to collect signatures and election officials have until April 29 to verify the signatures. If more than 1,497,000 signatures are valid, then there will be an election to keep or recall Gov. Newsom.
Newsom tweeted his efforts to fight the recall on March 15.
“I won’t be distracted by this partisan, Republican recall — but I will fight it,” he said.
“There is too much at stake. Getting Californians vaccinated, our economy safely reopened, and our kids back in school are simply too important to risk.”
A poll conducted by Emerson College and Nexstar Media showed how divided the state is on this issue. 38 percent of the people would vote to recall Gov. Newsom, 42 percent would vote to keep him in office, 14 percent were undecided and 6 percent would not vote. These numbers would indicate why a counter-campaign was necessary for Gov. Newsom.
March 17 was an important day for Gov. Newsom and California. That day determined whether a vote is needed to keep or recall the governor and will shape the future of California.