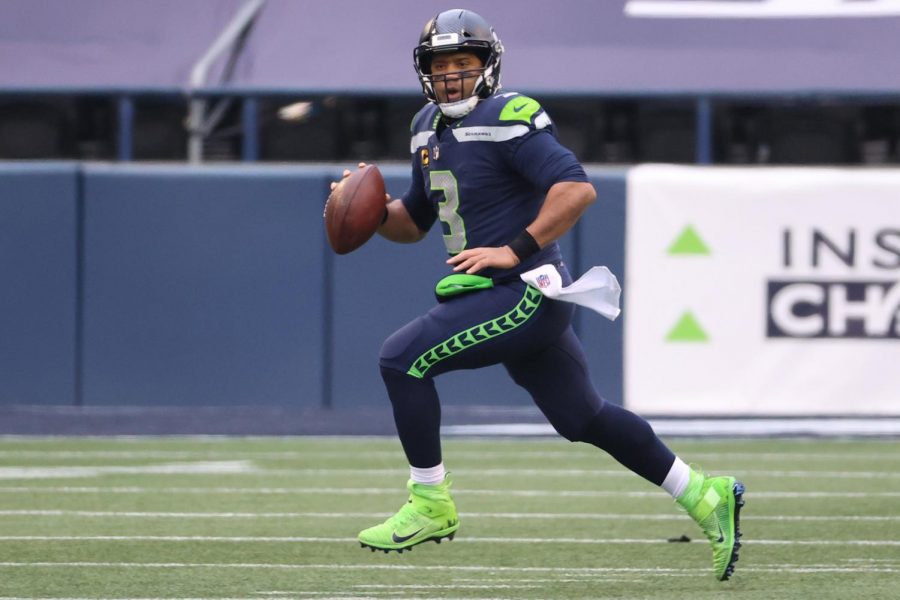 Seahawks QB has listed four teams he would consider being traded to.
As the National Football League offseason continues to unfold, more rumors and potential moves are surfacing by the day. Former Los Angeles Rams quarterback, Jared Goff, has already been traded to the Detroit Lions for their former QB, Matthew Stafford. Houston Texans QB, Deshaun Watson, has requested a trade from his team. Dallas Cowboys QB Dak Prescott has yet to sign a deal to stay in Dallas.
The next QB to have his name in rumors is Seattle Seahawks QB, Russell Wilson. Wilson has not yet officially requested a trade but has said publicly that he would consider the Saints, Bears, Raiders, or Cowboys if he is traded. Wilson has a no-trade clause in his contract which blocks him from being traded if he doesn’t agree to it.
In a letter to season ticket holders Monday, March 8, the letter mentions the contributions of wide receivers Tyler Lockett and D.K. Metcalf last season and the additions of new staff members. It does not mention Wilson in this letter, which could be a sign of things to come.
The team has been answering calls that other teams have made about Wilson, according to Entertainment and Sports Programming Network reporter Dianna Russini. The fact that the team is open to communication on their QB is very telling.
Rams defensive lineman, Michael Brockers, joined the NFL Network’s Good Morning Football and discussed how he feels about the situation.
“You cross your fingers a little bit,” Brockers said. “You hope whatever you hear is true, and he’s out of here, so you don’t have to chase him around twice a year. For the most part, he’s a phenomenal player, but if he chooses to leave and leave the division and make it a bit little easier for us, man, to each his own.”
If Brockers were to get his wish, which destination would fit Wilson the most?
The Saints offer the best circumstances out of the four teams listed. They have the best weapons, and they are the most balanced team out of the four. Saints WR Michael Thomas is one of the best receivers in football when healthy. Running back Alvin Kamara is also one of the best at his position.
The Saints were also fourth in the league on defense in total yards allowed and fifth in points allowed. They are the only team on the list that can give you elite options on offense and an elite defense.
In the coming weeks, NFL fans will have their eyes glued to the news circuit to see what happens with Wilson, where he goes, shifts the balance of power in the NFL tremendously. With the draft approaching on April 29, we will see if the Seahawks make a move.