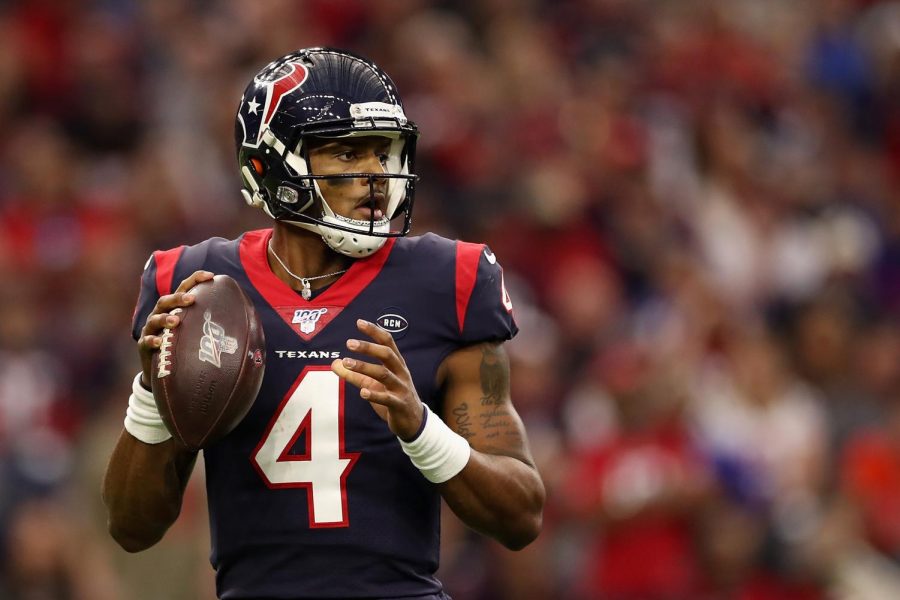 By Terence Allen, STAFF WRITER
A look at the best possible destinations for QB Deshaun Watson

The Tampa Bay Buccaneers just won Super Bowl LIV but that doesn’t mean the National Football League season is over. The NFL is a year-long sport in the sense that even in the offseason, there is plenty of action happening.
Former Detroit Lions quarterback, Matthew Stafford, has already been traded to the Los Angeles Rams in a blockbuster move. Perhaps the biggest story of this off-season is the Deshaun Watson sweepstakes. Watson requested a trade after the Houston Texans finished their season with a record of four wins and 12 losses. Watson requested to be traded on Jan. 28 according to Entertainment and Sports Programming Network NFL insider Adam Schefter. The trade request comes after the team did not consult him on hiring their general manager, Nick Caserio. Along with not having input on the team’s GM, Watson’s top receiver and friend DeAndre Hopkins was traded to the Arizona Cardinals last offseason.
Watson signed a four-year, $156 million contract extension in September 2020. This extension, along with the ability for teams to franchise tag players for three years, can make it difficult for Watson to be on a different team until 2028. The Texans have also insisted that they won’t trade Watson according to ESPN. If Watson is to be traded, these are the top five destinations for him to go to.
The Dallas Cowboys are an intriguing team. This is a team that is in contract negotiations with their QB, Dak Prescott, which neither side is close on according to Adam Schefter. This is the reason that makes them interesting.
They would be able to get a franchise QB who is already under contract and one who is not coming off of a season-ending injury. The Cowboys boast a plethora of weapons on the offensive side of the ball including wide receiver Amari Cooper and running back Ezekiel Elliot to pair with Watson. This would not be a complete fix situation, as the Cowboys had the second-worst rush defense and fifth-worst scoring defense, but it would make their offense extremely potent and hard to stop.
The San Francisco 49ers are another team that could benefit from the services of Watson. A common saying in sports is “the best ability is availability” and that is something that QB Jimmy Garoppolo has not been for the 49ers. In three full seasons with the team, Garoppolo has only started 25 out of the 48 possible games. It is hard for a team to maintain consistency when their starting QB is hurt and producing a cap hit of over $53 million in the next two seasons according to Adam Schefter.
The third team on this list is the Chicago Bears. The Bears were the 26th offense in terms of yards last season, and would surely improve with Watson. They went 8-8 and earned a playoff appearance last season. With an improvement at the QB position and All-Pro linebacker Khalil Mack leading the defense, that would create a dangerous team for the future.
Another team that would be a great fit for Watson would be the Miami Dolphins. The Dolphins’ defense lead the league in takeaways in 2020 and were fifth in scoring defense. They have a young and improving QB, Tua Tagovailoa, but they have a defense that is ready to win now.
The last team on this list is the Indianapolis Colts. 17-year veteran Phillip Rivers announced his retirement on Jan. 20 which leaves an opening at starting QB for the team. They were top 10 in points and total yards on offense in 2020. With a more mobile and dynamic QB like Watson, those numbers could increase and the Colts could become a contender.
The future for Watson is uncertain at the moment as the team claims they are not willing to trade him. He may be a Texan next year or with another team. Time will tell what happens to a young star in the NFL.