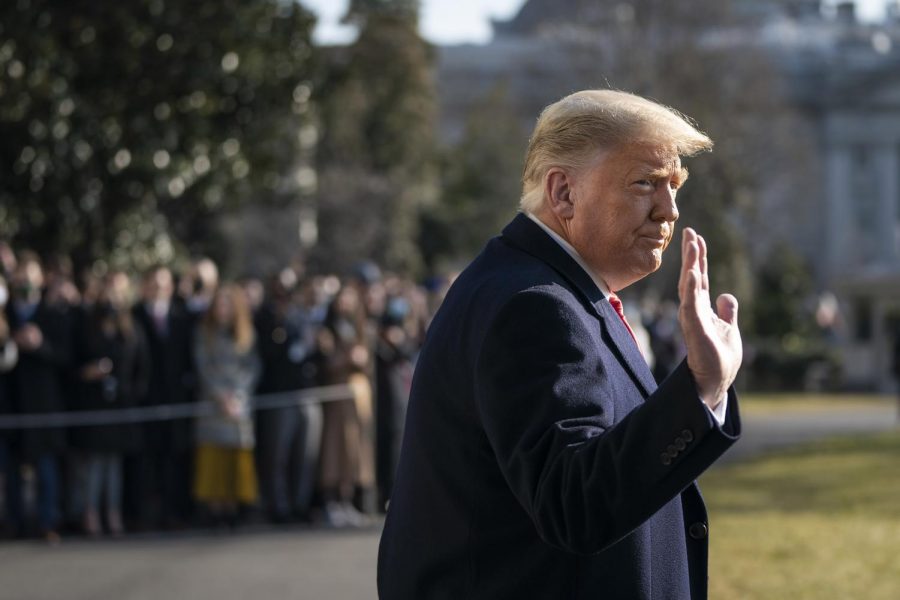 Former President Donald Trump is set to have an impeachment trial facing charges of “incitement of insurrection.”
By Terrence Allen, STAFF WRITER
2020 was a year that no one in the world will ever forget. COVID-19 and protests against the police killing unarmed Black civilians were among the most pressing issues of the year. It also brought to light the division amongst the people of the United States and showcased some of the racial tension in the country. Although it is only February, 2021 has already cemented itself in the history books.
On Jan. 6, protestors stormed the United States Capitol in response to outgoing President Donald Trump losing the presidential election. These actions sparked another historical moment, Trump’s second impeachment.
No president has ever been impeached twice in the history of the United States. The only other presidents to have been impeached were Bill Clinton and Andrew Johnson. Neither Clinton nor Johnson was convicted.
Trump was impeached for the first time on Dec. 18, 2019 for abuse of power and obstruction of Congress. On Feb. 5, 2020, he was acquitted of those charges by the U.S. Senate.
The article of impeachment for the second time is “incitement of insurrection.” The article claims that Trump’s words incited the crowd of protestors to act violently in defiance of the election results.
Trump’s presidency officially ended on Jan. 20, so his conviction wouldn’t remove him as the current president, but it would bar him from holding public office in the future. It would also disqualify him from the $200,000+ pension and his travel allowance.
If he is not convicted, he is eligible to run again in 2024. If he is re-elected in 2024, Trump would join Grover
Cleveland as the only presidents who were defeated for reelection but won the election the following term.
A two-thirds majority vote in the U.S. Senate is needed to convict Trump. There are currently 50 Democrats and 50 Republicans in the Senate, meaning the Democrats would need 17 Republicans to vote with them during the trial in order to obtain a conviction.
On Jan. 26, there was a procedural vote which saw a 55-45 vote in favor of going forward with the trial. If these votes are an indicator of how the trial will be voted, then it is unlikely that Trump will be convicted of any crimes.
The decision to impeach a former president is controversial in and of itself. Republicans argue that it is unconstitutional to hold an impeachment trial for someone who is not in office, while Democrats argue that it is constitutional because he committed the crime of inciting insurrection while in office.
Two of Trump’s defense attorneys, Butch Bowers and Deborah Barbier, have left his defense team with less than two weeks before the trial is scheduled to begin, on Feb. 8.