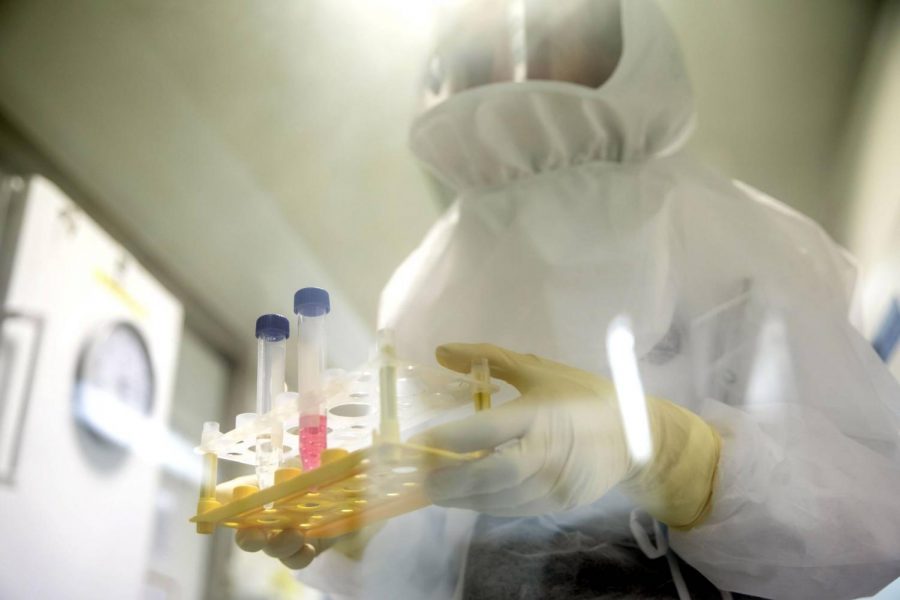 By Scarlet Schwenk, POLITICAL EDITOR
As COVID-19 deaths near almost 500,000 at the beginning of February Americans remain anxious about the state of their health and economic lives.
The slow vaccine rollout is leaving thousands of Americans wondering when they will get their turn for vaccinations. COVID-19 has created breeding grounds for a new set of black market products, beginning with the falsification of hand sanitizer in the early stages of the pandemic.
With a slow vaccination process, America’s wealthy class and those with political connections are seizing the opportunity to cut in line for vaccinations, some posing as healthcare professionals. According to experts, it was only inevitable a black market would emerge from the Trump Administration’s failure to adequately set guidelines for inoculation.
Nico Passas, a Northwestern University Professor, spoke out in a discussion regarding the black market citing fear of “falsified” products which “undermines…public health of the community.”
Scholars across the country worry about the new wave of mistrust from marginalized communities with the government’s record of vaccinating communities of color. Such as the Tuskegee Study in which Black men were infected with syphilis and did not receive adequate treatment, despite the promise made by Public Health Officials. The falsified vaccines being sold for high market value, as Passas warns, will only exacerbate the mistrust of vaccination from the Black and Latino communities.
According to polls run by ABC News, over 60% of people vaccinated in America are white, with the Black community trailing behind with an underwhelming five percent. Black and Latino communities disproportionately suffering during the pandemic are now facing a new set of challenges of how to receive a vaccine.
Meanwhile, teachers of California’s wealthy Los Gatos Union School District experienced a push from superintendent Paul Johnson to pose as healthcare workers to receive a vaccine earlier, despite the state’s vaccination guidelines.
Multiple states, including New York, are taking steps to ensure a decrease in the black market supply of the COVID-19 vaccine. Gov. Andrew Cuomo of New York issued a formal statement claiming he will impose $1 million fines to those who do not comply with guidelines set by the state, in addition to threatening the removal of doctors and nurses who further do not comply.
Reports from Miami media outlets have recorded millionaire hospital donors purchasing eligibility through donations, flying to Florida to receive the vaccine before healthcare workers and other groups on the frontlines. Elderly people and healthcare workers continue to struggle for vaccination appointments, despite meeting the state’s guidelines for eligibility. The Miami Herald reports at least three public hospitals already offering special access to inoculation.
In a free market, scarcity drives the price and desire of a good or service, such as toilet paper and masks, during the wake of the pandemic. As a result of vaccine scarcity in America paired with a failed roll-out plan, Americans will likely see a hike in prices soon enough.
California has not reported a fear of falsified vaccines or an emerging black market within the state, though officials urge citizens to reach out to a fraud hotline if they suspect as such.

The Future of Vaccinations in America

The White House announced on its website President Biden will launch the “Federal Retail Pharmacy Program for COVID-19 Vaccination.”
Under this program, the Biden Administration seeks to increase access to COVID-19 vaccinations across the country, partnering with local pharmacies to begin mass inoculation to over 40,000 pharmacy locations. Eligible groups will be able to receive vaccines at their pharmacies beginning on Feb. 11.
The administration claims to have produced over a 22% increase in vaccine supplies since Jan. 20, committing to the American people to remain at this speed for the foreseeable future. The 22% increase of vaccines equates to an additional 10.5 million vaccines.
The Biden-Harris Administration is ramping up production efforts to achieve Biden’s promise of getting 100 million vaccines into the arms of Americans within his first 100 days in office, averaging about 1 million shots per day. Biden clarified in a press conference on Jan. 26 100 million shots “means somewhere between 60 million” people or less.
Biden’s 100th day in office is April 30. Herd immunity will not be achieved by then as Dr. Anthony Fauci points out it will take at least 70% of the population to become inoculated to properly achieve herd immunity.
At this rate, experts warn we will not receive herd immunity until early 2022 if the vaccines are still effective against the rapidly developing mutations originally identified in South Africa and the United Kingdom. Both strains are believed to be more transmissible and deadly. Health experts warn the U.K strain has the power to become the leading strain in the United States by March.

A Return to Normalcy

Experts are unsure of how and when Americans can expect a return to normalcy. That is a life without social distancing, mask-wearing, and quarantine.
Some health experts expect with a sped-up rate of vaccinations, we can expect a return to somewhat normalcy by Fall 2021, others suspect Summer 2021. All predictions are highly likely to change with the spread of new infectious mutations and the amount of Americans willing to receive the vaccine.
International travel will experience a new way of travel with the prospect of a vaccine passport, showing you have been vaccinated or tested for COVID-19 in order to travel internationally.
For now, we are all urged to wear a mask, practice social distancing, and remain at home when possible.