The Persistence of Creation 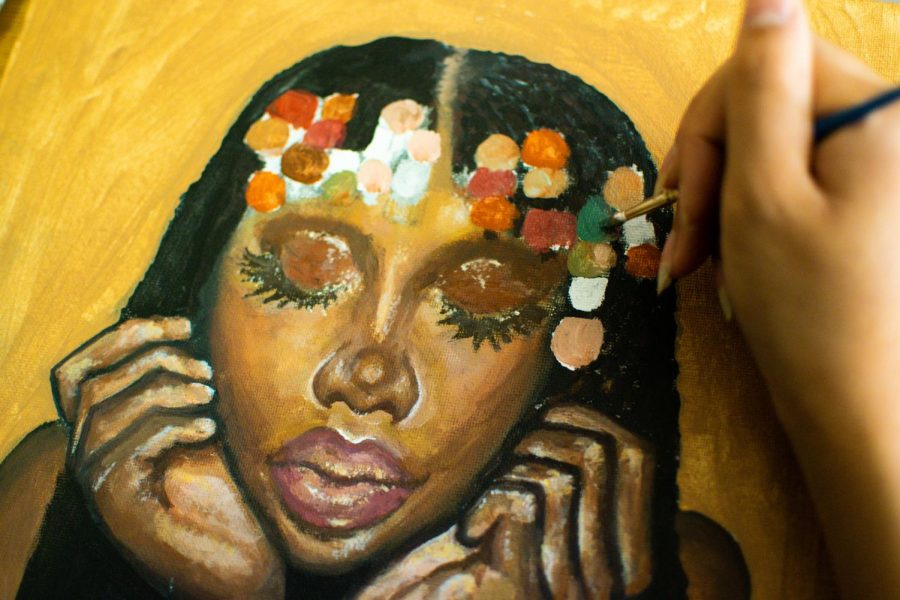 “Photographing and reporting, the persistence of creative artists during times of a pandemic.”
“The Persistence of Creation,” a photojournalist story follows the narrative of three artists during COVID-19. Showcased at the beginning of this story is a Union City-based recording artists: Kevin Prasad (aka “KVP”) and Roman Huerta (aka OneDayRo) in a lo-fi studio session recording for Kevin’s new EP coming out with the tracks titled “99” and “Infinity” inspired by the Bay Area classic “93’ til infinity” by the Souls of Mischief. Following the first five photos would be Aerielle Ulip, whose pronouns are “They/She”, a Hayward-based painter, most notable for creating music-related paintings.
These individuals find themselves creating art and do their best to keep creating as these dark times proceed into the next year. Creation, when found within, can be utilized in a powerful and productive way to cope with current events, and the artists captured for this story exude that exact idea due to their persistence of creating. 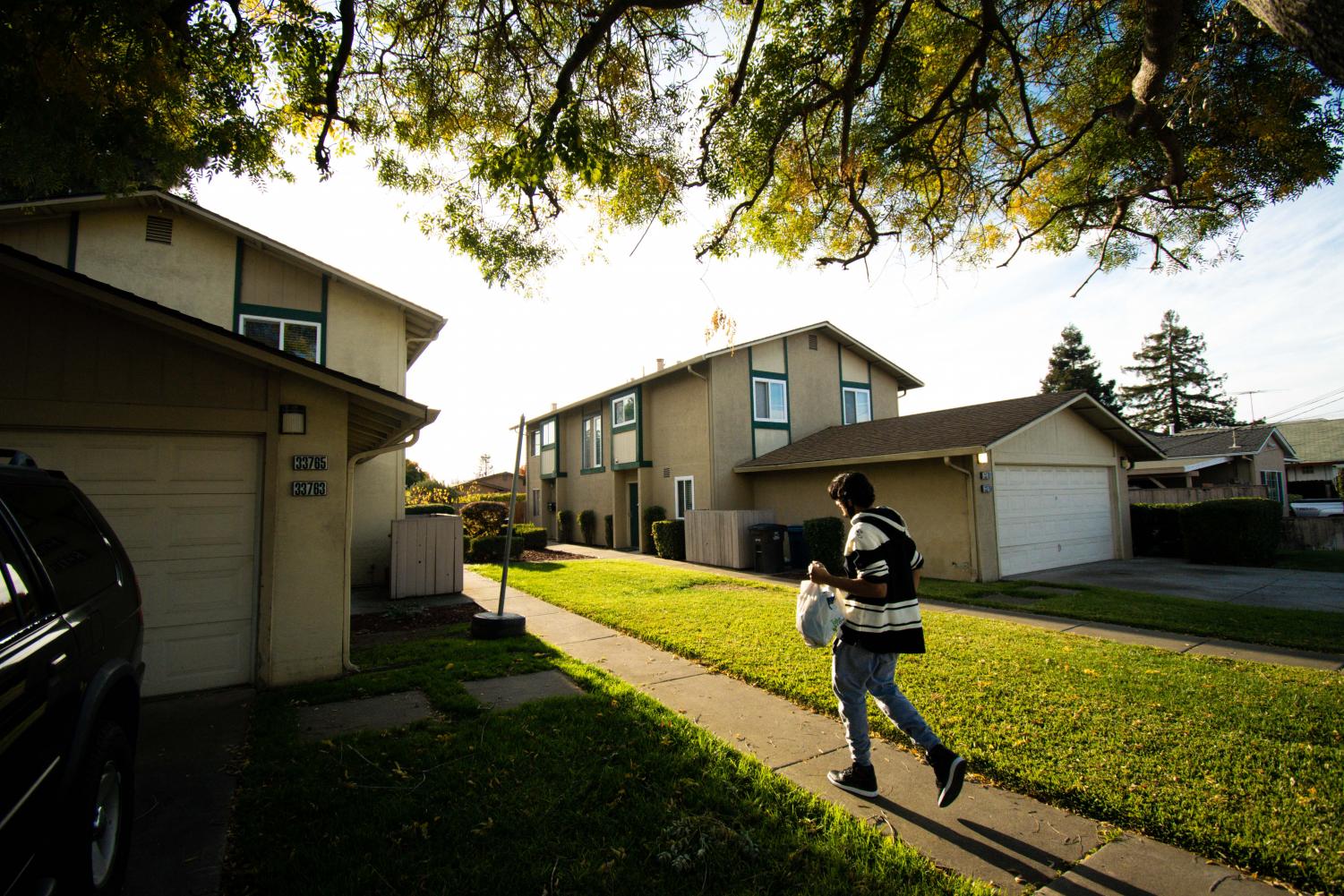 On Nov 21, Kevin on his way towards the Huerta residence for a “studio sesh” with Roman scheduled during the afternoon. Kevin says purchasing snacks is beneficial for the recording session and boosts morale so he insisted that prior to going to Roman’s house, we purchased some snacks for all of us. 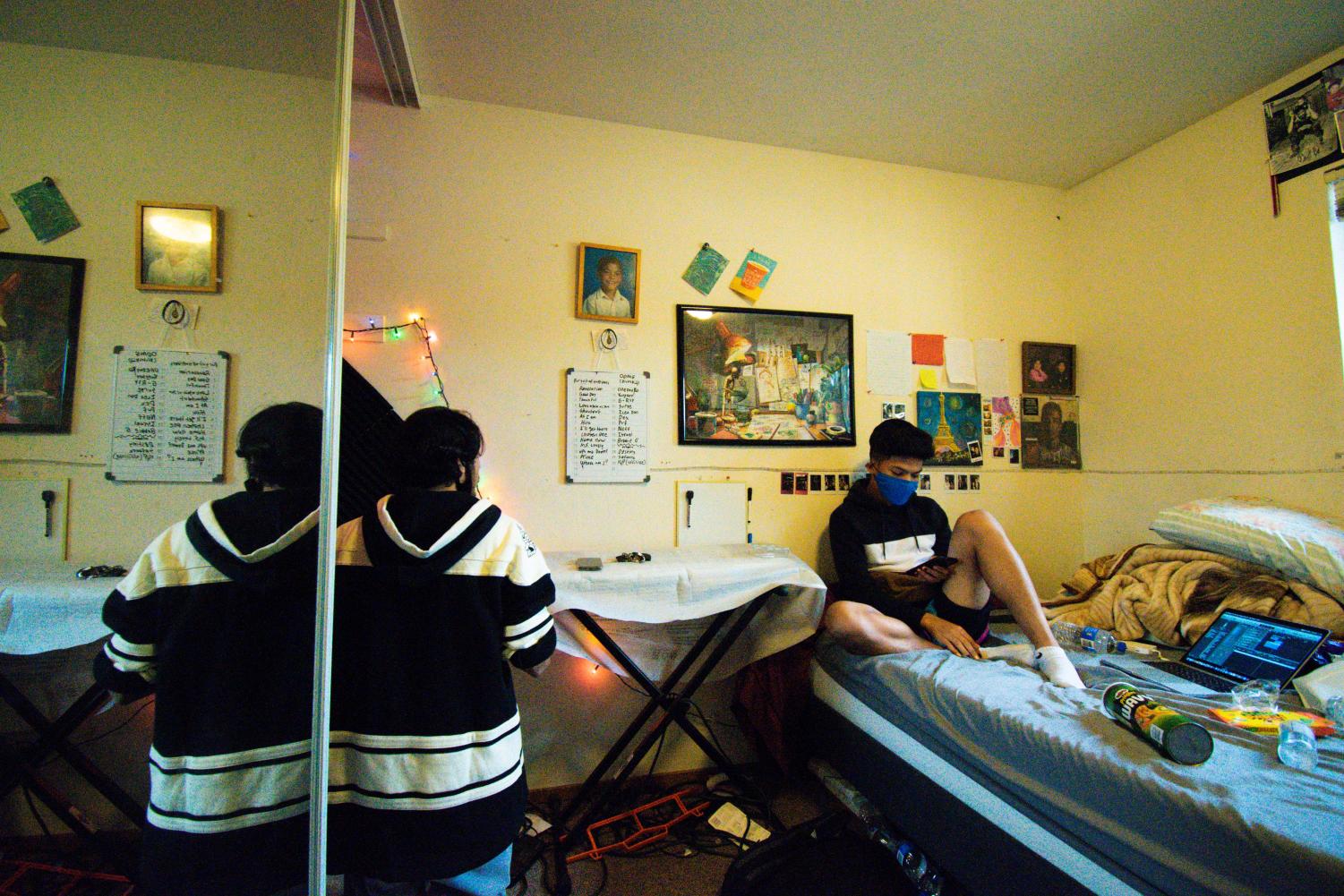 Kevin and Roman have settled and shared some snacks and the time to record has come. Kevin begins preparing as Roman prepares the track on his laptop to play in the background for Kevin. Kevin often stops recording to ask Roman advice on how his inflections, cadence, and delivery should sound in his music. 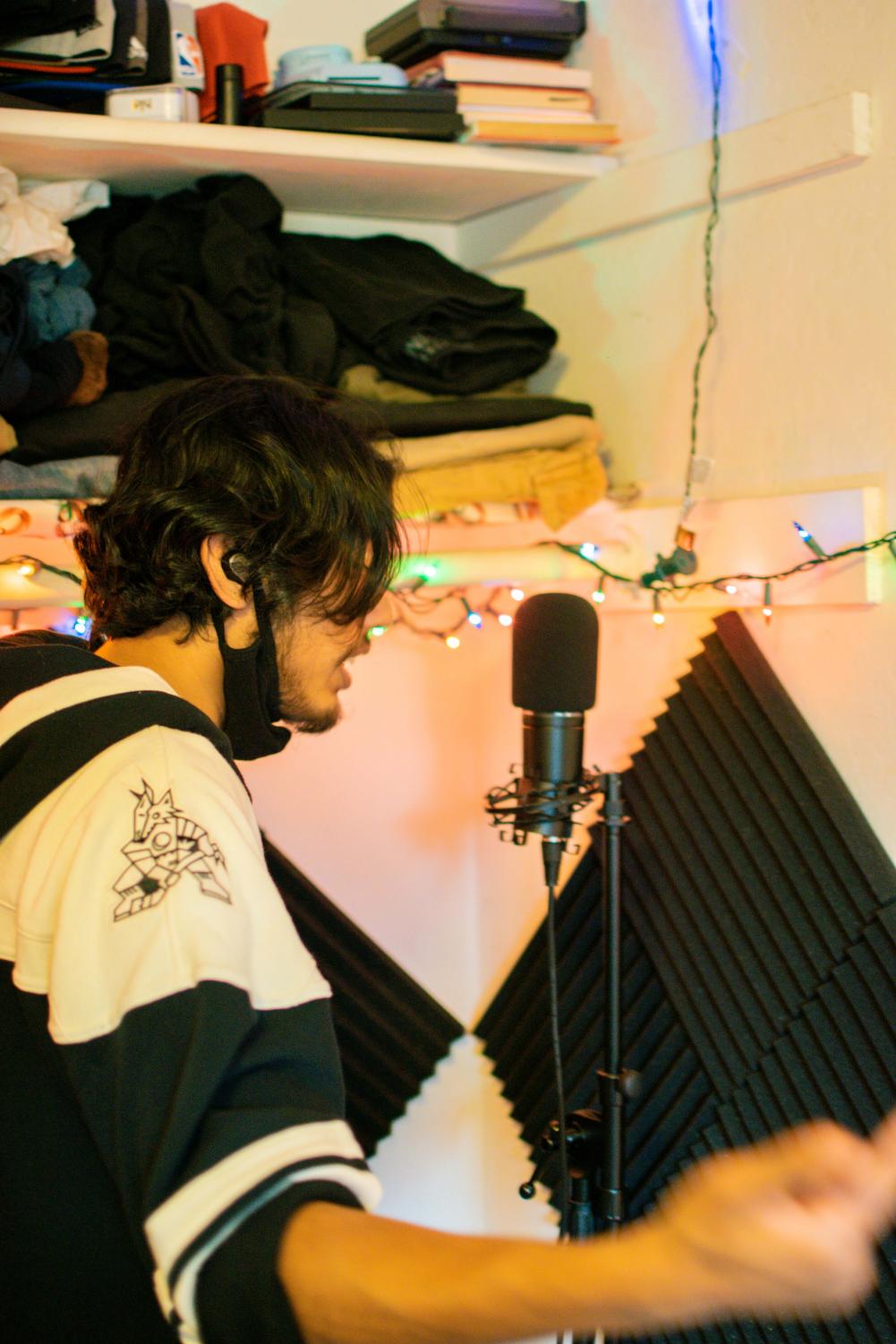 KVP in action recording for his song titled “99”. Kevin in his raps undergoes the persona of “KVP” and unleashes extremely lyrical lines with an east-coast style delivery. He draws inspiration from his favorite artists such as Wu-Tang Clan, Kendrick Lamar, and Eminem. 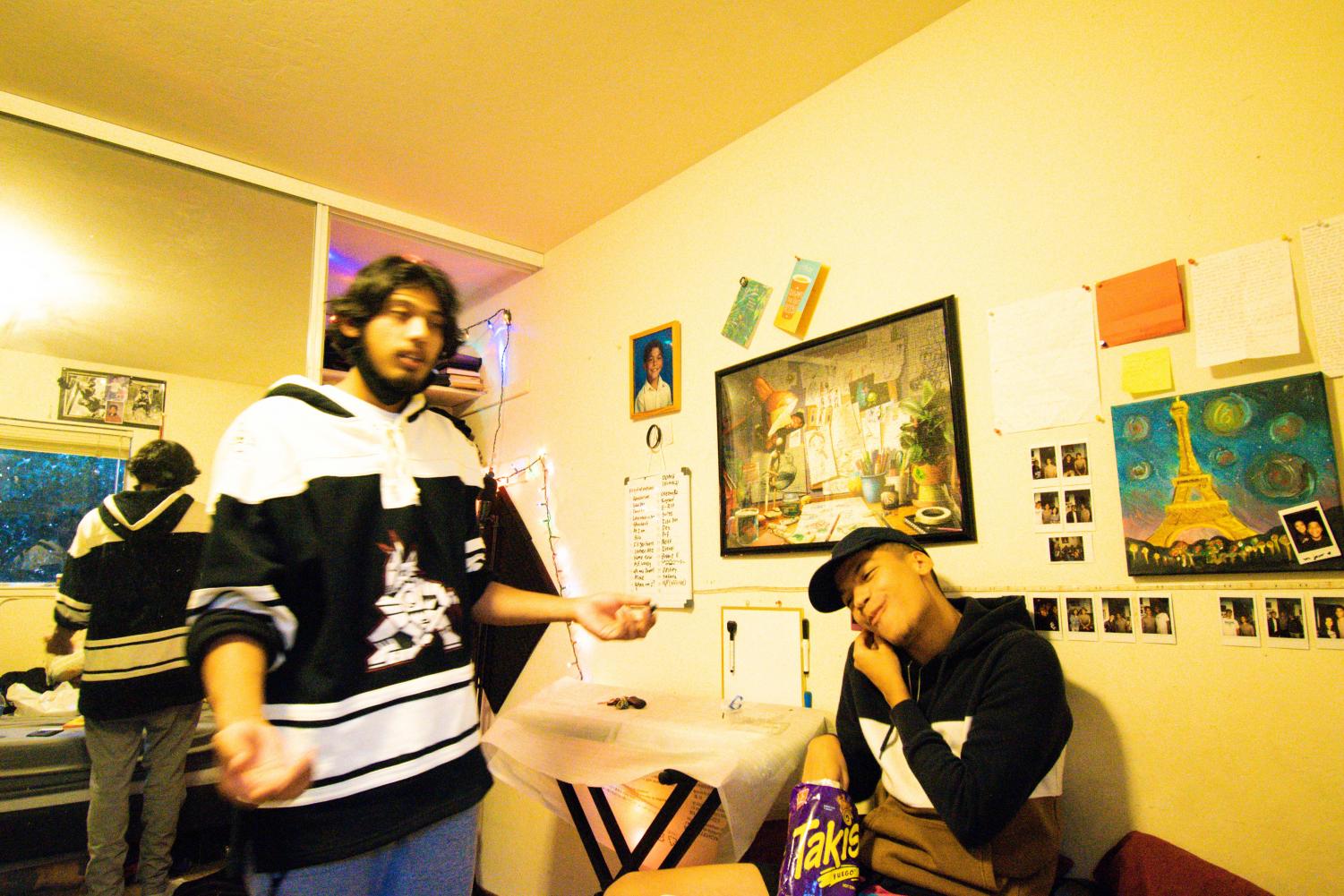 As the night progresses, Kevin saves his recording and requests from OneDayRo his opinion on how the track went. Whether he should change the pronunciation of a phrase, if he felt a bit quick on the beat, or if there’s anything generally that he should do. Roman and Kevin have been friends since middle school and both have been pursuing music for a while now. Roman began early in high school and Kevin released his first song earlier this year. 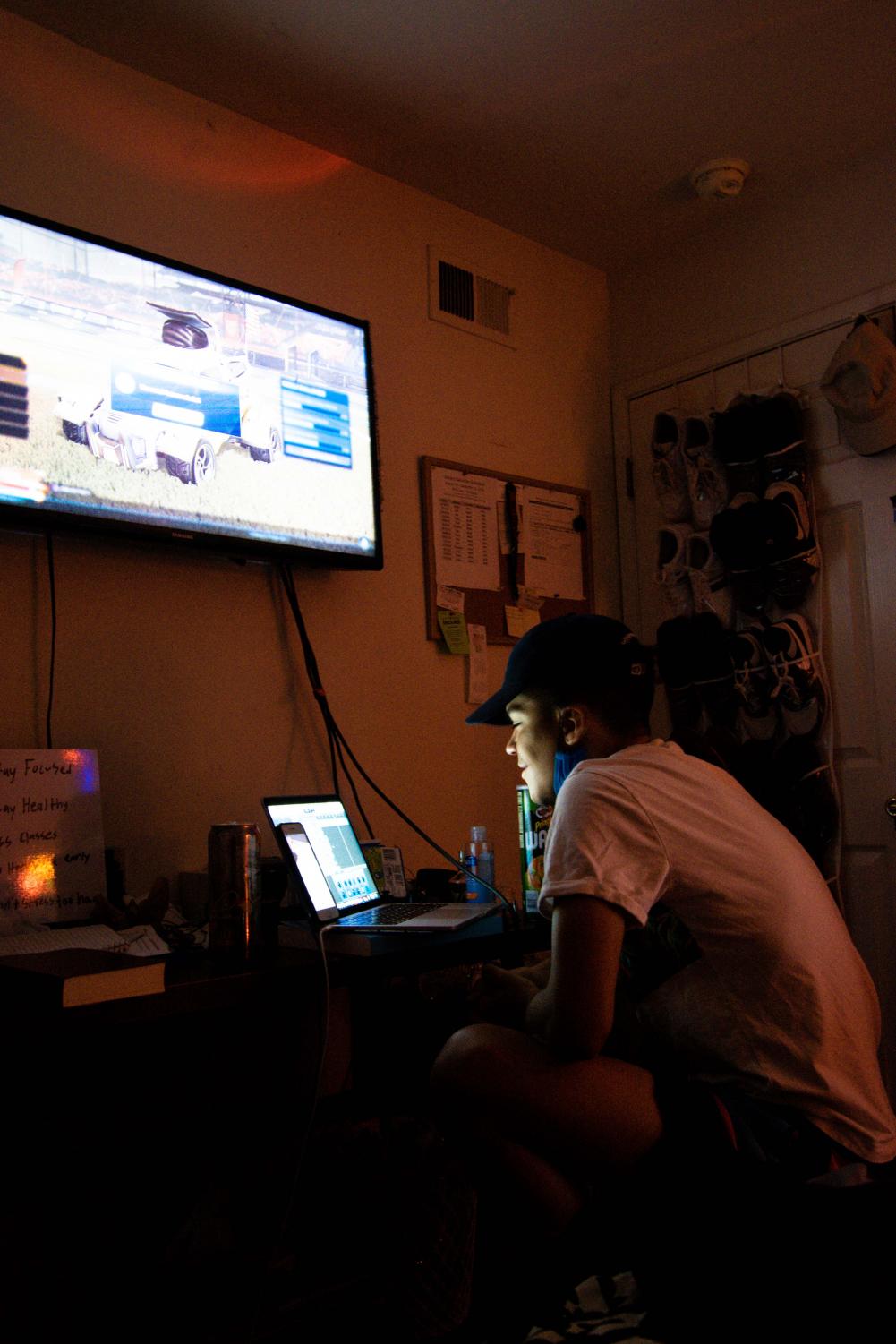 Later in the night, Roman then transfers to the desk on the side with the vocals recorded from KVP and gives a call to their mutual producer friend 5mith, pronounced smith, who just so happened to be working on some instrumentals as they called. The energy of the room was extremely different once the call began, Kevin and Roman played the song for 5mith, Kevin finalized a payment to the producer, and they all were extremely excited and prepared to put out Kevin’s new EP. 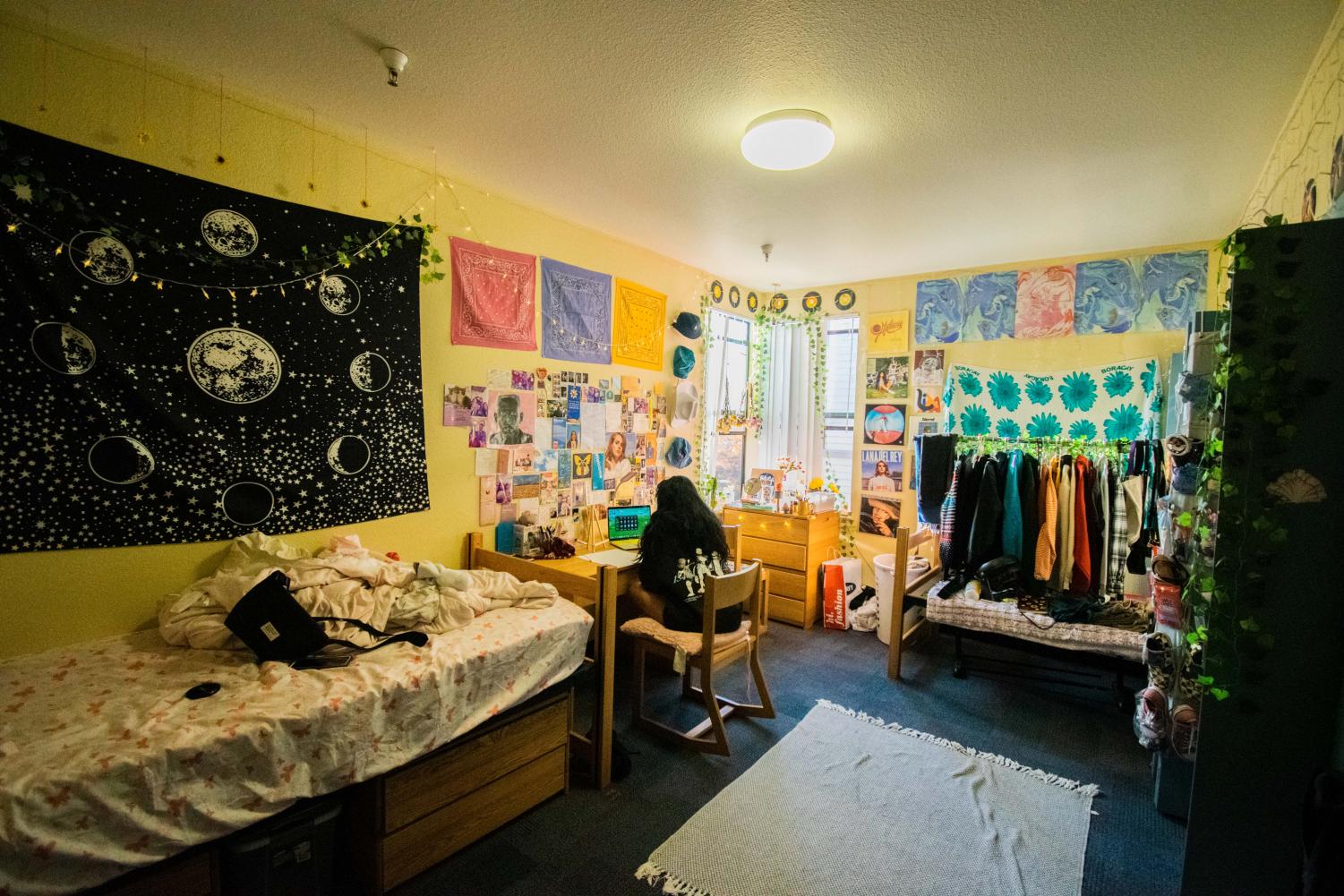 On Dec 4, upon requesting Aerielle if we could shoot their artistry, I had insisted if I could come in the morning to take wide shots of their bedroom. Aerielle is preparing for their painting by grabbing a photo for reference off of their downloads. Arielle’s room is surrounded by art they’ve created, curated, or compiled together to perfectly represent how they feel inside. 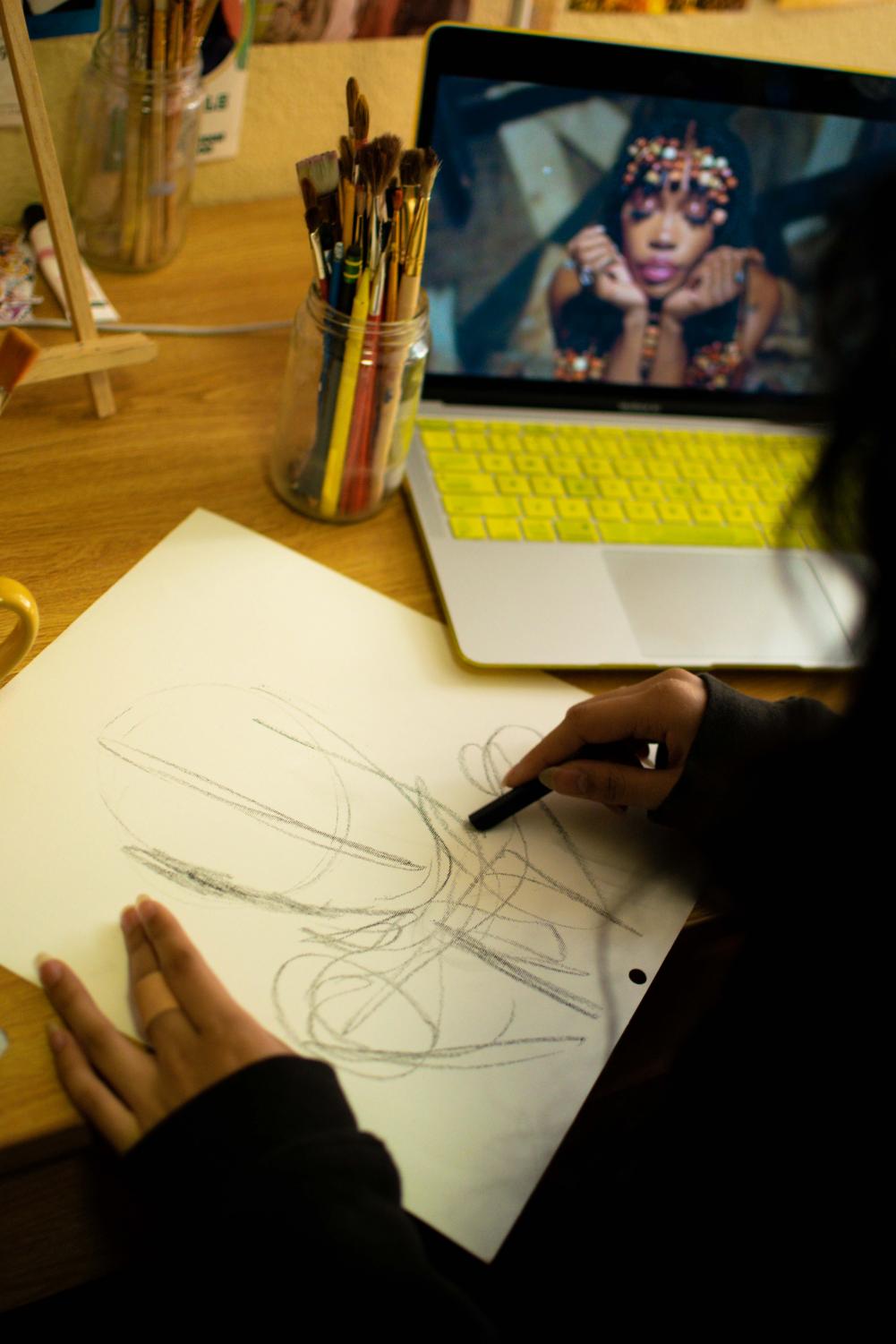 Aerielle, or “Air”, had grabbed a still from one of their favorite artist’s unreleased track titled “Good Days”, by SZA. Prior to beginning painting, Aerielle sketches out an outline of what SZA should look like on paper for reference. 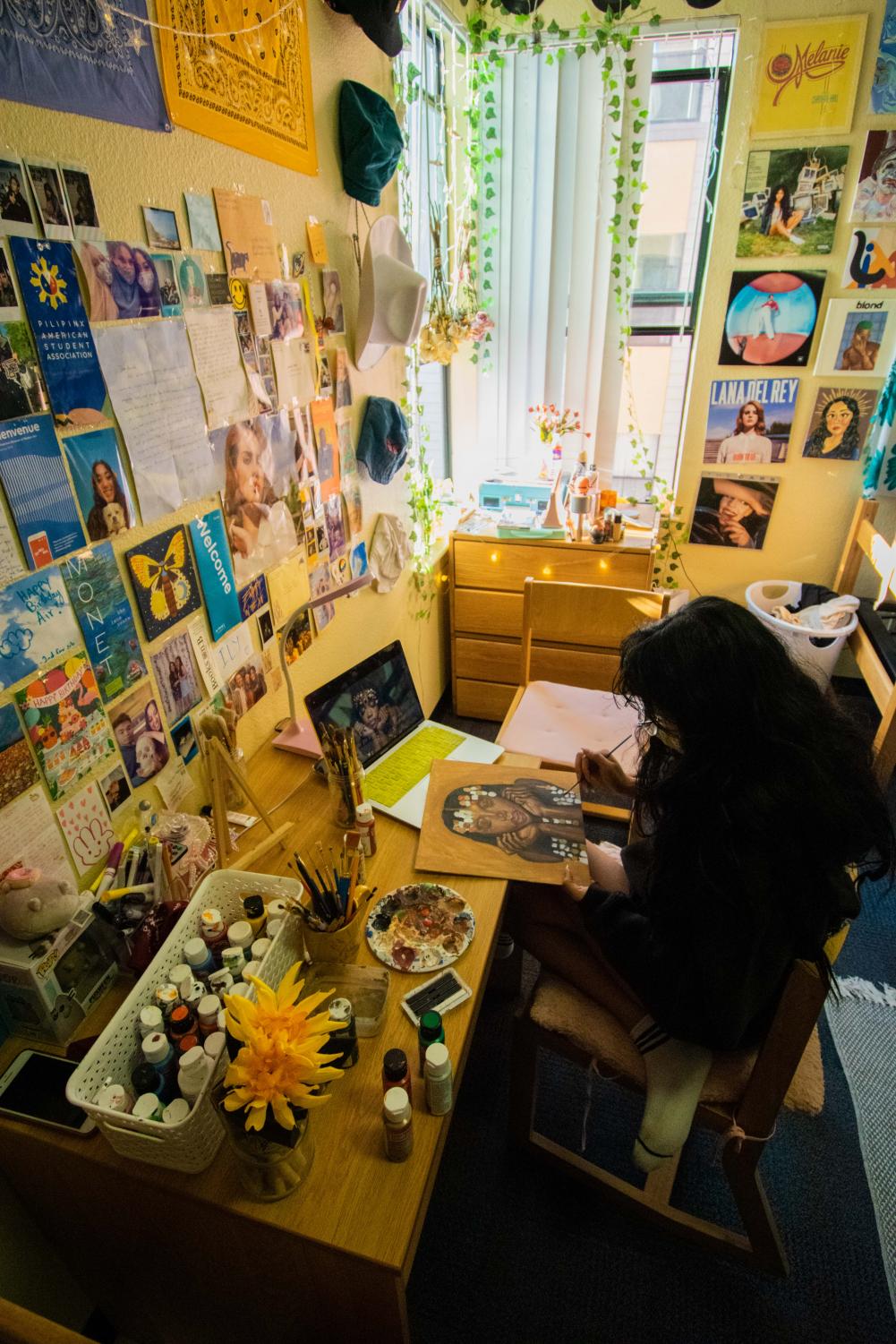 After some time chatting about music, Aerielle had completed most of the painting. Quite impressive how much concentration can come out of a person when in their “zone”, while simultaneously conversing about the inspiration for the piece. 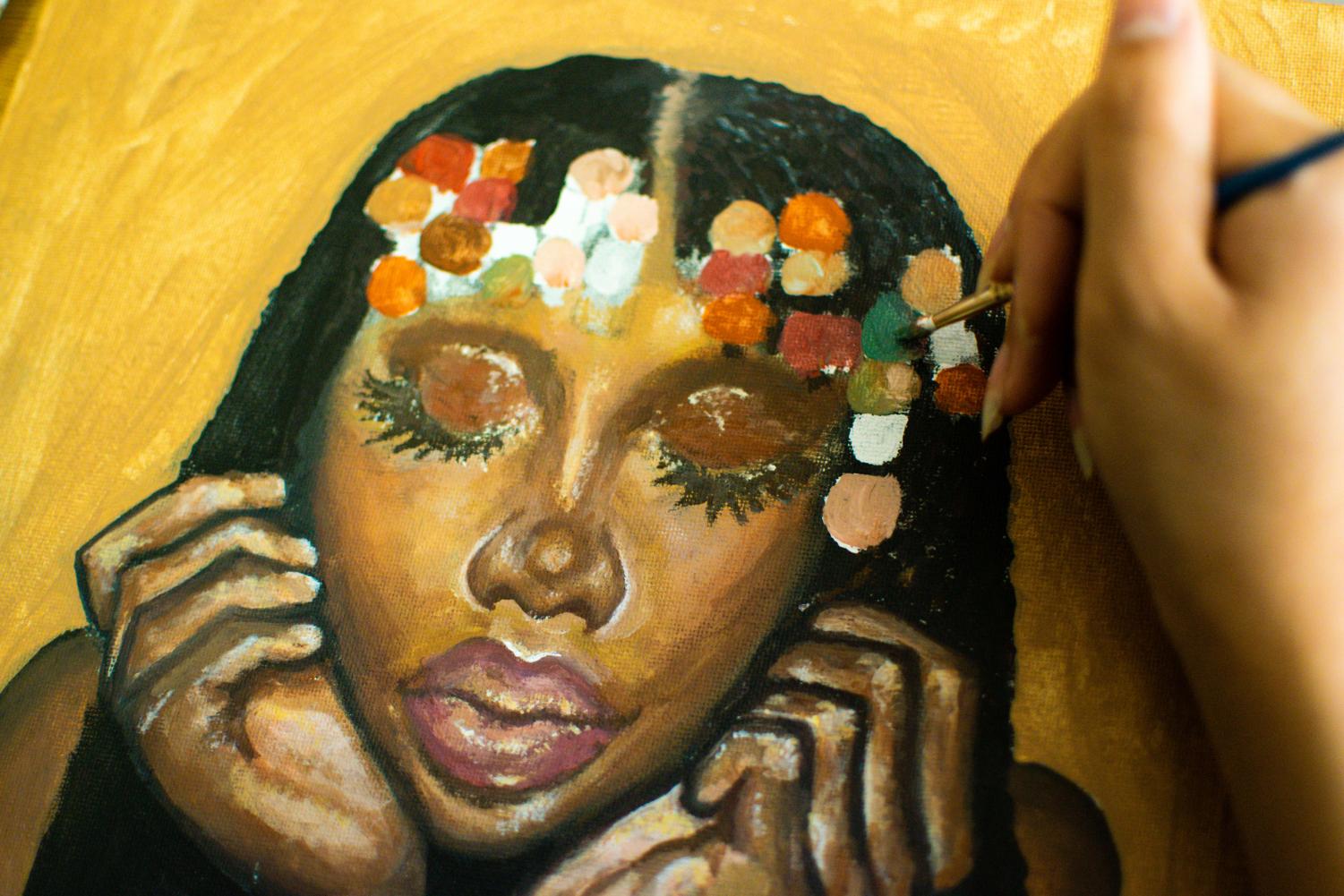 Aerielle spending time to put final details to the painting, coloring the beads of SZA’s dreads. Aerielle is very quick, yet very meticulous about the small details on their artwork. The painting is filled with such a specific color palette that perfectly reflects the reference. 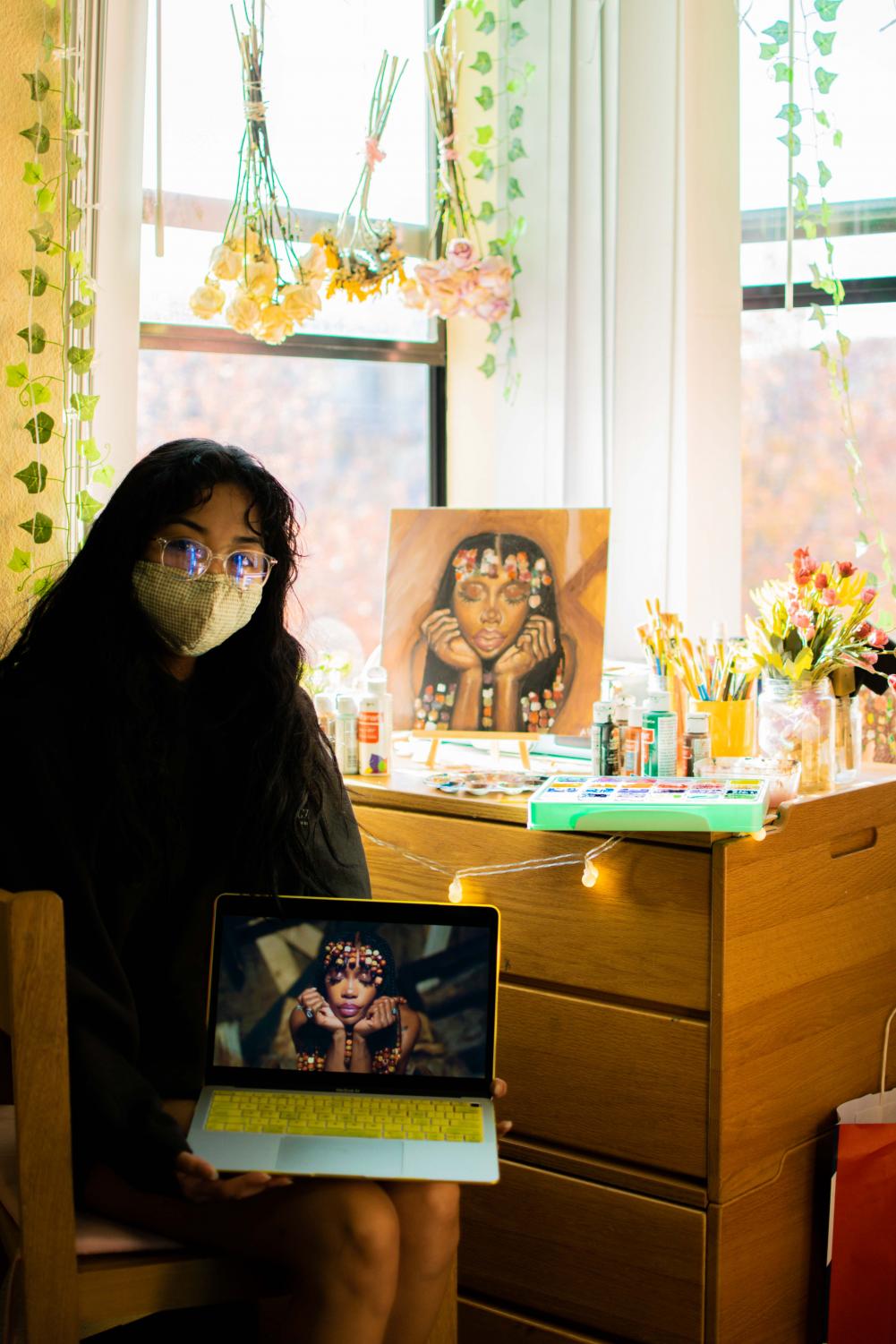 Aerielle and the final product, including the reference. After completing the bulk of the painting, Aerielle had moved all the supplies from her desk to the drawer next to the window for natural lighting, which assists her in comprising final details with oil paints.
The narrative of creation’s persistence during COVID-19 has always interested me. Upon the beginning of the pandemic, I found myself incredibly uninspired and I wasn’t creating as much as before. Upon conversing with the three artists about where they find inspiration from, how they persist to create even during a pandemic, and the precautions they take during these times just to assist me in creating this photo essay, it was apparent to me that the persistence of creation existed within all of us. I found inspiration through others and found that sharing the process behind these artists could really inspire other artists struggling during this time. Especially considering that the persistence of creation comes from within, art will always find its way back to the artist.