Package Hero: The life of a delivery driver during COVID-19 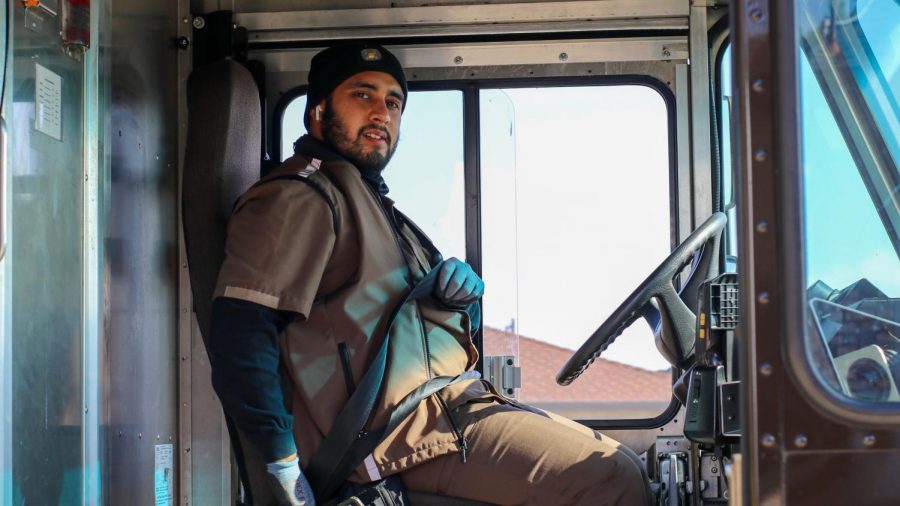 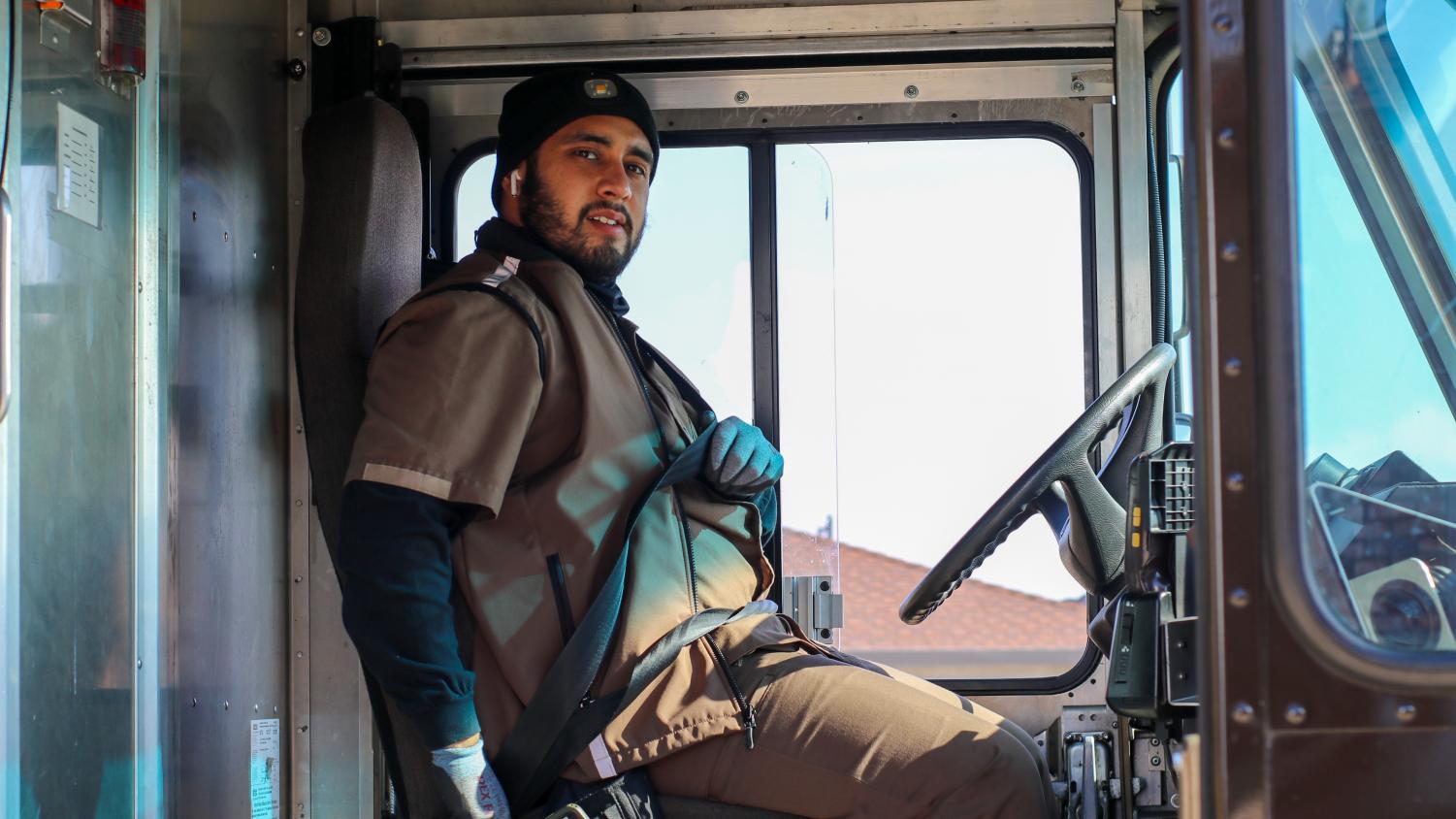 At its peak, this holiday season – United Parcel Service is expected to deliver approximately 32 million packages a day. Octavio Martinez is a UPS delivery driver who works out of the Oakland Hub located near the Oakland International Airport. On Nov 14, Octavio buckles his seatbelt as he takes off on his Saturday morning route in San Leandro. 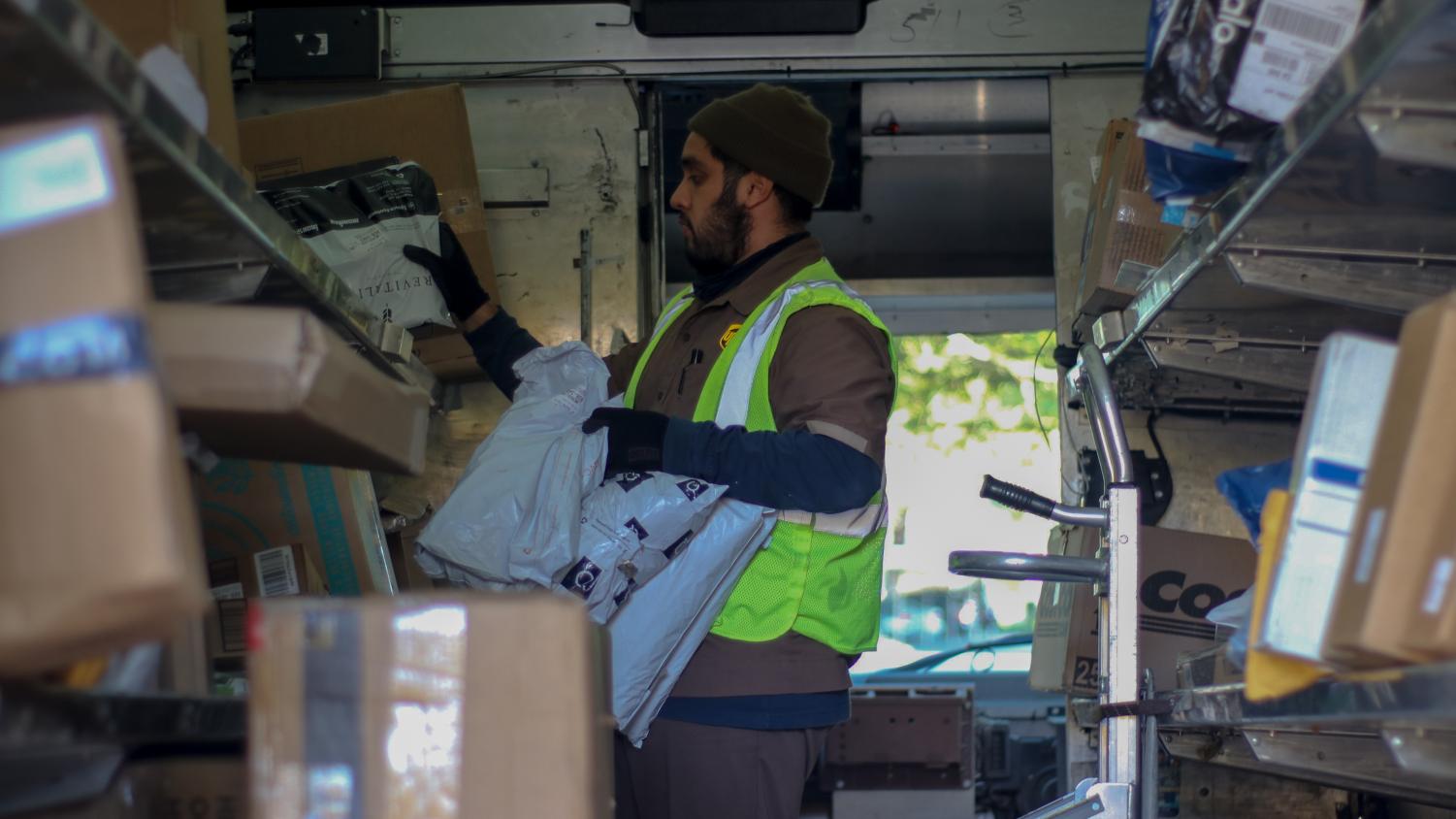 Octavio organizing packages in his truck. Octavio says that he gets anywhere from 120-200 stops a day on his route. He shares that something unique about the Oakland Hub is that at one point it was the most impacted hub in the country due to COVID-19 and they were flying in delivery drivers from different states and even countries to help out. Being part of one of the busiest locations in the entire company, Octavio says has given him a rush and a sense of pride. 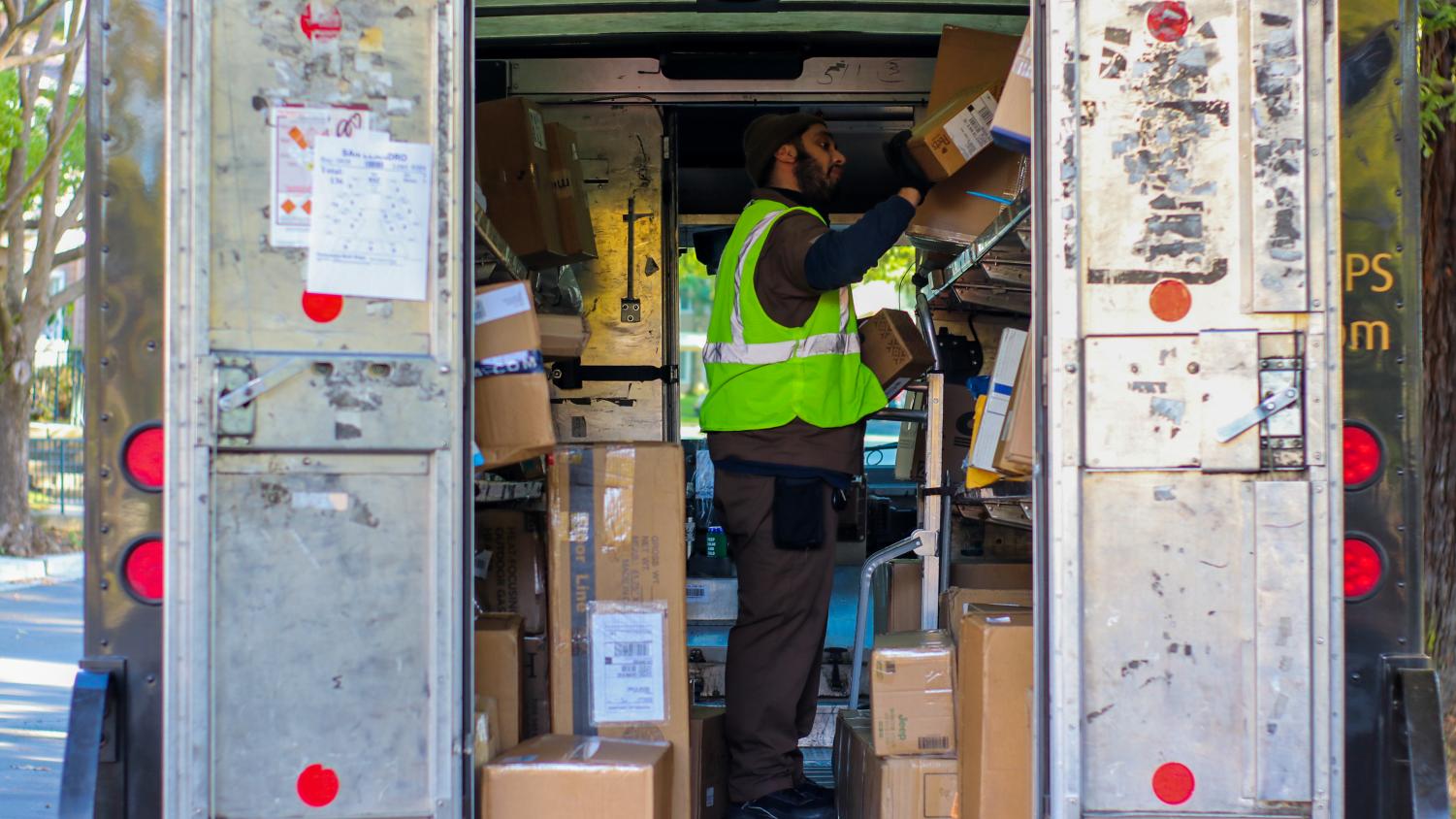 Octavio has worked for the company since May 2020. When speaking to him about his experiences when he first started, he said that someone told him that they were package heroes. He didn’t understand this at first but soon learned that his line of work helps keep people at home in a time like this and limits the spread of the virus. 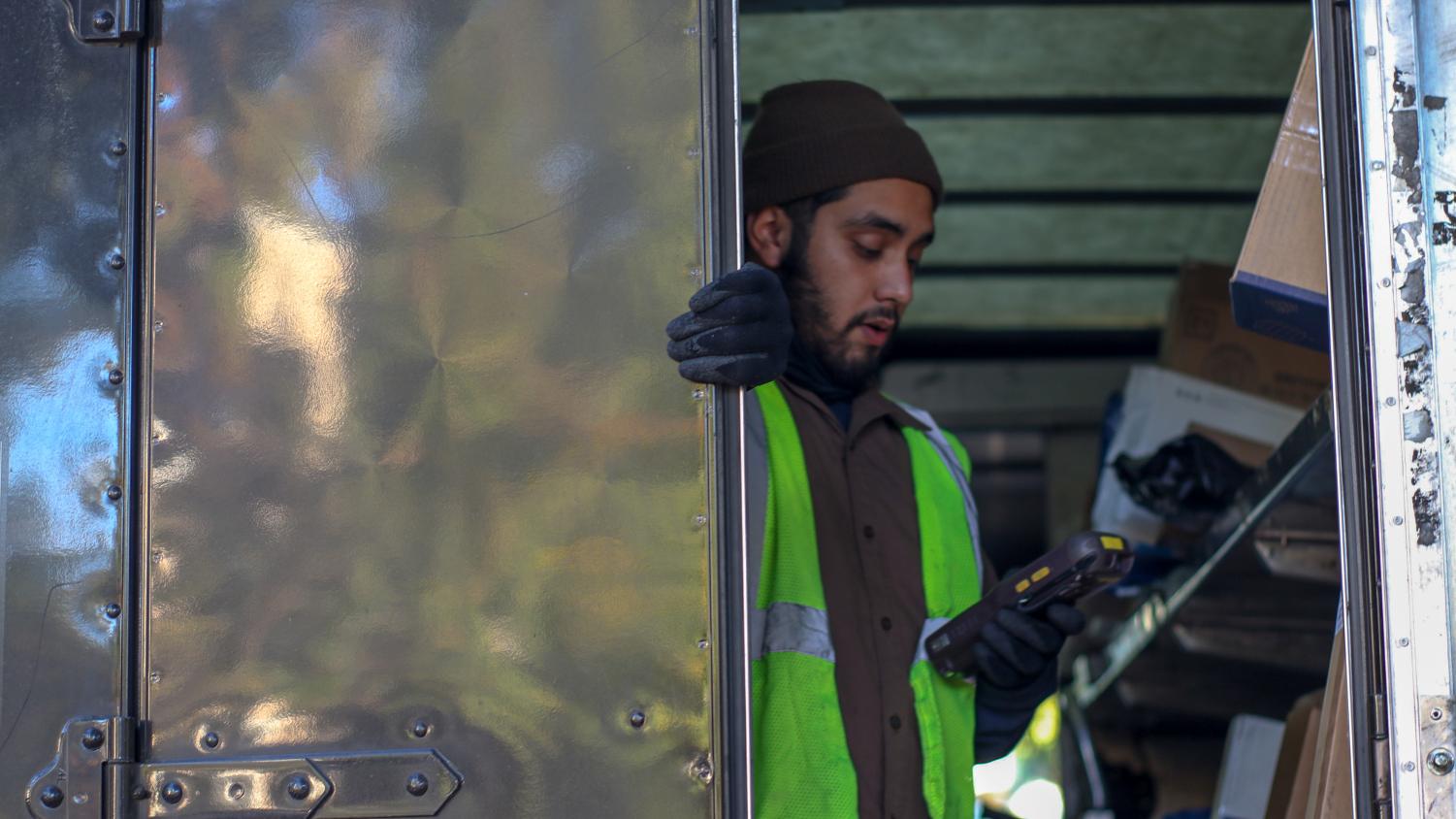 Octavio finished getting organized and is checking his device to get an idea of what the rest of his stops look like. He mentions that he likes to organize at the start of the day and once more at the end of his lunch break. 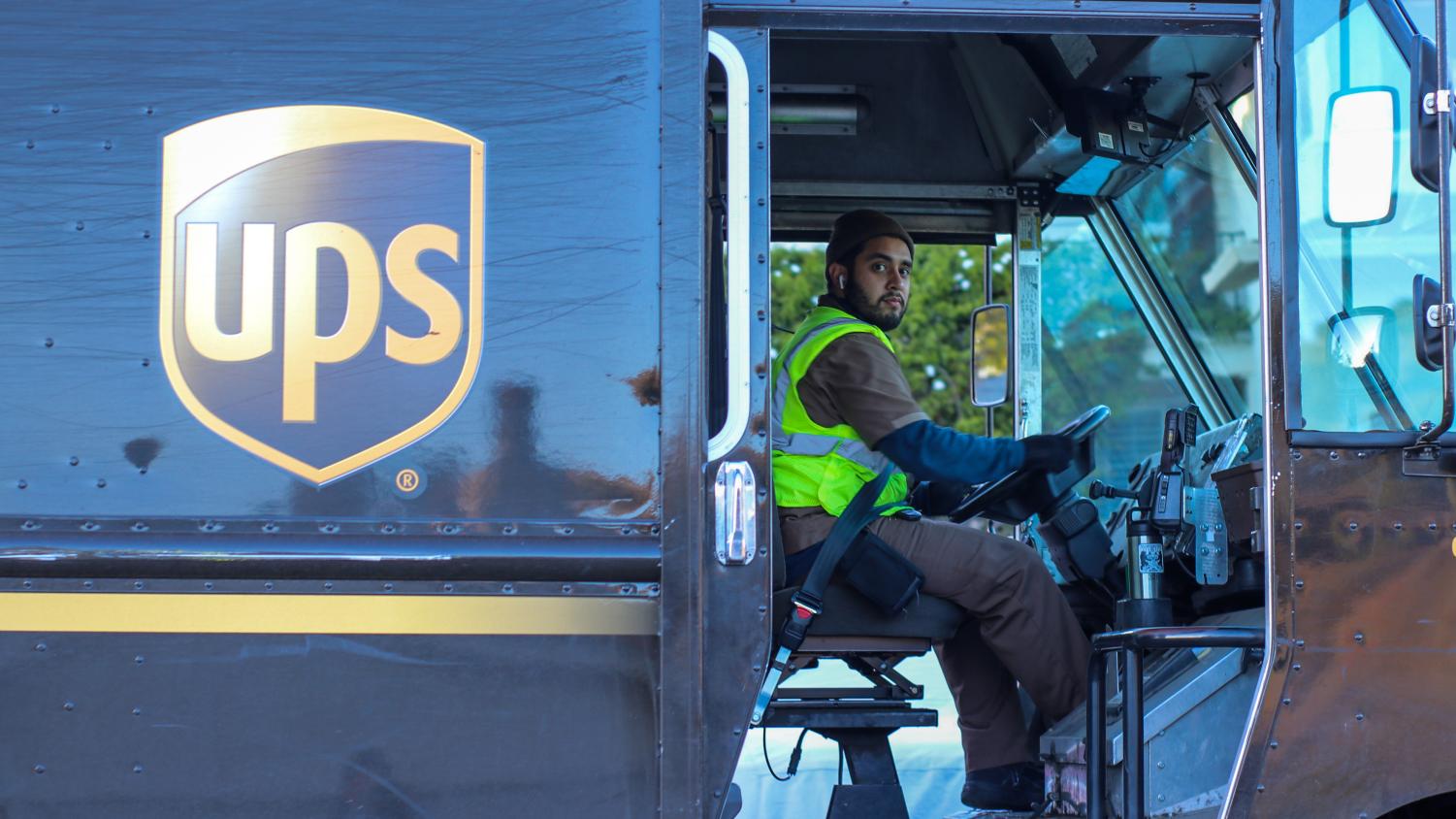 On Nov 19, Octavio is driving from one stop to another on his weekday route in the Oakland Hills. When asked why the doors on UPS trucks are seen open even while driving, he says there are a couple of reasons; the first being that it makes it quicker and more efficient to go in and out the truck at stops, and second, there isn’t air conditioning in most trucks.

On Nov 14, Octavio drops off a package on his Saturday route in San Leandro. 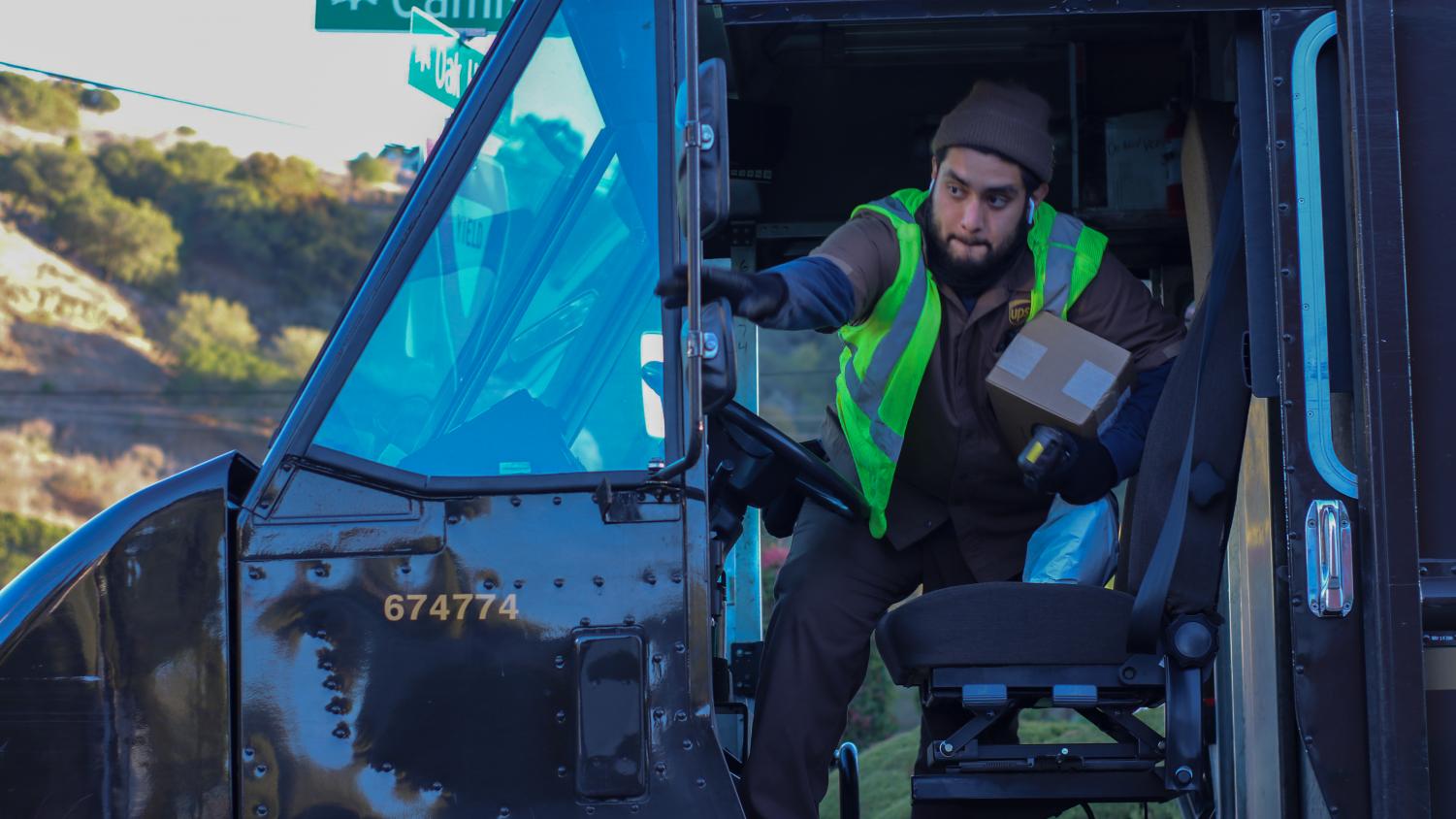 Octavio folds his rearview mirrors as he delivers a package to an Oakland Hills’ home. He says delivering in this area as it is a lot calmer than some of the other areas he delivers in and it also has great views of the Bay Area. 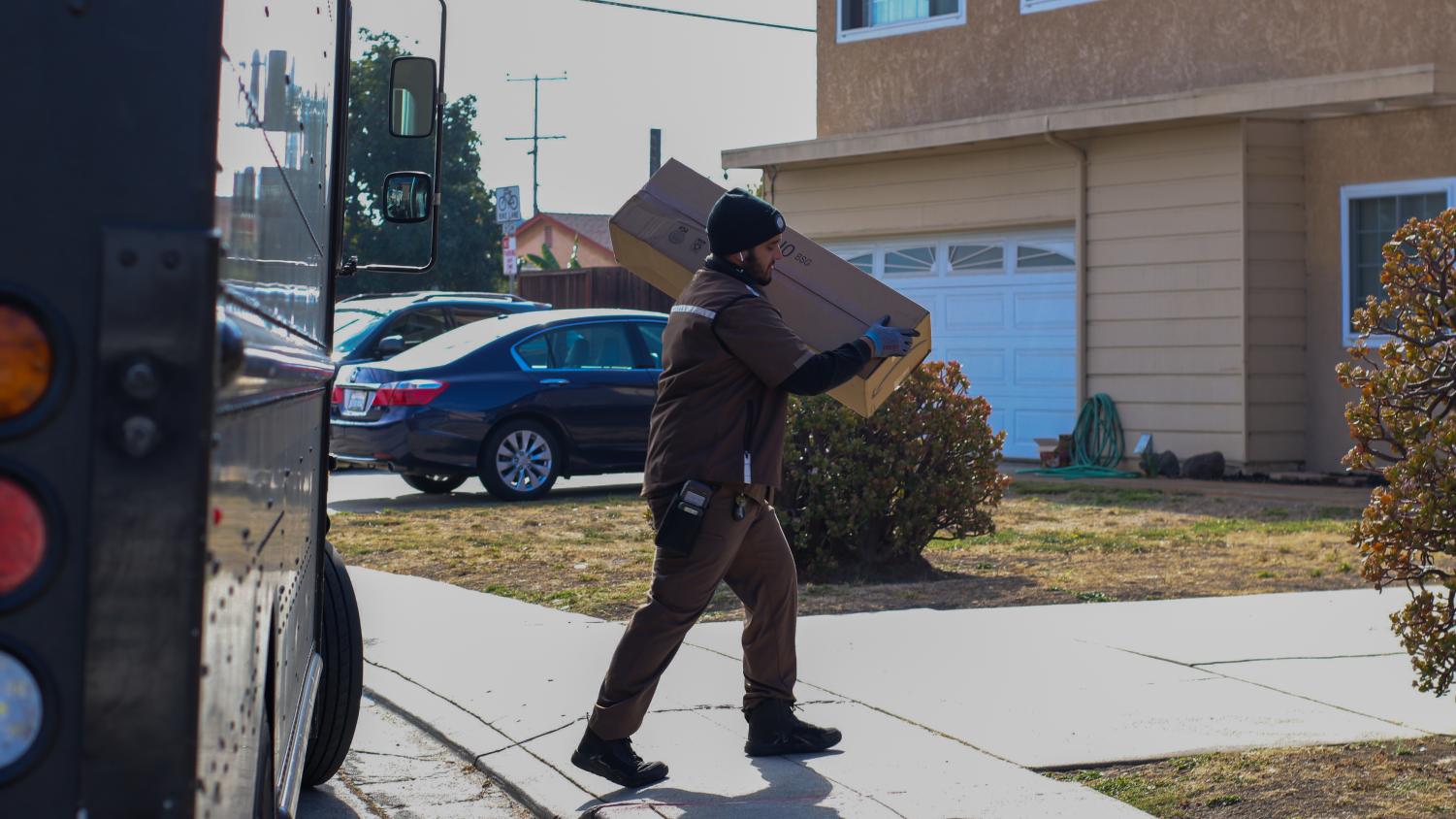 Octavio delivering a heavy package during his San Leandro route. He talks about how the job comes with a lot of heavy lifting which makes it more difficult than it may seem. 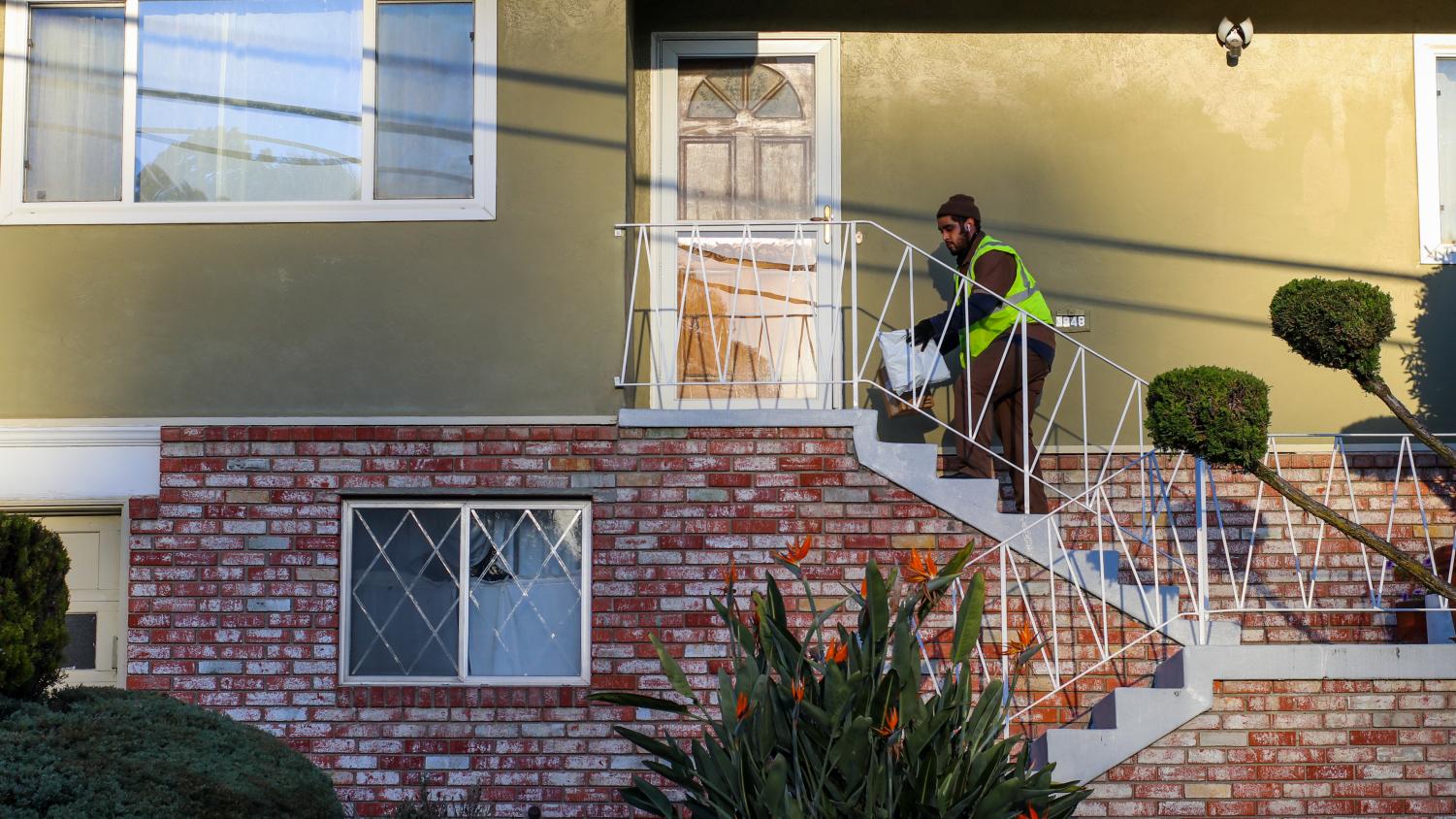 Octavio is placing a package on a customer’s steps. He has a lot of interactions with customers and he builds friendships with his regular deliveries as they often engage in conversation. He mentions that these interactions are the best part of his job – of course, while still practicing social distancing. 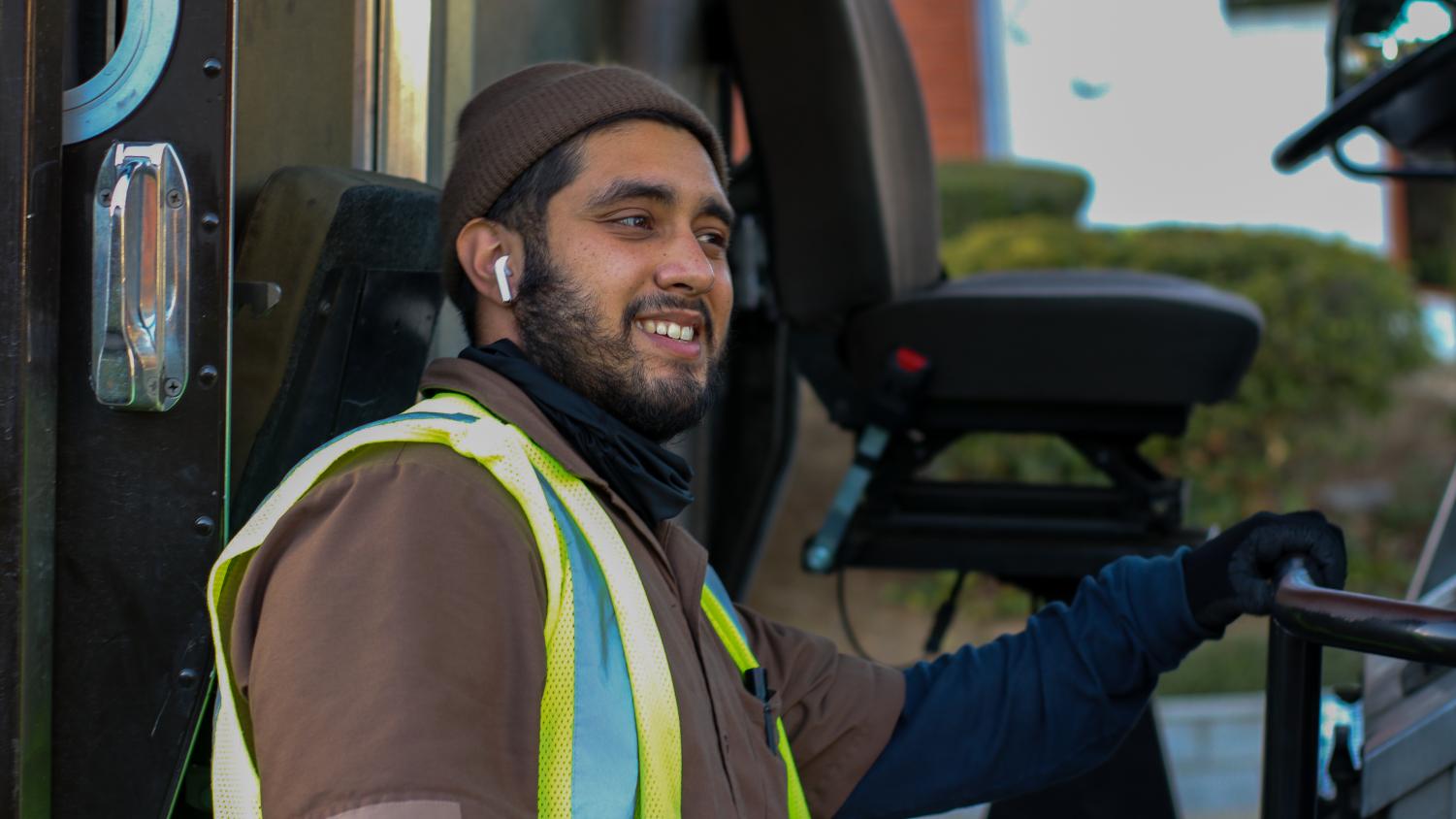 When talking with Octavio about this job, he says that although he has only worked for UPS for a short amount of time, he chose this career because he feels like he’s making a difference. People are so excited to get their packages and are so thankful for delivery drivers. He makes sure to treat everyone’s packages carefully because he knows it means a lot to them.