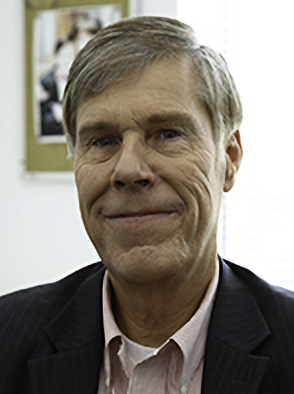 The Academic Senate of California State University, East Bay has passed a resolution to censure Gregory Christainsen, an Economics professor whose teaching and published work claims that most people of color are intellectually inferior.
More than 100 participants joined the Senate meeting Nov. 17 on Zoom, a large majority of them being guests, quietly waiting to hear the outcome of the resolution of censure.
The Senate voted to pass the resolution relating to Christainsen’s use of pseudoscience and so-called “race realism,” which is a debunked field of study based on eugenics. The ideology behind eugenics suggests that certain races are biologically inferior to others. Christiansen has argued in his classes and published work that white and Asian people are intellectually more advanced than Black and Latinx people. The resolution of censure argues that Christainsen has abused academic privilege, and includes excerpts from his published articles. It is written in sets of terms that the Senate demand these actions be taken:

CSUEB Academic Senate disapproves of Christainsen for taking part in “fundamentally racist scholarly activity” during his employment at CSUEB, requests that he abstain from any further academic discourse and publications, and strongly urges that he no longer teach at the university.

CSUEB Academic Senate requests that an investigation be held by appropriate members of the University administration, appointed by the University President, to determine whether the “race realism” publications (referred to in the resolution) were included in his submitted materials to be reviewed by the respective committees when deciding to grant tenure, promotion, and emeritus status to Christainsen.

And lastly, should the University administration find that to be true, the Senate urges the University President to revoke the status of emeritus professor.