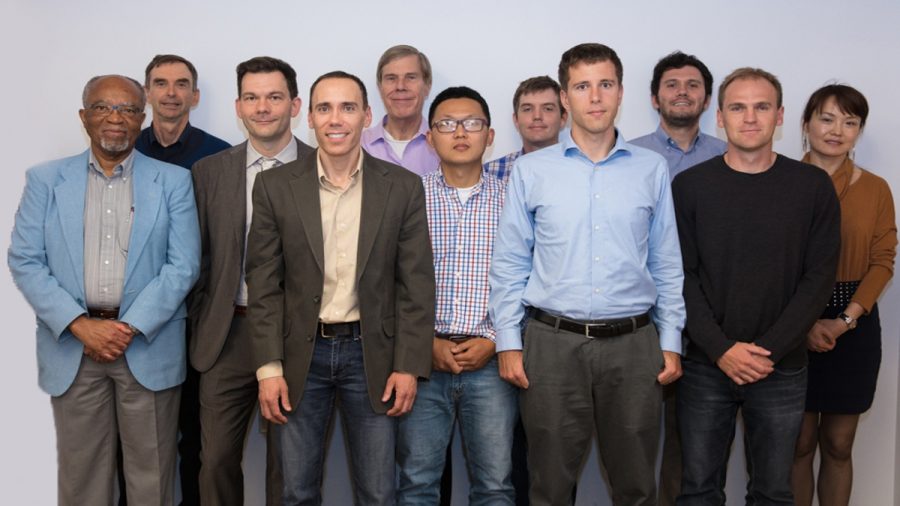 Ranked as one of the top ten American universities for racial and ethnic diversity, California State University, East Bay has always been known for welcoming students from different countries of origin, religious backgrounds, and even political affiliations to the Heart of the Bay Area. However, the campus is reeling with the knowledge that Economics Professor Gregory Christainsen has been publishing long-debunked theories of eugenics for at least eight years.
For those unaware, eugenics is a racist social philosophy and pseudoscience that dictates ideas that certain races are inferior to others based on genes, intellect and skin color. It gained traction in the late 19th and early 20th century, particularly in Europe and North America, as a way of categorizing white people as superior. The Nazi regime in Germany, founded on a belief in white supremacy, performed eugenics experiments widely during the Second World War.
In a California State University Board of Trustees meeting on Oct. 29th, complaints about Christainsen, who is an emeritus professor, came to light when a few brave students spoke up about their concerns. The issues pertain to Christainsen’s belief that an individual’s IQ as well as “average brain size vary along racial lines.”
Other instances of Christainsen’s beliefs can be seen throughout his numerous published works. In a 2012 publication titled “Biology, Immigration and Public Policy”, Christainsen stated “intelligence and income are strongly influenced by genetic factors” as well as a factor in determining an individual’s “personal success.”
According to the articles, his beliefs apply to a number of ethnicities including African Americans, Hispanic/Latinos and Asian Americans as well as their economic status. In the same publication he wrote: “Hispanics in the US score poorly on intelligence tests (on average), tend to have less massive brains than whites, and have a high rate of dependency” (p. 172).
Ranging from 2012 to 2020, Christainsen has multiple published journals under his name with topics that not only touch on eugenics, but also his perceived negative effects of immigration.
The complaints originated from three students who stated Christainsen inappropriately allowed these views to influence teachings within his class.
Within these works, the white male professor asserts the idea that “the average level of intelligence in sub-Saharan Africa is quite low” as well as his belief that members of Hispanic descent in the US tend to, “score poorly on intelligence tests.” Christainsen compares this idea to Caucasians in saying, Hispanics “tend to have less massive brains than whites” as well as a “high rate of dependency.”
It is nothing short of disheartening to learn that there are professors within our diverse university that actively cohere to these views. Infuriated and fed up, students and faculty have united over the issue through the formation of a petition.
With over 2,600 signatures, as it currently stands, the petition is more than halfway to reaching its goal.
A few of the demands expressed under the petition call upon California State University, East Bay to, “strip Gregory Christainsen of his title of Professor Emeritus”, as well as Implement additional student resource centers specifically geared towards “ethnic support for minorities”, and require “comprehensive diversity and inclusion training” for all university faculty and staff members.
The title of emeritus professor is given to recognize a professor’s notable contribution to a university when they retire and such faculty often continue teaching for some years as a professor under this title. Due to the fact that it is honorary to receive such a title, students are calling for the removal of his emeritus status as a result of the recent circumstances uncovered.
As one of the most diverse college campuses in the nation, CSUEB has established a reputation for welcoming students, staff and faculty from all walks of life. However, with recent events, that belief has now come into question. Currently, the decisions on behalf of CSUEB in regards to Professor Christainsen, remain to be seen however a public statement is in the works. Regardless of how our university decides to confront the situation, remember that together we are resilient and we must stand by our belief that there is beauty in diversity.
Included below are a collection of quotes from Christainsen’s writings.

“Nisbett now concurs that there is such a thing as general intelligence, that IQ is predictive of success at school and work, that genes significantly influence IQ scores, that IQ is related to brain size, and that some studies have found that average brain size to vary along racial lines. (171)”
“Groups of people differ not only in terms of eye color, hair texture, and the like but in terms of many other physical characteristics including average brain size. (170)”
“There is now a consensus that the average level of intelligence in sub-Saharan Africa is quite low. The only question is why. (171)”
“Immigration is problematic in this context, too; low IQ immigrants increase the rate of dependency. (174)”
“immigration offers gains from trade, but low intelligence tends to reduce support for markets and lesson social cooperation. (175)”

“IQ and the Wealth of Nations” 2013, Paper presented at the annual conference of the International Society for Intelligence Research, San Antonio, Texas, December 13-15, 2012; published in Intelligence, September-October 2013

“The mean IQ result for blacks has been about one standard deviation below the one for Caucasians, despite the fact that, on average, African-Americans have as much as 22% European admixture (Zakharia et al., 2009).”
“the fact that blacks on average have lower SES (socioeconomic status) is due in part to lower average IQ.”
“Generally speaking, elite Nigerians who do not have parasitic diseases and do not suffer from malnutrition simply do not have IQs that are close to those of elite Germans (Rindermann et al., under review).”

“Cognitive Capital, Governance and the wealth of nations” 2015

The Pioneer reached out to Christainsen for an interview, but received no response.