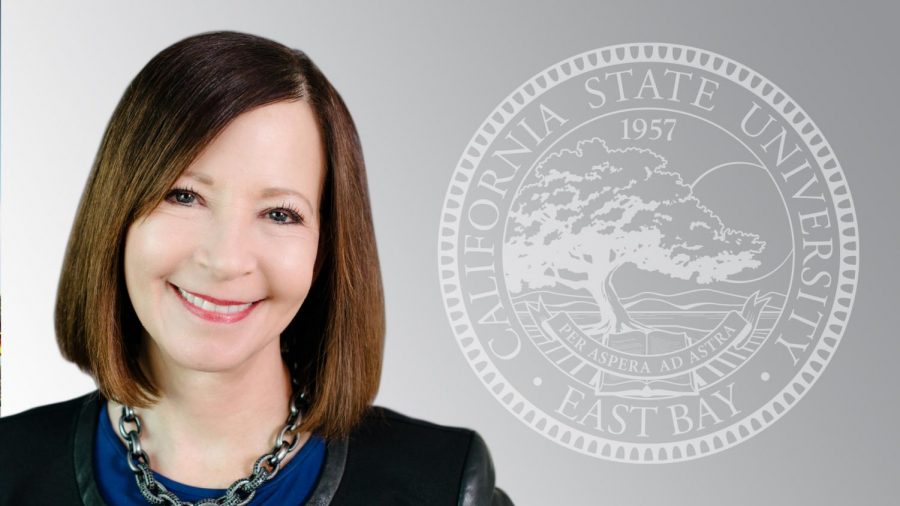 On Oct 29, the California State University Board of Trustees appointed Cathy A. Sandeen to serve as president of California State University, East Bay beginning January 4, 2021, following CSUEB’s president, Leroy M. Morishita’s retirement.
A Bay Area native, born in Oakland, California, and raised in the San Francisco Bay Area, Sandeen currently has been the Chancellor at the University of Alaska, Anchorage since Sept 2018.
Prior to joining the University of Alaska, Anchorage, Sandeen served as Chancellor at the University of Wisconsin Colleges and Extensions. She has also held positions at the University of California, Santa Cruz, University of California, San Francisco, and the University of California Los Angeles. Sandeen was also the Vice President of the American Council on Education in Washington, DC from 2012 to 2014.
She obtained a Bachelor’s degree in Speech from Humboldt State University, a Master’s in both Broadcast Communications from San Francisco State University and Business Administration from UCLA’s Anderson School of Management, and a Ph.D. in Communications from the University of Utah.
Sandeen has also had her writing published, in The Huffington Post, Change: The Magazine of Higher Education, The Chronicle of Higher Education, Asian Journal of the Scholarship of Teaching and Learning, and Continuing Higher Education Review, among others. As if her resume wasn’t impressive enough, Sandeen was also published in the American Council on Education, which is widely considered the nation’s largest association representing all sectors of higher education.
Shortly after it was announced that Sandeen was the new president of CSUEB, she posted to her LinkedIn profile, “I am honored to have been appointed Cal State East Bay’s next president. Can’t wait to get to work just miles from where I grew up and in a university system where I started my educational journey as a 1st generation college student.”