Will Small Businesses be willing to shut down again? 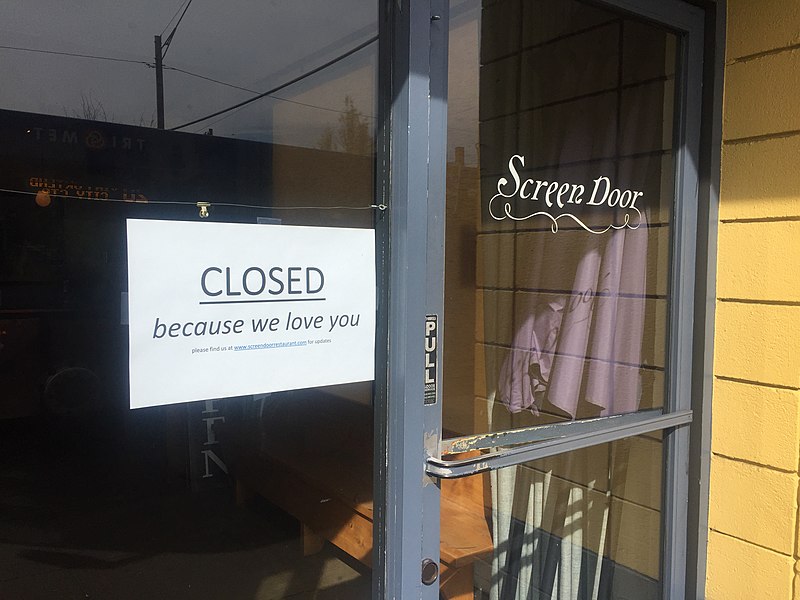 By Rob Brandt, STAFF WRITER
During this pandemic, our lives have changed drastically in a way we could have never predicted. Our whole way of life adapted due to a threat that we have not faced before. However with restrictions being lifted businesses such as gyms, outdoor restaurants, places of worship among other things to reopen.
Unfortunately, people have become more nonchalant to the guidelines set in place. Large social gatherings are commencing and more small businesses are beginning to reopen their doors.
“Last week nothing was open now I see tons of people outside. And a bunch of restaurants is open. It’s really different here” says student Chris Carruth who is back home from college Chico state.
With behavior like this continuing outbreaks of COVID-19 is increasing throughout the U.S. every day and it is now delaying the possibility of some businesses reopening. Alameda County Public health officials are asking for a delay in the reopening of the area. In the last week, Alameda County has had an additional 700 cases of COVID-19 cases which are believed to be caused by the reopening of businesses.
The next step in the reopening would allow open-seating restaurants, bars, and hair salons to reopen; but public health officials are wanting to keep them closed. A statement was released by the officials which read “We are concerned by the increase in local cases…and the alarming disease trends we see in counties that have opened at a faster rate”
When businesses were first shut down it hurt them in a way that they never saw coming, for almost three months these small businesses remained closed with the hopes of being able and allowed to reopen. However, what will happen if there is a second shut down and businesses are forced to close again? Will they be as willing this time and can they afford to even try to comply?
Gavin Newsome has now issued statements regarding the enforcement of the current social guidelines. “If you’re not going to stay home and you’re not going to wear masks in public, we have to enforce, and we will.”
In Los Angeles County, bars and Nightclubs have reopened their doors which has also led the Governor to debate whether or not to close Los Angeles county again. Newsome has even decided to enforcement agencies of the government to enforce the rules. Members of this team include CalOsha and Alcoholic beverage control. “We will have these agencies use their regulatory authority in six regions of the state. This will begin today.” a state official said at the press conference
If there is a second shut down will it be longer and just how many more rules will be enforced to keep us safe? With cases increasing there are few options left for small businesses and the father we as people are from achieving the old world and normalcy.