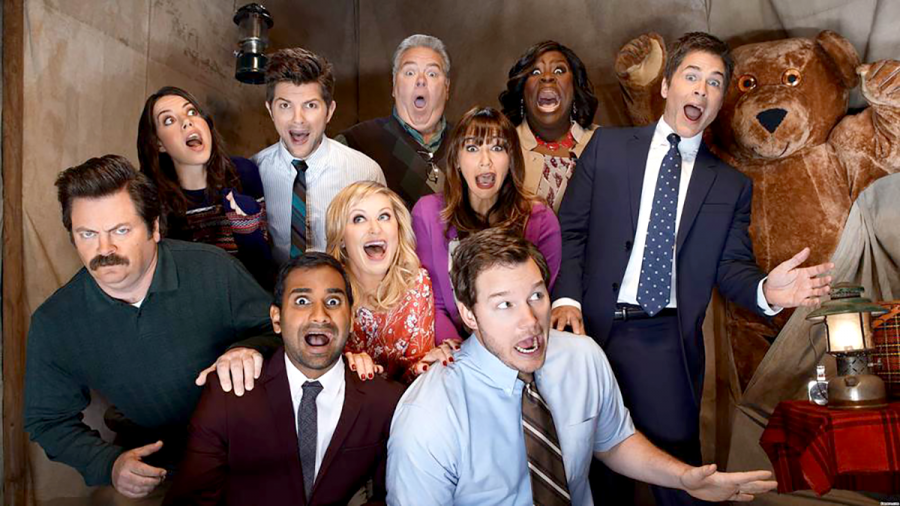 In this weird and unexpected time, any little thing helps to bring a positive hopeful feeling back into our lives. NBC has answered our prayers by releasing a new special that was both unexpected but much needed. The beloved tv series Parks and Recreation is no stranger to warming the hearts of its fans and it has done it again.
The newest release in this series is titled a Parks and Recreation special and it comes to us nearly five years after the last episode was released. The purpose of the episode besides giving us 30 minutes of much-needed joy with the Parks’ gang was to help raise awareness of Feeding America and to allow viewers to donate to it.
This was not your usual episode of Parks and Rec, however. The episode takes place in 2020 amid the ongoing Coronavirus Pandemic and it gives us a look into each of the main characters’ life during social distancing. The cast has been reunited after a hiatus and they are back in their old characters’ shoes with new problems ahead.
The always upbeat and bubbly main character Leslie Knope has decided to set up a group video chat through their own tech conglomerate Grizzel. In this chat we not only see all of our favorite characters like Andy and April Dwyer, Ron Swanson, Tom Haverford, and Gary Gurgich, we also see several side characters including the notoriously nasty dentist Jeremy Jamm, and the absent-minded Bobby Newport as well.
What makes this episode primarily unique is the fact that each scene is filmed on the actor’s iPhone which is placed in their homes. That’s right the actors were able to give us something amazing while maintaining social distancing.
What’s great about this episode is that it did not feel rushed or out of place; It’s chock full of enough references and inside jokes from the series to keep the die-hard fans happy and just enough comedic banter to keep the rest of us entertained. We also get a much-needed cover of the song “5,000 Candles in The Wind” by the locally famous band Mouserat.
What really made this episode great however was the fact that it was simple enough to be done but satisfying all the same. It opens up the possibility for other former sitcoms to do this. I mean I’m sure fans would rush to their iPad screens to watch a quarantined edition of The Office, Friends, The Big Bang Theory, or any other beloved shows that could use a reunion. Honestly anything better than the Full House reunion let’s be honest.
Even though some reunion shows can be considered taboo by fans and creators alike this reunion is one of the exceptions. It wasn’t just something fans may have wanted; It was something they needed to bring us up. And what better way than to have a sing-along with Star-Lord and Ron Swanson about a dead horse during Quarantine. If there’s a reunion that can beat that I rest my case.
While we should enjoy this special while we can and other possible ones that may be produced after we should not get comfortable with this style of tv episodes. Parks and Rec co-creator Michael Schur does not believe this is the future of television.
“This is not the way TV is supposed to be made.”
With everything going on though who knows? Maybe we need a little less of how tv was supposed to be made and a little more of what tv has to offer now.