A DECADE OF NEWS 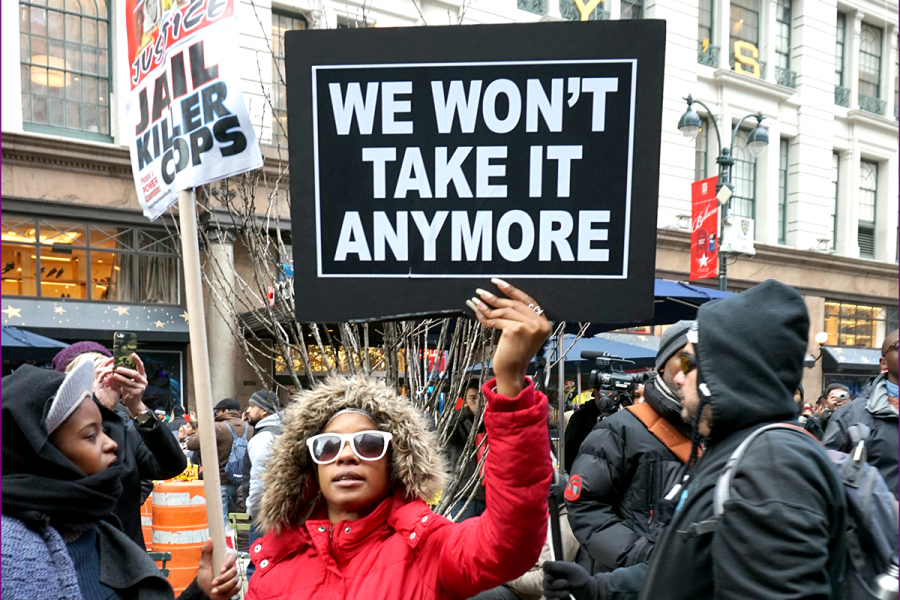 PHOTO BY THE ALL-NITE IMAGES/WIKIMEDIA COMMONS

By Ethan Alonzo, COPY EDITOR
The 2010s have been characterized as “next year will be better.” Coming out of the 2008 recession, Americans had high hopes that the new decade would bring positive change to an otherwise dark country. However, with every tragic event that happened, we found ourselves asking: so what’s next?
With constant mass shootings, political unrest, and protests around every corner, desensitization has never been more apparent. The rise of fake news has given way to a new form of information gathering: online publications.
Throughout the decade we as a nation have experienced countless changes to what we view as acceptable in society. So as we brace ourselves for this decade to end and for another to begin, it is the best time to look back on what changed.
Government
The 2010s brought the end of the Obama administration and the start of the Trump administration. While one believed in recovery, another believed in nationalism. Regardless of what your political affiliation is, one thing can be said: both administrations have had events that are forever burned into America’s history.
Under Barack Obama’s term, Osama bin Laden, founder of Al-Qaeda, was found and assassinated. However, not all of what President Obama did was positive. The amount of civilian casualties that happened due to his drone strikes are countless. There is almost an inverse relationship between Obama’s term and Trump’s term. While President Trump’s actions can be considered controversial, such as building the wall and instituting the travel ban, his actions have also caused younger Americans to take a stand. Millennials, who have been considered apathetic in the past, are now rising up to fight for their beliefs.
Society
Protest culture has evolved so much in the past 10 years. With the Occupy Wall Street movement starting in 2011, a fire has been lit as protests have been popping up, each with their own agenda. As protest culture evolved, so did the issues that were tackled. The fear that stopped people from speaking up against injustice has ceased to exist.
Two years after the beginning of Occupy Wall Street, #BlackLivesMatter gained recognition in 2013 in response to violence and the systemic racism towards the Black community. Then, in 2017, the #MeToo movement took Twitter by storm, giving young women a support system in regards to sexual assault. While the phrase “me too,” started in 2006 on Myspace by Tarana Burke, the movement’s current energy was started by celebrities like Gwyneth Paltrow and Jennifer Lawrence.
However, it has not all been positive. Mass shootings have increased with every day that passes. 2012 marks the year of the Aurora shooting which killed 12 innocent people and injured 58 in a movie theater in Colorado. In the same year, the Sandy Hook Elementary School mass shooting devastated the whole nation, in which 26 people were killed, including 20 children. The Sandy Hook shooting was not the end of it, as five years later a gunman opened fire on the Las Vegas Strip during a music festival killing 58 people and injuring 546, becoming the deadliest mass shooting in U.S. history.
Environment
The environment wasn’t in the best place at the start of the decade. In 2010, the oil spill in the Gulf of Mexico caused by the Deepwater Horizon oil rig exploded, causing the worst oil spill in the history of the U.S.
Then a year later, the 9.0 earthquake ruptured Tohoku, Japan, which led to the Fukushima Daiichi nuclear disaster. The series of nuclear meltdowns has been something Japan has been working diligently to clean up.
While the past decade may have not been ideal, that doesn’t mean it was all negative. The positives still outshine the issues we faced. After every mass shooting, the communities affected grew stronger. For every movement that ended, another was waiting in the wings to take to the streets. After a decade of unfavorable events, we can walk into the 2020s with our heads held high, as we brace for the coming changes.