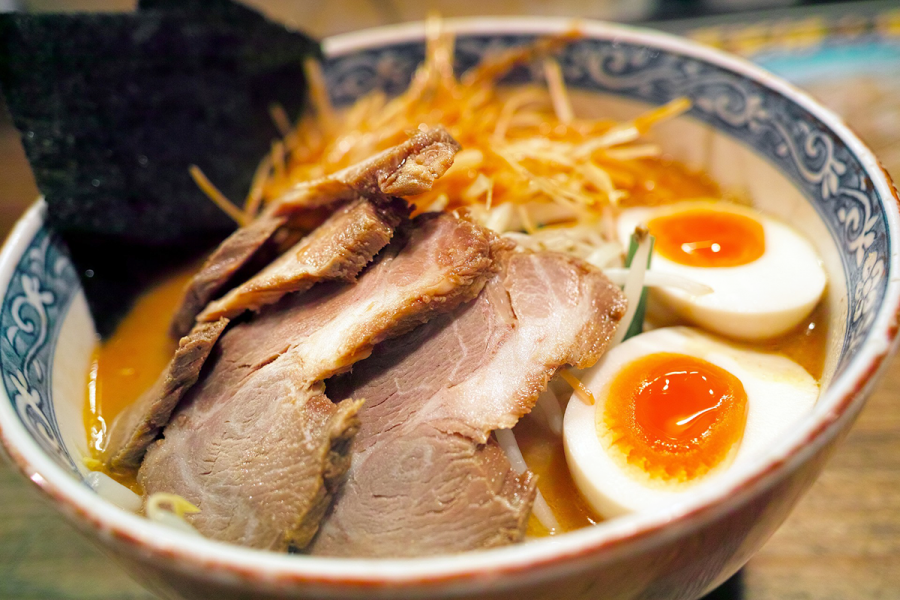 By Ethan Alonzo, BCOPY EDITOR
From the likes of “Ugly Delicious” and “Sugar Rush” to “Chef’s Table” and “Taco Chronicles”, Netflix has always offered a plethora of shows that celebrate the culinary arts. There is something for every type of foodie out there.
Whether you want to learn the origin of Chinese cuisine or laugh at home bakers fail at intricate desserts, there is a show that can satisfy your viewing desires while making your mouth water. However, there are three shows that go even further than that and they have the ability to warm your heart while whetting your appetite.
“Midnight Diner: Tokyo Stories” is the fourth season of the popular Midnight Diner series from Japan. The main character, and one of the only recurring characters of the series, is simply named The Master, played by Kaoru Kobayashi. Kobayashi’s character runs a Japanese diner, called an Izakaya, which is open from 12 a.m. to 7 a.m. While the menu is small, The Master will cook anything you request, as long as he has the ingredients. Within the late hours of Tokyo, The Master listens and offers advice to those who walk through his doors while carrying a heavy heart.
The beauty of the show itself is its view on food. Instead of showcasing one dish per episode, Midnight Diner connects the dish to someone’s life. What starts out as an episode showcasing chicken fried rice ends with a videogame designer reconnecting with his mother who abandoned him as a child.
While the first three seasons of the show are not on Netflix currently, the ones that are available are worth the watch.
“Samurai Gourmet” tells the story of salaryman Takeshi Kasumi, played by Naoto Takenaka, who has recently started his retired life. So what does Kasumi do with all his new free time? Become a Gourmet of course!
There are two factors that separate this food drama from others of the same genre, the first being the samurai guide that lives within Kasumi’s daydreams. The second factor being food they talk about, and the way they talk about it.
As the wandering samurai, played by Tetsuji Tamayama, lives a carefree and wayward lifestyle, Kasumi desires the same lifestyle, as he eats whatever he wants when he wants. As the series progresses, the samurai becomes a larger part of Kasumi’s lifestyle, defining how he should behave when eating at a fancy restaurant or when he has trouble conversing with his college-age niece about her career.
As stated before, the food of the show is not the typical type of food you see in food-related dramas. Instead of going for the extravagant food of Japan, Samurai Gourmet focuses on the meals of the common man. Instead of wagyu beef and pufferfish sushi, Samurai Gourmet focuses on the simple foods like grilled mackerel and croquettes and the memories attached to them.
Everyone has had a favorite food from their childhood. Whether it’s the soup your mom made for you after a hard day, the after school snacks you and your friends bought, or the pasta you had on the first date with your significant other, we all have those memorable dishes. Samurai Gourmet understands this and wants you to pursue those foods again.
The final show of this ensemble of delectable dramas is none other than “Kantaro: The Sweet Tooth Salaryman.” Ametani Kantarou, played by Onoe Matsuya, is a system programmer turned salaryman who goes door to door selling books throughout the many districts of Tokyo. While his coworkers see him as a man who works quickly and efficiently, in actuality he is someone who slacks off work to eat the many desserts that Tokyo has to offer. Unlike the other two shows, Kantaro showcases locations in Tokyo one can actually visit.
The charm of the show is how unapologetic they are with their descriptions. They personify each ingredient of each dessert, such as giving a cherry the face and personality of Kantarou’s boss. However, this show isn’t for the faint of heart. If the idea of seeing a grown man moan to the texture of red bean paste bothers you, you may not want to give this show a viewing. Or at least not with family.
Whether it is heartwarming stories of those who burn the midnight oil, a retired man living his best life, or a food blogger obsessed with sweets, these food-focused dramas may be the perfect thing for a late-night Netflix binge. Just be aware, you may find your stomach rumbling after.