How do the new look Golden State Warriors stack up against the rest of the league? 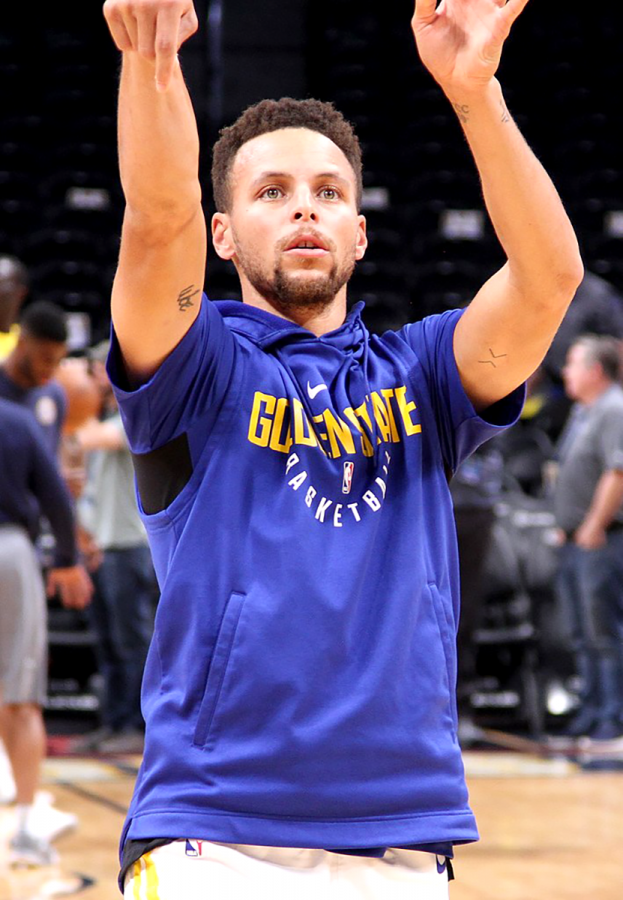 The Golden State Warriors look to bounce back this coming 2019-20 NBA season from a disappointing and injury plagued playoff run that ended in 4-2 finals loss to the Toronto Raptors, led by now Los Angeles Clipper, Kawhi Leonard.
The Warriors face challenges that they have not faced in recent years. With 5x All-Star Klay Thompson out until at least the All-Star game in February next year with a torn ACL that he sustained in game six of last years’ NBA finals, the acquisition of All-Star guard D’Angelo Russell and a scarcely talented bench, Coach Steve Kerr and franchise player Stephen Curry have their work cut out for them.
When 10x All-Star and 2x finals MVP Kevin Durant announced that he was leaving the Golden State Warriors to sign with the Brooklyn Nets on June 30, people speculated as to whether the superteam era in the Bay Area was finally over.
In a shock to almost the entire league, as soon as Durant left the Warriors agreed upon a sign and trade deal with the Nets signing D’Angelo Russell. However, with Russell being a ball dominant point guard, it will be interesting to see how well Russell and Curry can share the offensive load.
According to the NBA.com player usage stats for the 2018-19 season, Russell and Curry both rank in the top 20 in player usage with Curry ranking 20th on the list and Russell almost breaking the top 10 at 11th on the list. Last season, Durant ranked 28th in usage behind both Curry and Russell.
Lifetime Warriors fan Jake Malone believes that Curry, Russell, and the rest of the Warriors team will be able to manage the possible problem it terms of sharing the ball.
“People thought the Warriors had the same problem when Durant first came to the team,” said Malone in an interview. “I think Coach Kerr and Steph will work with Russell to find a healthy balance of sharing the ball.”
Not everyone is as confident as Malone about the Warriors chances. Joey Herrera, a Southern California native and Los Angeles Lakers fan doesn’t think the backcourt duo of Curry and Russell will mesh well.
“They are both going to want to be the center of the offense,” said Herrera. “When Russell was on the Lakers it was all about him. He didn’t care about the team. I don’t think it will be any different in the Bay Area.”
For the past two years the Warriors depth has been their greatest concern. Because their star players such as Thompson, forward Draymond Green and Curry have demanded so much in salary, the team has had to find key players who are willing to take considerable pay cuts or sign for the veteran minimum.
This year may be the worst season yet in terms of bench depth. The Warriors lost key role players in veteran forward Andre Igoudala who was traded to the Memphis Grizzlies, now retired guard Shaun Livingston and backup point guard Quinn Cook who signed with Western Conference rival, the Los Angeles Lakers. This once again, will force the All-Star duo of Curry and Russell to shoulder more of the offensive load.
Thompson’s injury will not help the problem that the Warriors may face with Russell and Curry. Thompson’s willingness to play off the ball during the game and share the offensive load with his teammates is something that has made the Warriors the dominant offensive threat they have been in the past. The Warriors will be without Thompson until at least the All-Star break, according to Warriors President of Basketball Operations Bob Myers.
To add to Golden State’s problems, the Western Conference has become stronger than ever. The Houston Rockets, perhaps the Warriors biggest competitor for the past two years added one of the best players in the league in Russell Westbrook in a trade that sent former star point guard Chris Paul to Oklahoma City.
To add insult to injury, the Pacific Division is now easily the most competitive division in the NBA. Over the summer the Lakers added arguably the best center in the league in Anthony Davis while the Los Angeles Clippers acquired two of the best two-way players in Paul George and Kawhi Leonard.
However, it is not all bad news for the Warriors. The Warriors signed former Sacramento Kings center Willie Caulie-Stein to a two year $4.4 million. Caulie-Stein is a veteran interior force that will help young developing center Kevon Looney who had a breakout season last year co-leading the Warriors defense with Draymond Green.
With the Warriors battling injuries, lost talent and a lack of bench depth it is hard to see the Warriors making it to a sixth straight NBA finals. However, the Warriors still possess enough talent to make the playoffs that will see them face either championship favorites Lakers or Clippers in the first round.
The Warriors will begin their 2019-20 season on October 24th at home against the Los Angeles Clippers.