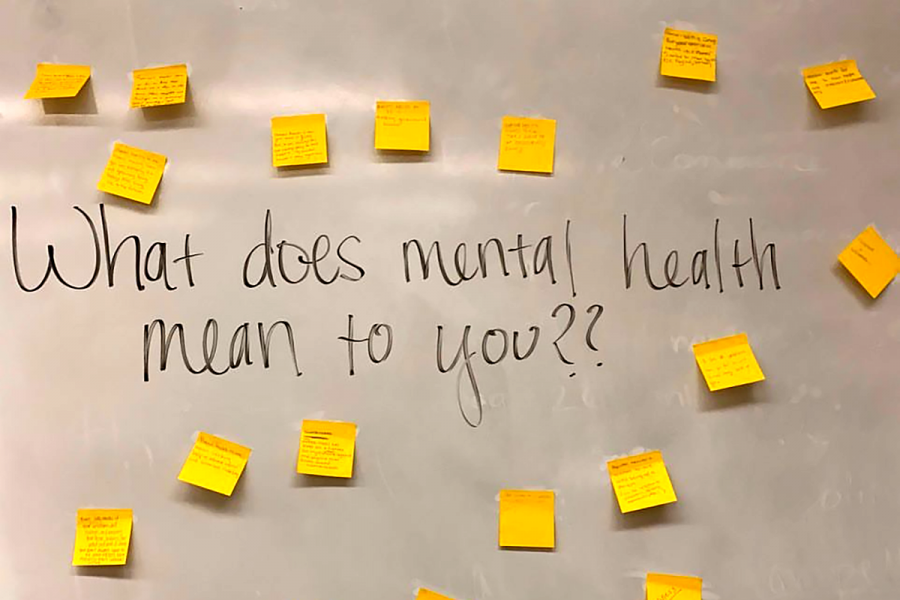 Depending on who you ask, the connotation around mental health can change drastically. While some understand the importance of maintaining good mental health, others believe mental health is nothing more than an excuse for a lack of work ethic. However, a group of students on campus are determined to change that preconceived notion.
The African Student Association (ASA) and Zeta Sigma Chi hosted an event about mental health awareness on Oct. 9, just a day before World Mental Health Day. The group organized a mixer as a joint function between both organizations for students to discuss their views of mental health and how they’ve been able to deal with their own personal issues with mental health.
Mental health and depression does not have an age range or limitation on who is affected. Mental health can be seen across all demographics, no matter what age, race or gender. The people that attended this event reflected that image because we all individually have been to a point where we question ourselves.
Nearly one of six Californian adults experience some mental illness, but one out of 24 individuals have a serious mental illness that makes it difficult to carry out life activities, according to the California Health Care Foundation.
Federal and state laws have included mental illness under Medi-Cal eligibility for mental health services. in addition, to public and private parties devoted to expanding access to care to reduce the stigmas because many people fail to receive treatment for their mental health issues.
“Unfortunately at a young age, my dad passed away,” said Sarah Bozkurt, one of the organizers for the event. “I have an African mother so to talk about my dad in sadness was taboo and it’s kind of sad because if I didn’t have God and or if I didn’t have siblings that were in the same boat as me I would have been destroyed. ”
The social stigma behind people of color is they usually have a hard time expressing their feelings in their household because of the prejudiced attitudes towards mental health. In the homes of minority families, mental health issues are not publicly discussed because having mental problems makes others view you as weak and unstable.
No one wants to be looked at as the “crazy” person or the one that doesn’t know how to deal with their emotions. Black and brown people are often affected by daily traumas of poverty, homelessness, which makes it difficult to survive.
The organizers asked the audience what are their coping mechanisms for dealing with mental health. The audience discussed how people are now using social media as an outlet to talk about their issues and are now finding others going through similar things.
One of the biggest platforms we see being used to seek assistance with mental health are Instagram and YouTube because people are able to discuss and dissect their emotions within the comment section on both platforms. By visually watching someone have the bravery to talk about such a vulnerable topic on such a big platform, it adds a sense of comfort to those seeking help. There are smaller platforms people use to seek seeking guidance in their process of finding happiness.
That feeling you get when you find someone who is going through the same things you are is undescribable. To find a support system that will be there for you when you need them most can mean the world. With events like this, finding that support system becomes so much easier.