Ride for kids returns for its 35th anniversary 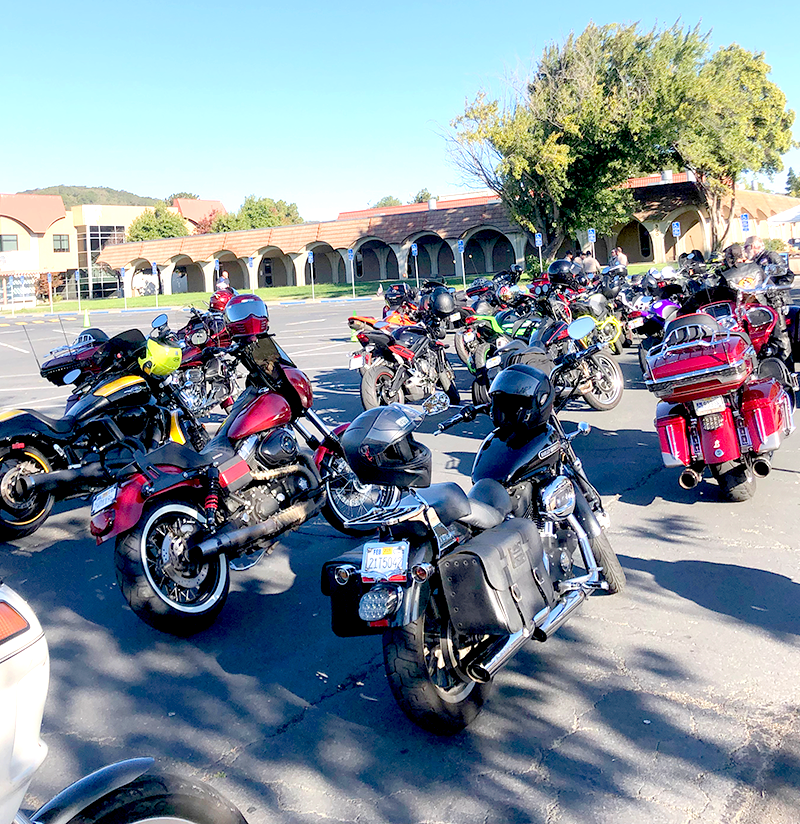 A child’s imagination can be a wonderful thing. A cloud can become a dinosaur, a stick becomes a knight’s sword ready to slay a dragon, and an empty box becomes a ship soaring to the Moon. Or even, a motorcycle rider can seem like the world’s most brave daredevil.
It’s 12 o’clock noon on Sunday as Dr. Michael Prados thanks a crowd of motorcyclists riding in support of the pediatric brain cancer fundraising event at Solano Community College.
“Brain Cancer research has come a long way,” said Dr. Prados, “I was born in 1948. Back then DNA had not even been discovered yet. Today we can identify an entire genome in only 4-5 days.”
The Northern California Ride for Kids event is held annually to raise funds for finding a cure for pediatric brain tumors, according to organizers. The event is held by The Pediatric Brain Tumor Association.
Ride for Kids is a scenic, police-escorted motorcycle ride and charity event that has been operating since 1984. The Pediatric Brain Tumor Foundation was created in 1991 by the founders of Ride for Kids. The events fund free educational resources, college scholarships for brain tumor survivors and emergency financial aid for families.
Pediatric brain tumors are masses or growths of abnormal cells that occur in a child’s brain or the tissue and structures near it. Many different types of pediatric brain tumors exist. Some are benign, meaning noncancerous, and some are malignant or cancerous.
Registration opened at 8 a.m. and kickstands were up two hours later as a large group of motorcycles led by local police who volunteered for the event rode through Lake Berryessa backroads.
Local pediatric brain tumor survivors or “stars” as they were referred to on the day of the event, accompanied motorcyclists on the ride as passengers. Any make or model of street-legal motorcycles were welcome. Food, entertainment, and a silent auction were also available for the event attendees.
Currently, less than 1 percent of the National Institute of Health (NIH) budget goes to pediatric brain cancer research, according to Prados. Almost all of the work that has been done has been a result of donations.
“This is where I get political,” said Prados. “The government doesn’t put much money into this research. It should be a top priority.”
Funding that was raised previously for pediatric brain tumor research has supported clinical trials, launched cutting-edge collaboratives and seeded the field for future discovery. Donations fund medical research grants and family support programs at the Pediatric Brain Tumor Foundation.
In addition to events, the foundation provides emotional, informational and logistical support to help those experiencing pediatric brain tumors.
They include a “Starfolio Resource Notebook” for newly diagnosed families, an emergency financial assistance program called the Butterfly Fund and the Imaginary Friend Society, and a series of animated short films that explain a wide range of complicated cancer topics in a way that kids can understand.
The stakes are high because brain cancer is rare and each patient is unique and critically important, Prados explained. There are not as many opportunities to test research hypotheses with patients. Charity events such as this create awareness and a much-needed community focused on the issue of pediatric brain tumors.