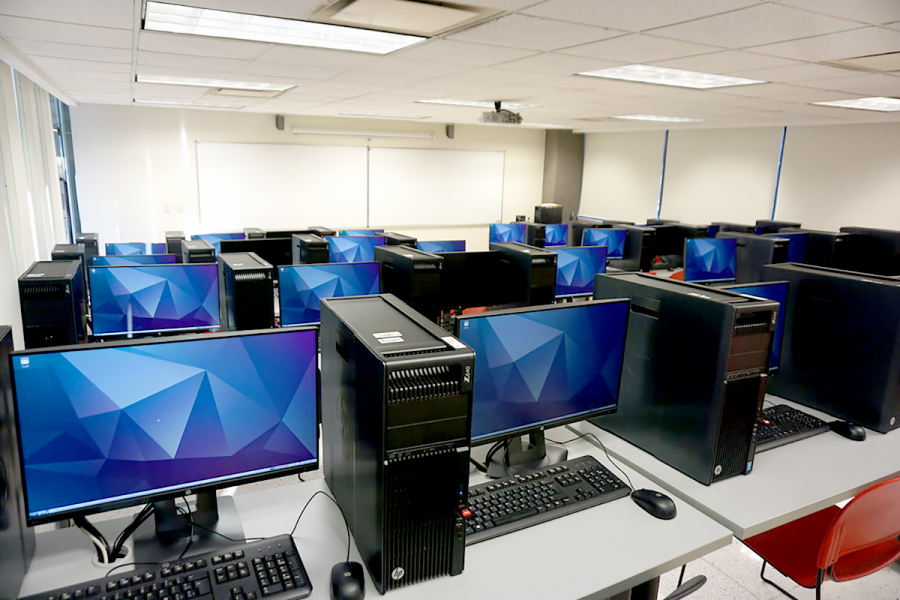 Today’s classroom looks nothing like those from decades earlier. A half a century ago, classrooms were filled with fifteen to twenty students staring at a chalkboard and a female teacher. The goal was not only to excel in academics in all areas such as mathematics, reading, writing, history and science, but to learn how to be active and equal participants in our democracy.
There was no technology involved, forcing students to be aware and not distracted by outside items. However, today we are in a technology era, where the use of it in classrooms has enhanced students learning, rather than get in the way of student’s education.
Technology has found a way in classrooms, as a positive and helpful tool. Whether it be a document camera or projector to help put worksheets or assignments on the board.
There is also the addition of televisions to broadcast news of importance, events and in some cases the schools way to announce special events and important dates to remember.
Some classes have Chromebooks for their students so that during down time they are allowed to do activities that correlate with their lesson of the day, as well as a way to take their standardized testing individually. Other classrooms use cameras and video equipment to help with projects and assignments.
Overall, technology has been integrated into our classrooms for the better.
Some oppose this view because they think technology does not belong in schools because it is a distraction, kids just play on their phones, and they are not paying attention to the lesson at hand.
In some cases, certain students will be distracted, but teachers could easily make an agreement with the students by giving a special time for technology usage, including phones, so that the rest of the time the kids can be following directions, hands free.
The positive usages for technology in classrooms are too great to pass up. It is new, it is change, but this is a new era. Luckily, with this era evolving, so are the people, and a way to help the people of tomorrow is to help them with technology and to help them take advantage of its various usages today.
Currently, CSUEB sets a good example to its peers as it is a university that embraces technology in the classrooms and on campus. CSUEB’s new CORE building, expected to be constructed by 2021, will include an innovation and technology center, as well as 500 study spaces for students.