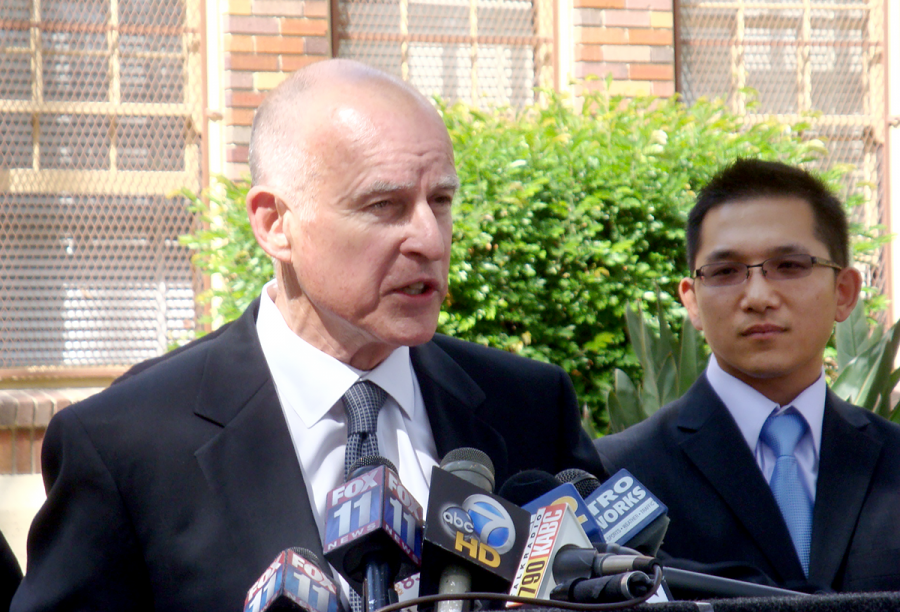 The California State Legislature and Governor Jerry Brown approved a $75 million allocation to support the California State University’s Graduation Initiative (GI 2025) which was divided among the 23 campuses this school year. California State University, East Bay received $2.519 million of these funds.
“Things we put into place 10-15 years ago worked at the time,” said CSUEB Provost Edward Inch. “But, times and things have changed so we need to adapt to accommodate our students’ needs. We need to give them the best opportunity to succeed in a timely manner.”
The purpose of the new GI 2025 funds is to further support the success of the initiative originally launched in Jan. 2016, according to Inch.
GI 2025’s main purpose is to increase graduation rates and reduce the equity gap. Historically and presently, first-generation, low-income and students of color graduate from college at lower rates than their peers, according to California State University’s GI 2025 fact sheet.
It is called the GI 2025 because the California State University system has estimated the four-year graduation rate will increase from 19 percent in 2015, to 40 percent by 2025 among four-year students. Graduation rates for six-year, four-year transfer students and two-year transfer students are also estimated to increase significantly.
Evidence the Initiative is already working is supported by the increase in graduates. In the 2017-18 academic year, 6,660 additional students graduated from a CSU school compared to the previous year, according to the GI 2025 fact sheet.
Inch held a Town Hall meeting at the CSUEB University Union, on Oct. 15. The Town Hall meeting was an open discussion for staff and faculty members at CSUEB to give their input on how to spend these funds for maximum results.
Integrating the general education services with colleges specific course requirements on campus was a significant subject at the discussion.
“I would like for my department to work with the colleges directly,” said Sam Tran, an academic and career counselor for Academic Advising and Career Education. “It is not fair that students have to file for graduation so early, then find out a month before they walk they have to take one more class. It is expensive to be a student, so they deserve the right services and resources to graduate on time.”
According to GI 2025’s fact sheet, the Initiative’s “Roadmap To Success” is built on six pillars.
The first two are academic preparation and enrollment management. These are designed to provide CSU students with the support needed regarding when and what units to take, before the beginning of their second academic year.
Next includes student engagement and wellbeing, along with financial support. By encouraging a strong sense of belonging and providing financial help, students are more likely to remain in school, therefore their chances of graduating are higher.
Finally, the last two pillars are data-driven decision making and administrative barriers. Research identifying what academic support programs help students the most will maximize a campuses resources. Eliminating any unnecessary administrative barriers will also maximize a students chance for success.
If CSUEB decides to take the funding, faculty on all CSU campuses will be required to report on the research and best practices that support how and where they decide to spend these funds regardless of the approach.