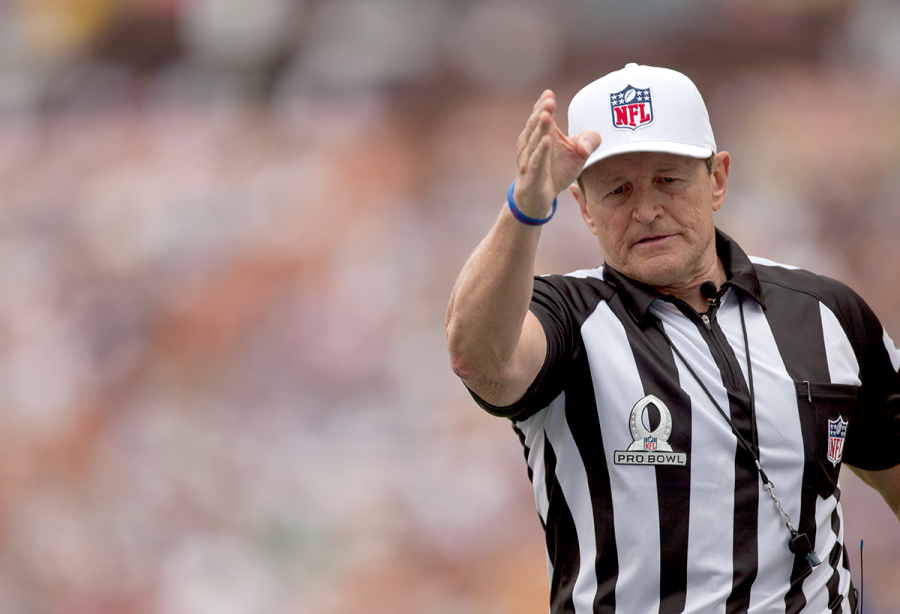 Penalties change the way defenses play
William Hayes, defensive end for the Miami Dolphins, will miss his 10th season in the NFL after an injury to his ACL during a game against the Oakland Raiders on Sept. 23.
The NFL implemented an update to the “Roughing the Passer” penalty, which has stirred controversy amongst players in the league.
Defensive players are no longer allowed to land on top of quarterbacks when sacking, according to the recent adjustment to the NFL rulebook.
The new “Roughing the Passer” penalty explains that “a defensive player must not unnecessarily or violently throw him down or land on top of him with all or most of the defender’s weight,” according to the NFL rulebook. ”Instead, the defensive player must strive to wrap up the passer with the defensive players arms and not land on the passer with all or most of his body weight.”
The rule change also affects the outcomes of NFL games. In the game between the Green Bay Packers and Minnesota Vikings on Sept. 16, Packers linebacker Clay Matthews appeared to cleanly sack Vikings quarterback Kirk Cousins, which resulted in an interception thrown by Cousins.
However, the referees decided to call “Roughing the Passer” on Matthews which rewarded the Vikings 15 yards and an automatic first down. The Vikings took advantage of the call by marching down the field and tying the game, causing the game to go into overtime.
Players within the league have openly opposed the rule change and many of them have turned to social media to state their frustration.
”My question is why won’t they just put flags on the QBs? They would rarely hit the ground then,” said San Francisco 49ers cornerback, Richard Sherman in a tweet. “Guys would be able to grab the flags and that would be a sack. Guys are losing thousands of dollars just doing their job. Something has to change.”
Sherman is not the only player upset with the rule change; JJ Watt, defensive end for the Houston Texans, also turned to social media to voice his opinion. “Roughing the Passer calls are absolutely out of control,” tweeted Watt.
NFL fans like Brandon Markey, are finding football games less enjoyable to watch due to the rule change.
“I think we are already seeing the league going in a new direction, most of the rules benefit the offensive side of the game, probably because of the backlash to concussions they want to see less big hits,” said Markey.
Executive Vice President of NFL Operations, Troy Vincent, released a statement in support of their decision making in regard to the new rule.
“In reiterating its position on quarterback protection, the committee determined there would be no changes to the point of emphasis approved this spring or to the rule, of which the body provision has been in place since 1995,” said Vincent.