The perils of being a student journalist

JPEGMafia performs in the crowd as onlookers watch and record with their phones during the 11th Annual Treasure Island Music Festival at Middle Shoreline Park on October 13, 2018.

“You’re fake news, the media badge that you have isn’t real.”

This weekend at Treasure Island Music festival, I had to fight the crowd for not only space, but common decency as a journalist doing her job. Being denied access to the photo-pits by the festival organizers left me in a difficult situation.  As I covered the event, insults rang out around me, attendees directing their attention toward me instead of the stage.

I became a target.

I have covered other events in the past with a press pass, such as  the Golden State Warriors Championship Parade and the United States Women’s National Team vs Chile game. Each time I was also given a media pass–the same type of media pass I used for the TIMF. 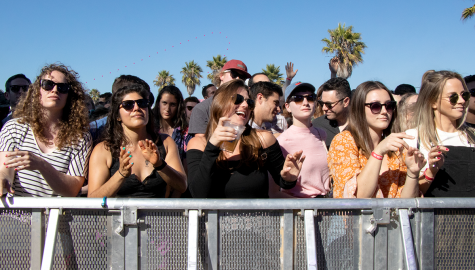 However, at previous events, the passes I received gave me access to the photo pits and press rooms.  This access set me as an equal to the other ‘big-time’ photographers from more widespread publications, and changed how I was viewed by those obviously judging my credibility.

As a student journalist, I often find myself reporting alongside major news organizations. Never before have I been treated so poorly by an audience–and to think, I was merely doing my job.

While the term “fake news” is nothing new, it has risen to prominence since the election of President Donald Trump. The term has been used frequently in the mainstream media to discredit the news, it was listed Merriam Webster Dictionary in 2017 and was named word of the year by the American Dialect Society.

During the first day of the festival, the crowd allowed me to get near the barriers to take photos as I assured them that I would be gone within the first few songs. However, by the second day of the festival, things began to take a turn for the worse. I had to rely on the few kind people that I met during each performance to ensure that I could do my job.

As the day turned into night, I reached out to my point-of-contact during the festival and asked if there were any extra photo pit passes I could get my hands on because I knew it would be harder to get to the barriers to take photos. I was told that I would be contacted if there were any. They never got back to me. 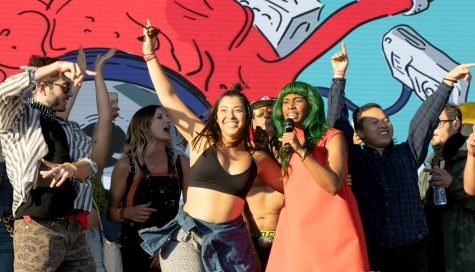 By that point, the only thing I could do was to try to make it to the sets early enough to get the space I needed. Although some fans were annoyed that I had to reach over them in order to get a particular shot, the situation did not come to a head until the headliner of the second day, Tame Impala came onstage.

I tried to do anything to get to a good position in the crowd. People began to criticize me and yelled that my media wristband was fake and said that I should not be able to get to the front when they had waited two hours for their spot. I tried for a while longer, but had to concede to the position the festival organizers had left me in.

I had hoped that the crowd would understand my situation, but decided it was not worth to stay at a performance that I had been looking forward to photograph if I continued to be called names.

No journalist, no matter how small or large the publication, should have their credibility questioned. Journalists are the gatekeepers of society and report on what they see in an ethical way. This means producing images that sets the scene of the story.

I hope that next year TIMF will give all photographers photo pit passes instead of limiting them to certain media outlets. This will ensure that journalists will be safe and not the target of their crowds. Until then, I will continue to do my job as a visual journalist and continue to tell the stories that matter.