The T-Mobile, Sprint merger not as beneficial as companies claim 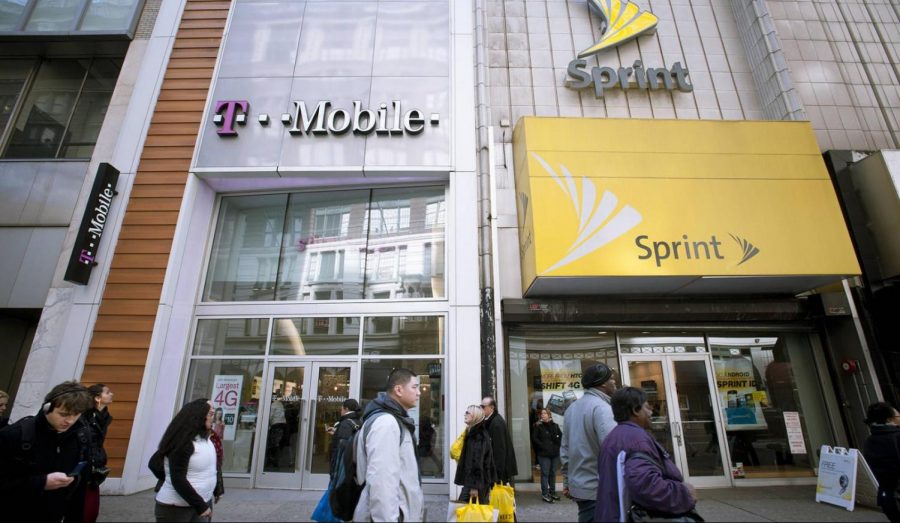 On April 29, T-Mobile announced its plan to purchase Sprint for $26 billion. If the deal is pushed through, it would put T-Mobile in control of over 100 million customers, making it the second largest phone carrier in the country, second only to Verizon, according to Forbes.

So why would T-Mobile want to buy Sprint? Representatives at both wireless companies are claiming the merger’s goal is to provide customers with the best possible service as the 5G networks are rolled out and also the benefit of adding jobs to the market.

Immediately after the deal was approved by Sprint, T-Mobile published a website called Allfor5G.com. The site offers some rather vague insight into a “race for 5G” that has been branded as the next generation of wireless coverage.

The Allfor5G website is a bit misleading. For example, it includes a page called “Voices From Around America,” which on the surface seems like a collection of quotes from both T-Mobile and Sprint customers. Instead, it is simply a series of block quotes from telecommunications experts on the importance of 5G for global markets.

The Allfor5G website also attempts to answer the burning question on everyone’s mind: How will this affect our monthly wireless bills? Its response seems almost too outlandish to be true. “Lower prices! Our enhanced scale allows the new T-Mobile to compete at lower prices WITH NO END IN SIGHT!”

Experts are not convinced.

“The general view on Wall Street is that is that as a result of the deal, there are likely to be job cuts, and prices are likely to rise,” Blair Levin, policy advisor for New Street Research, told The Washington Post in an interview earlier this month.

A telecommunications union called The Communications Workers for America estimated that the deal could eliminate up to 20,000 jobs and squander competition in the wireless market, which would lead to higher prices.

Rodrigo De La Rosa, who works as a senior site advocacy manager for T-Mobile, also teaches a course at CSUEB.

De La Rosa emphasized that the deal is still in its primary stages and with the many botched merger deals in recent history, getting this deal approved will be challenging.

“[In 2011] AT&T tried to purchase T-Mobile, very similar to how we’re looking to merge with Sprint – but it didn’t pass,” he said. “The reason was because the White House basically said ‘we want competition.’ So now we have to make an argument as to why this is different from when AT&T tried to [purchase] T-Mobile.”

The implications of this merger between T-Mobile and Sprint are massive. With Net Neutrality on the brink of being dismantled, this deal seems to favor the major wireless networks rather than the consumers. Though it will take time to be approved and it may not even be approved at all, the only certainty for consumers is that both the internet and their wireless data plans are about to change dramatically.