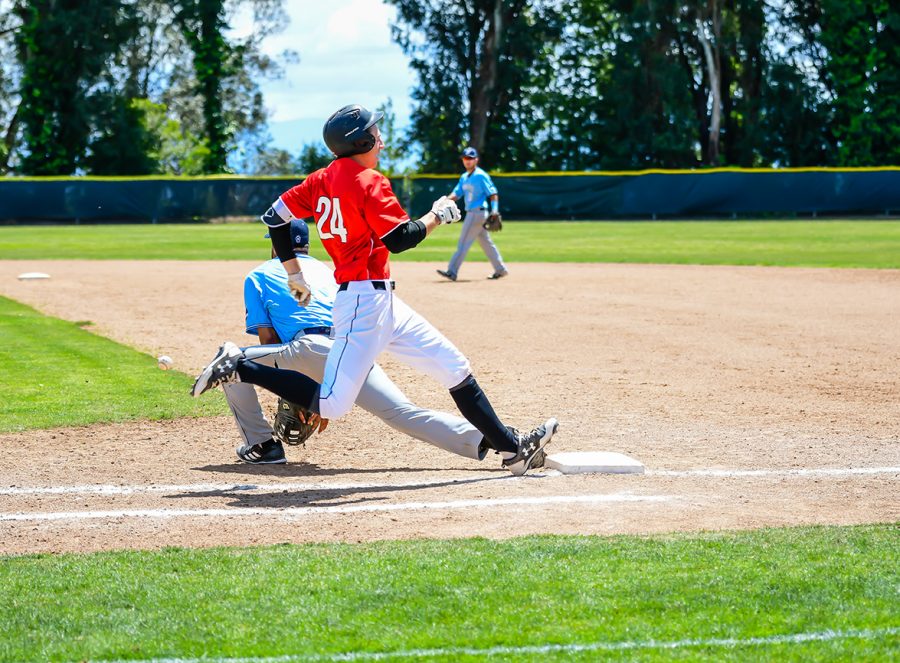 “This season has been a grind,” senior pitcher Alex Vesia said. “It just didn’t go our way.”

If the Pioneers won just two more games, they would have been tied in sixth place with San Francisco State (24-26 overall, 23-21 CCAA) and would have had an opportunity to play in the postseason, but that was not the case. The Pioneers lost their four-game series over the weekend 1-3, unable to match Monterey’s strong play.

In the first game, East Bay only managed to score one run when senior utility player Dallas Dey reached base on an error and senior outfielder Raymond Jones scored. This run came in the bottom of the seventh inning and East Bay trailed 3-1.

The Otters then scored two more runs, which gave them the 5-1 win. CSUEB had 12 hits in the game, but they were unable to translate them into runs.

On Friday, the two teams played a doubleheader, where the Pioneers were dominated by the Otters in the first game as they lost 17-5.

East Bay jumped out to a 4-0 lead in the second inning and things looked good, but Monterey would mount a comeback. The lead only lasted until the third inning when Monterey responded with five runs.

The Pioneers would only score one more run in the game, while Monterey capitalized on their 22 hits.

In the second game of the doubleheader, East Bay snatched a win in a low scoring game. Monterey scored in the first inning, but East Bay responded in the second inning when junior catcher Matt Cantelme singled to right center field and first baseman Jacob Eder scored. The Pioneers then scored one additional run in the fifth inning to give them the 2-1 win.

This win gave the Pioneers some hope to make the postseason, but they were unable to capitalize on the opportunity.

“Baseball is a sport where just because you do everything right doesn’t mean you will win the game,” Vesia said. “It’s unpredictable, what will happen. We gave our best out there.”

In their final game of the season on Saturday, East Bay lost 13-8 in the fourth game of the series, which also put an end to their season.

The Pioneers ended their season with a 24-26 overall record and 21-23 in conference play.