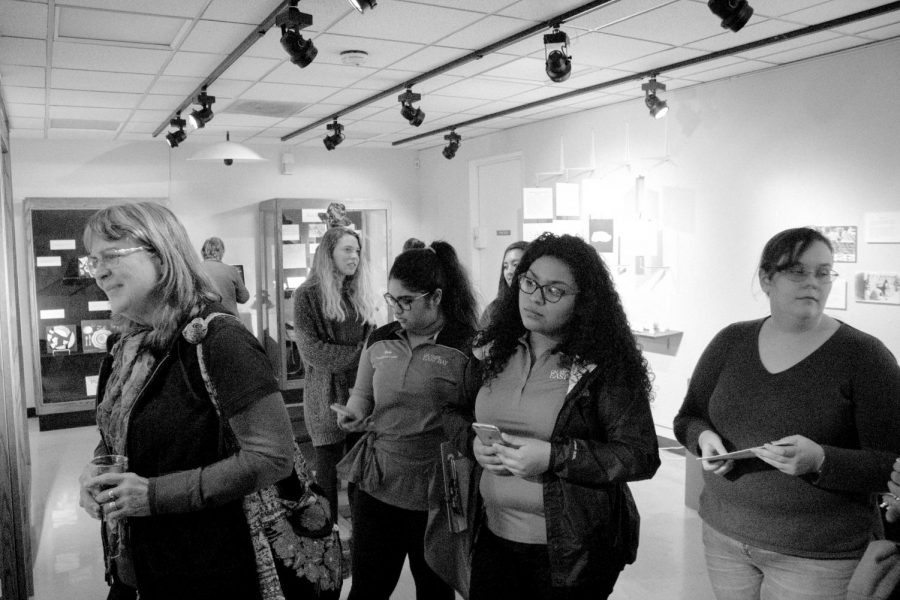 The history of the East Bay is on full display with the new series of displays at the C.E. Smith Museum of Anthropology at the Hayward campus of Cal State East Bay.

The museum reopened its doors on March 5, and features “Acorns, Adobes, and Archaeology Sifting Through the East Bay’s Past.” The museum’s assistant director, Marjorie Rhodes-Ousley, said there is no charge to the public before the exhibits close on June 9.

The museum has two exhibits open to the public, the new “Acorns, Adobes, and Archaeology” which focuses on the history of Peralta Hacienda Historical Park in Oakland. This exhibit is filled with information on Peralta Park experimental archeology pieces such as adobe brick ovens and a garbology display which covers the cultural significance of trash found in the park and what it can tell us about the people living there.

The second exhibit, “Against All Odds,” originally opened last year and tells the story of survival and adaptation for local East Bay natives like Ruth Orta and her family. In this exhibit, Orta and her family share details of their tribal and ancestral history. The exhibit shows how they have continued to shape their ancestral culture as modern Americans.

“The park represents the earliest non-indigenous colonization of the East Bay,” Albert Gonzalez, an assistant professor of archaeology at California State University, East Bay said. “The Peralta family were the first folks to architect houses that Native Americans constructed in the area of the East Bay. The first primary residencies were right there at Peralta Park and then they extended outward from there, but everything was centered on Peralta Park.”

The park officially opened to the public in 2001 and according to Holly Alonso, executive director of Peralta Hacienda Historical Park, “The site reveals the untold stories of the Fruitvale and Oakland area today and the history of the Peralta rancho, giving voice to the many cultures who have created—and are still transforming—California. The six-acre park and historic site form art and educational hub for local families and the regional public.”

Peralta Park is connected with the center for community engagement at CSUEB, which makes the park a qualified field site where classes can be held off of university grounds.

Many departments such as history, ethnic studies, political science, geology, English and more have begun to use Peralta as an off-campus location to hold class, Gonzalez explained. The park also provides other activities such as multimedia storytelling tours of the historic house and site, the “Welcome to Wildlife” weekend youth program, “Youth Making History,” a daily after-school teen program and school field trips for third and fourth graders.

The new “Acorns, Adobes, and Archaeology” exhibit at CSUEB’s Museum of Anthropology has a collection of cultural and historical artifacts that are associated with the East Bay. The exhibits close on June 9 and are free Monday through Friday on the fourth floor of Meiklejohn Hall in room 4047.