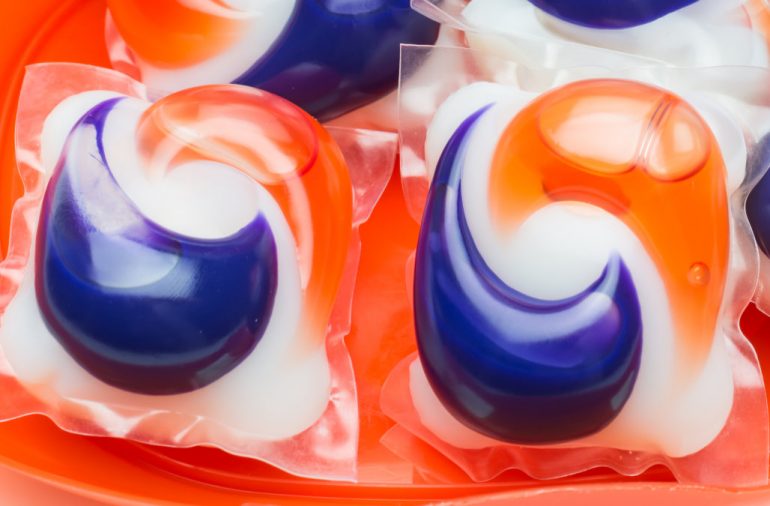 A new challenge gained momentum in the last few months that inspired teens and young adults to allegedly eat Tide’s dissolvable laundry detergent Pods as a dare, despite the clear warning labels indicating: “harmful if put in mouth or swallowed” on Tide’s Pod packaging.

Procter & Gamble are partnering with leading social media networks in hopes to remove content encouraging this dangerous behavior. They are working with the American Cleaning Institute in order to assist post-secondary educational institutions in educating students about the proper uses of laundry detergent products.

“Nothing is more important to us than the safety of people who use our products.” Procter & Gamble said in an email to The Pioneer. “We are deeply concerned about the intentional and improper use of liquid laundry pacs by young people engaging in intentional self-harm challenges.”

Tide published a public service announcement video in January with Rob Gronkowski, a New England Patriots football player, in order to affirm what Tide Pods are meant to be used for and to discourage people from ingesting or biting into the product.

“What should Tide PODs be used for?” Tide posted on their Facebook page. “DOING LAUNDRY. Nothing else. Eating a Tide POD is a BAD IDEA, and we asked our friend Rob Gronkowski -Gronk to help explain.”

Photos and videos have circulated on social media revealing teens biting into a Tide Pod laundry detergent packet. From the videos the teens start to gag, foam at the mouth, spit the Tide Pod out and continue to attempt to spit out the excess liquid that gushed out from the Tide Pod.

“Social media has an effect on children and we do not know fully the effect that it has. We know that this Tide challenge has spread through social media,” Michael Stanton, a licensed clinical health psychologist and assistant professor in the health sciences department at California State University, East Bay, told The Pioneer. “I think we need more research into the effects of social media and how it affects growing brains in children. It is a really sad and dangerous that this Tide Pod challenge continues to spread.”

Side effects that can occur from exposure, biting, inhaling or ingesting laundry detergent pods can include: coma, respiratory arrest, seizures, pulmonary edema, death and much more according to American Association of Poison Control Centers Website. They posted a high alert warning on their Facebook page on Jan. 23 about a recent increase in intentional exposure to single-load laundry detergent packets.

“During the past five years, poison control centers have received well over 50,000 calls relating to liquid laundry packet exposures,” The American Association of Poison Control Centers published as an alert to their website. “While unintentional misuse by children five and under accounted for the majority of these calls, a recent trend among teenagers ingesting the packets—and uploading videos to various internet platforms including video-sharing websites, social media, and vlogging platforms—has caused significant concern among poison control centers.”

Over 10,000 human exposures to liquid laundry packets occurred in 2017 to children five and under. 1,194 similar cases of exposure for children five and under were reported this year alone. 191 cases of intentional exposure, occurred to teens and young adults between the ages of 13-19 years old since January, according to the American Association of Poison Control Centers.

Laundry detergent including Tide’s dissolvable pods should not be ingested. These products should not be placed in the mouth and should not come in contact with the eyes. If contact does occur with the eyes or mouth, or if ingested consult a doctor immediately. Call the Poison Help Hotline at 1-800-222-1222. You can text POISON to 797979 to save the number in your phone, or visit http://www.aapcc.org for more information.