A teen activist is born 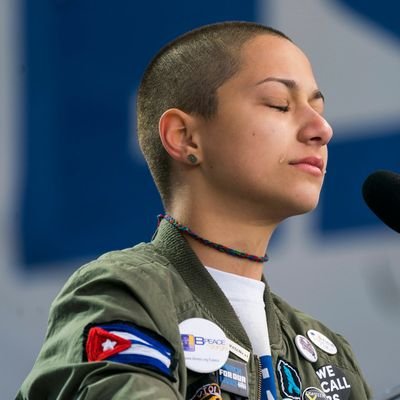 Over half a century after Martin Luther King Jr. changed the world with his “I Have a Dream Speech” in 1963, Emma Gonzalez, a senior and mass shooting survivor from Marjory Stoneman Douglas High School, gave her “We call BS” speech at a gun control rally in Fort Lauderdale, Fla., on Feb. 17.

“We are going to be the kids you read about in textbooks,” Gonzalez said in her speech. “Just like Tinker v. Des Moines, we are going to change the law. That’s going to be Marjory Stoneman Douglas in the textbook and it’s going to be due to the tireless effort of the school board, the faculty members, the family members and most of all the students.”

For years, news outlets have released countless headlines about the hundreds of lives lost to mass shootings in America. For years, we watched through our screens and let the headlines fade away after a couple retweets and a “like” on Twitter sending our “thoughts and prayers.”

Now, for the first time in decades, the world stopped to listen to a voice that called for action beyond a retweet. Emma Gonzalez bravely stood in front of a crowd, and she spoke loud and proud about gun control. She brought us into the room with the shooter and introduced us to a student with a gun. She grabbed us by our wrists, and then she forced us to see the reality of the situation. Despite the mental illness he may have had, the shooter was a nineteen-year-old male, who was an expelled student that purchased a military grade weapon with the sole purpose of killing innocent students.

For the first time in decades, we listened and understood the words that Gonzalez said at the podium. Since then, the students of Marjory Stoneman Douglas High School joined forces and said enough is enough. Their voices have been heard, and they have gained the support of celebrities, making these students locally and nationally famous.

The power of the human voice can go a long way, nowadays, and anyone can have a voice via social media. What we do with our voice makes a huge difference when social media consumption is a part of our daily lives. As of Feb. 28, Emma Gonzalez has 1.14 million followers on Twitter which is nearly double the amount of the NRA. She along with other student activists are using social platforms to call attention to the issues around gun control. They are leading the way and starting with the March for Our Lives protest taking place across the country on March 24. You can find multiple events in the Bay Area including in Oakland, San Jose and San Francisco.

Gonzalez has inspired people of all ages to take action against gun violence, including me. As a college student, gun violence is a very real thing that I now have to worry about. One second I could be walking to class, and the next I could be lying dead on the floor. My peers and I live in fear when we shouldn’t have to, and especially on our campuses and in our classrooms; places where we should be safe.

Let your voice be heard and go on social media to join the movement. Educate those who lack knowledge on the subject and participate in a March for Our Lives event near you. Everyone has a part and anyone can make a difference. #StudentsStandUp