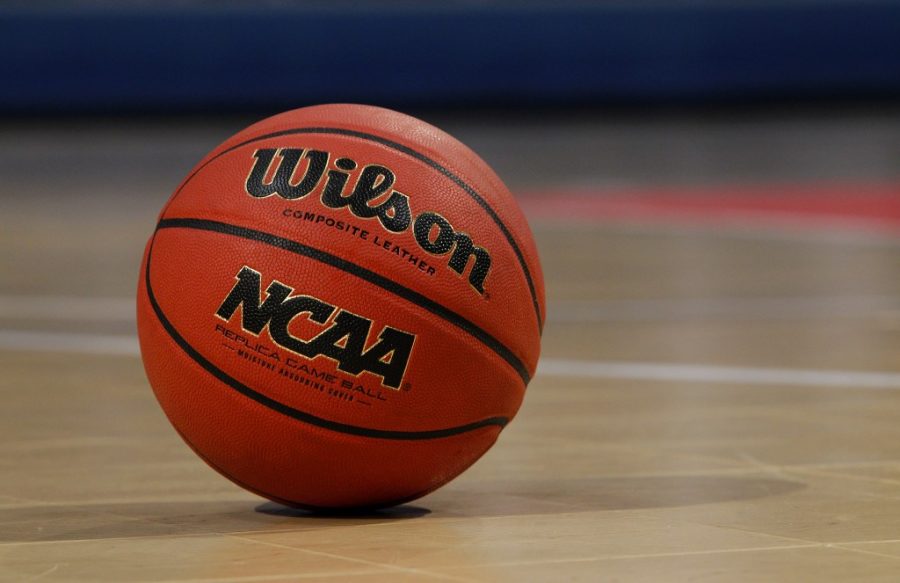 A detail view of an Wilson NCAA basketball is seen on a court at Bracket Town on Sunday April 3, 2011 in Houston, Texas. (AP Photo/Aaron M. Sprecher)

Former NBA commissioner, David Stern, established a rule in 2005 that players are not eligible for the NBA Draft until they are 19. This rule has since sparked much conversation and debate. It also brought about what is now known in the National Collegiate Athletic Association (NCAA) as “one and done.”

“One and done” is a phrase that describes high school basketball players that attend and play college basketball for one year, before declaring for the NBA Draft. These players are the top players in the country, and they bring in a lot of revenue to these schools. This has caused some schools to even pay these players to come to their school.

Some argue that athletes should not get paid because they are receiving a scholarship. Scholarships cover a student-athlete’s tuition, books, an apartment and some meals, but there are other expenses that scholarships don’t cover.

Scholarships don’t cover transportation costs, school parking passes or groceries for the apartment. The athlete also doesn’t receive any scholarship money during the summer months because they are not enrolled in school, according to an ESPN feature done in 2011 on NFL quarterback Kirk Cousins.

Fixing this issue is very simple. The NBA has a developmental league known as the G-League. The G-League helps players develop their skills, gives them an opportunity to be looked at by all NBA teams and potentially earn a roster spot on the team. Instead of going to college for one year, elite high school players should try out for the G-League, and give themselves a chance to earn a roster spot on one of the teams.

Elite high school players can get NBA level coaching and play against better talent in the G-League. These players then could earn a small salary for playing on the team, and they would still be draft-eligible.

This will increase interest in G-League games, and it could potentially be a huge source of revenue for the NBA. Also, this will allow players to have an alternative to college, and make money in the profession they wish to pursue. It’s similar to the idea of a paid internship.

This may hurt the NCAA’s ratings. But it will help them overall because they are ensured to get players who truly want to play college basketball, and not players who just want to come for a year and leave.

Former G-League player Tyrone Wallace recently earned a roster spot this season on the Los Angeles Clippers. Trey Burke, another player who excelled in the G-League, recently signed with the New York Knicks.

In February, Arizona coach, Sean Miller, was allegedly caught on an FBI wiretap stating he was going to pay $100,000 for freshman center, Deandre Ayton, to attend Arizona, according to an ESPN report. The investigation is ongoing and Miller has denied the reports. Yahoo Sports also released a report in February which alleges that other top schools in the country have violated NCAA rules by paying players as well.

Paying players is against NCAA rules. In order to maintain amateurism NCAA athletes cannot receive benefits from an agent, agree to be represented by an agent, play with professionals or receive any type of salary for playing.

The NBA is focused on getting involved with high school players in the near future by creating academies to train these players in according to an ESPN report. NBA Commissioner, Adam Silver is looking at other possibilities, and this solution should be one he looks to make more popular.