Teachers should not have guns 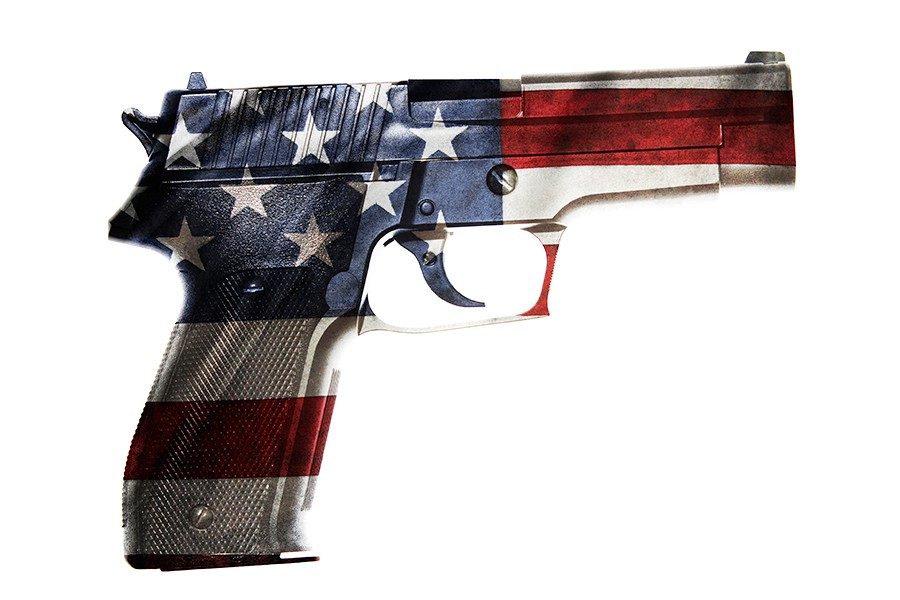 When our founding fathers included our right to bear arms in the Constitution, the current role that guns play in our country is probably not what they had in mind. Their original intentions were to create a permanent citizen army, but since then guns have become much more complicated. America is still the land of the free and the home of the brave, but it is also the home of mass shootings.

The most recent mass shooting took place on Feb. 14 at Marjory Stoneman Douglas High School in Parkland, Fla. Seventeen people were killed and 15 were injured. In response to the shooting, the status of guns, and their relationship to school safety is a hot topic throughout the country.

President Trump’s solution is to arm teachers with guns. He believes it will allow them to better defend themselves and their students. Some states agree with him and believe that armed teachers can prevent future mass shootings. But their solution is wrong. Teachers should not have guns because arming them blurs the lines between education and intimidation.

Florida is one of the states taking the most action on passing new gun laws. The state’s senate and house approved a bill on March 7 to provide $67 million to a school marshal program. The goal of the program is to properly train and arm teachers.

Any teacher who joins the program would receive a mental health screening, background check and drug testing. They would also receive training in firearm safety, precision, shooting and active-shooter defense, according to a February article in Politico. After 132 hours of training, the teacher would become a certified marshall with the local sheriff’s office.

A program like this already exists in Texas and has been in effect since 2013, according to a statement by the Texas Association of School Boards in Sept. 2017. One school marshall is assigned to every 200 students. They can only legally take action in the case of an active shooter situation.

Since 1966, America has had a total of 150 mass shootings which have killed 1,077 people, according to statistics from The Washington Post. Twenty of those mass shootings were in schools. Eleven of which happened from the early 2000’s to today.

But schools are supposed to be a safe learning environment for students. The solution to arm teachers with guns does not make it any safer. By fighting fire with fire, it turns the school from a place of learning into a place of fear.

The average student in the U.S. spends between 175 to 180 days in school, which equals 900 to 1,000 hours per year, according to the Center for Public Education. As a result, teachers play an important role in their students’ lives. Seventy-five percent of students identify their teachers as positive role models, according to the 2016 School Voice Report from the Quaglia Institute for Student Aspirations, which surveyed students from grades three through 12.

“The primary role of teachers is to teach and to educate our kids with familial values of inclusion, hard work, responsibility and respect rather than with the culture of fear, firepower, exclusion and retribution,” Efren Padilla, professor of sociology at Cal State East Bay, told The Pioneer.

A teacher having a gun in their classroom would change their role. They would go from someone who teaches to someone who frightens. A math teacher from Florida polled his students and found that 80 percent said teachers with guns would not make them feel safer, according to an article from ABC News on March 2.

Many students are in support of stricter gun control and do not want the government to give guns to their teachers. Some students plan to advocate for gun control through the “March for Our Lives” event on March 24, according to an article in The Washington Post.

Instead of arming teachers with guns and spending enormous amounts of money on school marshall programs, state legislators should propose bills for better school resources. Many teachers have used Twitter to explain what these resources should be, according to an article from The Huffington Post on Feb. 23. Some tweeted, #ArmMeWith resources to address the social and emotional needs of my students, #ArmMeWith more free will to teach my students to be good humans and #ArmMeWith more time to build relationships and teach life lessons like kindness and respect.

Teachers should not have guns. The solution of arming them only causes bigger problems instead of solving them. Students should be focused on whether they get a good grade on their test, and not whether a gun is in their classroom.