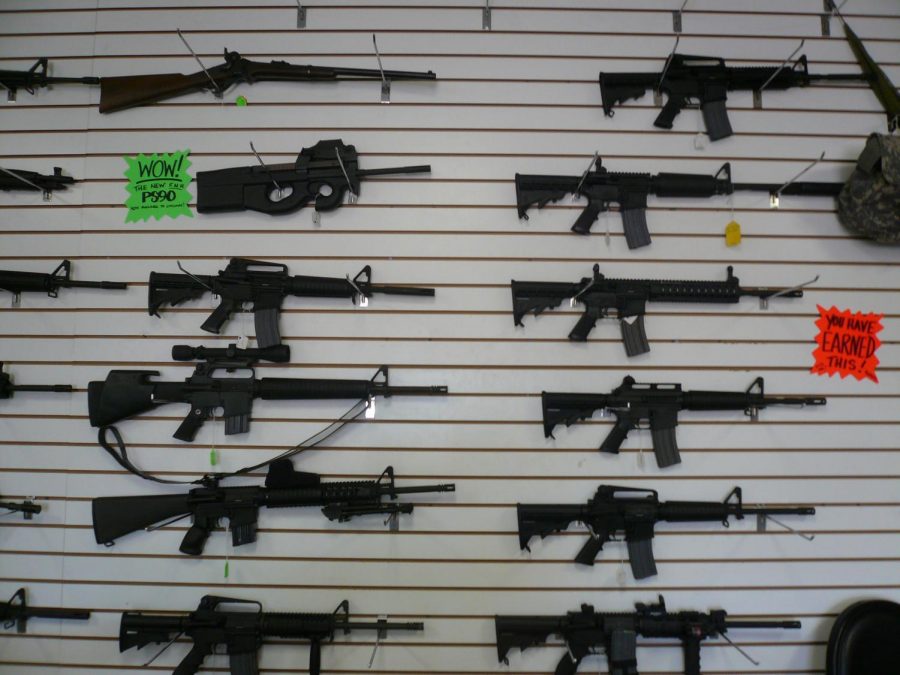 In the wake of the recent school shooting in Parkland, Fla., students across the nation are rising up against the government demanding a change in gun laws across the U.S. Students are pushing for reforms against the selling and owning of automatic weapons and enforcing stricter background checks for people looking to own guns.

For those unfamiliar with what a militia is, it is an army made up of civilians in the case of an emergency. Back in the 1700s, the great emergency that called for a militia was the rising up of Americans against their king across the sea. But now that America has a standing army, militias are not highly used or needed.

In more recent years, rules and conditions applying to gun laws have changed. It was the court case District of Columbia v. Heller, decided in 2008 that protected people’s individual rights to own guns for their personal freedoms. The law was passed with a 5-4 majority ruling, with a major republican influence and since then the Second Amendment has become interpreted in a different manner from what is originally meant.

Before D.C. v. Heller, personal handguns were not allowed to be kept in the same room as ammunition and the ammunition had to be kept locked away. Dick Karvin Heller, a police officer in the D.C. area at the time wanted to change the laws banning the restrictions on handguns in the home and his first attempt in court was quickly pushed down.

“The District Court dismissed the suit, but the D.C. Circuit reversed, holding that the Second Amendment protects an individual’s right to possess firearms,” according to Cornell University Law School’s public records. Additionally, the proceedings continue with “the Second Amendment right is not unlimited. It is not a right to keep and carry any weapon whatsoever in any manner whatsoever and for whatever purpose.”

Efforts have been made by lawmakers to dissuade felons, the mentally ill and suspected terrorists from owning weapons. Currently, background checks are mandatory for anyone interested in purchasing a firearm.

In California, if someone wants to buy a gun they have to go through a very long process before obtaining a weapon. In addition to that assault weapons are completely banned in this state, Handguns are legal however they can only be sold to people above the age of 21.

For instance, “To purchase a handgun in California, you must present documentation indicating that you are a California resident,” according to the California Firearms Law Summary by the Department of Justice. Additionally, “any person over the age of 18 who is not prohibited from possessing firearms may have a loaded or unloaded firearm at his or her place of residence.”

While California is one of the most strict states, places like, “Alaska, Arizona, and Idaho” are the top three least strict in an article by the Huffington Post. In these states, background checks, concealer permits and basic gun license are not required upon purchase.

In addition to that, these states have the high record of gun related deaths with Alaska being the highest and Arizona and Idaho coming in 17th and 18th respectively.

Since the shooting at Parkland High School last month there has been a lot of push for new gun reforms with students and activists alike marching for stricter gun control on March 24 all across the country. Students are using social media as their platform to express their stance on the kind of reform they want and are gaining lots of attention in the meantime.

Until a decision is made on whether or not current gun laws will be changed, states will continue to enforce their own conditions, whether they are strict or not. It may be the Second Amendment can be changed in interpretation again, or nothing will change in the future. In that case, Americans will still be free to exercise their rights under the Second Amendment.