Being an A’s fan is pure agony 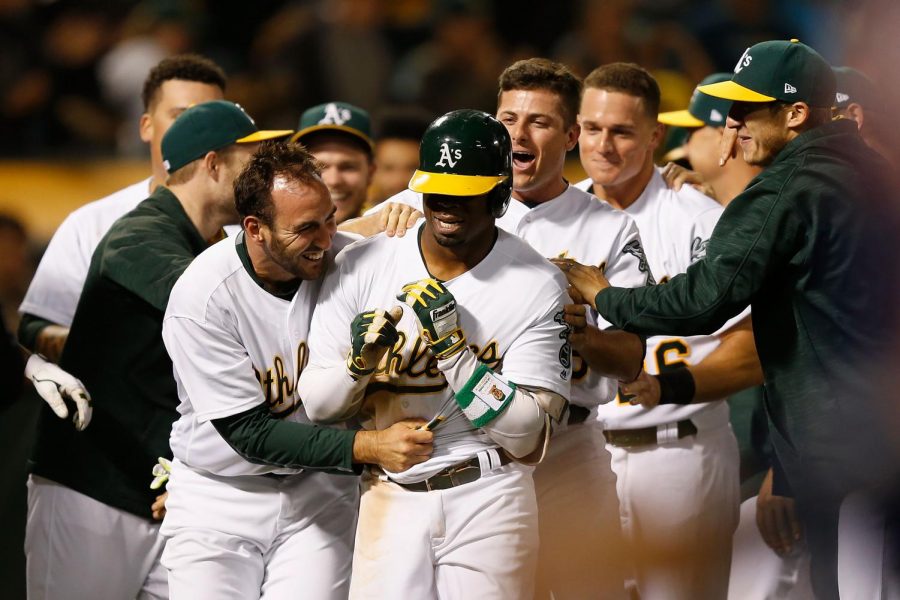 Athletics dysfunction right on schedule
Baseball season is about to start and it’s time to cheer on the Oakland A’s. We love Oakland, which means we love being the underdog team with not a lot of money and we feel great when they succeed. Oakland is not a glitz and glamour team like Los Angeles, Boston, or New York. We’re the hardworking city with a chip on our shoulder. That’s what the fans love.

With baseball season around the corner and spring training about to commence, the A’s are doing what they do best; nothing. They have signed no big name free agent players, and have not added even one decent player to the roster. But I don’t blame the good free agent players in the league for not wanting to come. There is nothing attractive about coming to Oakland.

It can be difficult being an A’s fan. The Oakland A’s can be a dysfunctional franchise. By not signing any good free agent players or resigning their own players that need a new contract, it makes it hard to watch and root for them.

Khris Davis was the A’s best player last season by far. In the past two seasons, he has hit a combined 85 homeruns, which ranks second in all the majors, only trailing Giancarlo Stanton who had 86 homeruns the past twos seasons, according to the Bleacher Report.

Oakland does not treat their players right. They don’t sign players to long term contracts. In 2004 they signed Eric Chavez to a six year $66 million contract, which to this day remains the A’s biggest contract.

They usually sign them to 1 year deals which is not ideal. Why would a player want to come to a team that doesn’t commit to them long term? The players want to feel pursued and appreciated with a decent sized contract that lasts for more than a year and the A’s do a horrendous job at that.

All the good players that the A’s draft or require via trade all leave the team after a few seasons. That’s why it’s possible for the A’s to have a good season every once in a while because they can get lucky and have a good roster of players.

Sonny Gray was drafted by the Athletics in 2013 and became one of the best young pitchers in all of baseball. The A’s traded him to the Yankees for three young prospects who have combined to play one game. They traded him before his rookie contract expired and would have to offer him a long term deal, but they didn’t as usual because the A’s don’t ever want to commit and don’t have enough money.

Once another team sees the A’s have a seriously talented player, they now have a chance to acquire them. The other teams know the A’s are cheap and won’t offer them a huge contract. The Athletics love to keep expectations low and not get the fans to excited.

The A’s have the second lowest payroll in all the majors which is $50 million only beating out the Philadelphia Phillies according to spotrac.com, a website that specifies in player contracts and team salaries. With a payroll like that, you are almost guaranteed to lose because you probably don’t have any big name talented players and you need talented guys in order to succeed in this league.

John Fisher, the owner of the A’s and one of the richest owners in the league, is very cheap. He is worth $2 billion according to Forbes and doesn’t like spending his money on the team and investing in good players. He needs to spend more of his money or sell the team to someone that will spend their money and actually care for this team. A’s fans don’t deserve this.

That’s why the team’s with the highest payrolls like the Red Sox, Dodgers, Yankees, Cubs, Astros and Giants had consistent success. You have to be willing to spend money on players to have a chance to win the World Series which is every team’s goal.

The A’s seem to be content with the way the team plays and the limited success it has. The biggest atrocity is that the A’s have kept Billy Beane around. Beane was the general manager from 1997 to 2015 until getting promoted to executive vice president of baseball operations. Being a manager of a team for 18 years and never reaching a World Series seems absurd.

“Really, what’s been missing the last 20 years is keeping these players. The frustration isn’t that we’ve had success; the frustration is that after success, we haven’t kept them” Beane said to the San Francisco Chronicle in April 2017.

If it was any other team, then that guy would have been replaced. But since the A’s are content with being mediocre they keep him. It makes no sense and boggles every A’s fan’s mind.