What Logan Paul can teach us about the internet 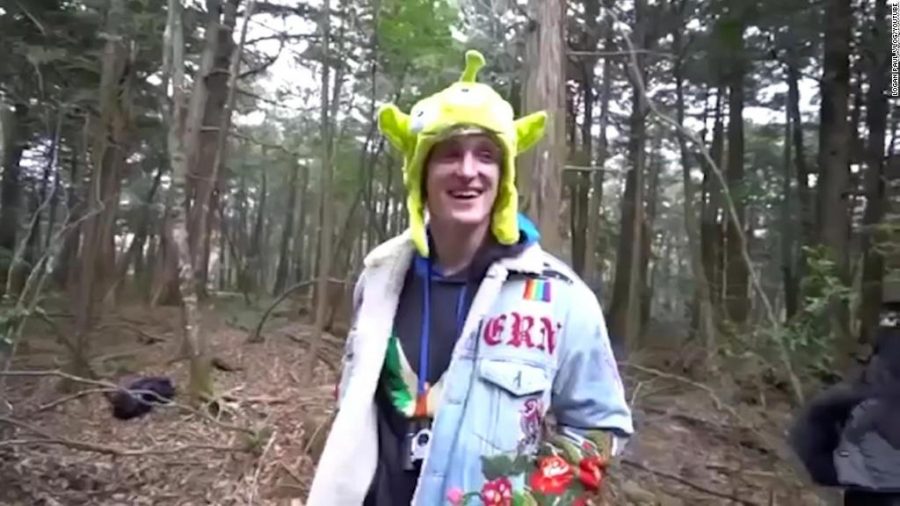 On Dec. 31,  2017, YouTuber Logan Paul upset the internet when he posted a video titled, “We found the dead body of man in a Japanese suicide forest.”

Paul had taken a trip to Japan, where he visited the Aokigahara “Suicide Forest” and filmed the controversial vlog showing the dead body of man who allegedly hung himself. Aokigahara Forest is the world’s second most popular suicide location, according to the online travel magazine Atlas Obscura. The first, being the Bay Area’s Golden Gate Bridge.

Two months have passed since this controversy. The original video has been removed and Paul received his fair share of flack; his channel temporarily lost YouTube’s advertising services. It seems now like all is forgiven and Paul is set towards making a full recovery.

“It’s not like I’m a bad guy. I am a good guy who made a bad decision,” Paul told Good Morning America on Feb. 1 in his first interview since the controversy. “I will think twice in the future about what I post. Probably three times.”

But we should not be so quick to forget about Paul. The problem goes beyond just the video. The problem is what Paul and this controversy reveals about us. It presents some extreme issues in the internet culture that we have created.

22-year-old Paul rose to fame as a YouTuber through his YouTube channel called “Logan Paul Vlogs.” Roughly 16.1 million people subscribe to his channel. Each day he posts a new vlog, which is a blog in the form of a video of the many antics he goes on with friends. His vlogs often have ridiculous, wacky content and titles, such as: “Jumping two speeding Lamborghinis back to back” and “Surfing down the street on a giant Christmas tree.”

To make up for his mistake, Paul removed the video a day after it had been uploaded on Jan. 1. He then went to Twitter to apologize. “I didn’t do it for views. I get views. I did it because I thought I could make a positive ripple on the internet, not cause a monsoon of negativity,” he tweeted.

YouTube also issued an official statement on Jan. 2, saying, “Our hearts go out to the family of the person featured in the video. YouTube prohibits violent or gory content posted in a shocking, sensational, or disrespectful manner.”

However, one of the most memorable quotes in the vlog is in the first thirty seconds. Paul exclaims that his vlog “marks a moment in YouTube history” because “this has never happened to anyone on YouTube, ever.” It represents Paul’s inappropriate approach towards suicide and discredits his apology.

Paul did make history with his vlog which is why we should not be so quick to forgive and forget. He not only turned suicide into a joke by exploiting a man’s life, but revealed something even more troubling. We have created an internet culture where someone like Paul thinks it’s okay to post a video like that, so viewers think it’s equally okay to watch it.

YouTube has become so essential to our lives. It can be used for anything such as entertainment, education, news, music and sports.

Statistics from FortuneLords, a digital marketing company, show that in 2018 there are 1.3 billion people who use YouTube. 300 hours of video are uploaded every minute, and almost five billion videos are watched each day.

As the cliché goes, with great power comes great responsibility. So it would only make sense for YouTube to use this power for good. However, what began in 2005 as simple website where people can upload, watch and share video clips has arguably become one of the most controversial platforms in the world.

“Unless you get lucky and have that one video that goes viral,” Joey Hernandez, a YouTube food critic in San Jose, told The Mercury News in 2015, “you have your work cut out for you.”

As Hernandez suggested, YouTube’s growth has made it difficult to fight off competition. Since YouTube is now a huge part of our Internet culture, users can reach enormous numbers of subscribers with some of the highest in 2017 being PewDiePie at 54.1 million, Germán Garmendia at 31.2 million and ElRubiusOMG at 23.5 million.

Being a YouTuber is a viable job now. An article from Tech Advisor, a technology news website, explains that YouTubers make money through ads and sponsored content. They are selected based on the number of followers that they have. Once a channel has one thousand subscribers it is eligible.

The stakes are high leading social media stars like Paul to be under pressure. Feeling the need to sensationalize our Internet culture has encouraged them to post whatever it takes to keep subscriber counts up.

So yes, what Paul did is wrong, and he did get punished for it. But we need to keep the real issue in mind. Paul was only responding to the competitive internet culture that we are responsible for creating. If we are too quick to forget this, then there are going to be many more Pauls in the future.