Service workers rely on gratuities to survive in the Bay Area 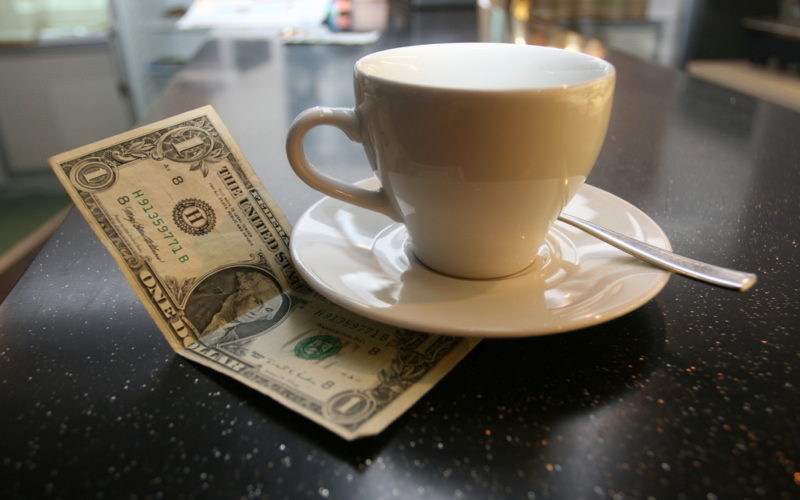 The living wage per adult in the Bay Area currently stands at $16.01 per hour. This is what a full-time working individual must earn in order to cover all of their annual expenses. However, with the exception of a few cities, the California minimum wage currently stands at either $10.50 or $11.00 per hour depending on the number of employees at an establishment.

In 2017, restaurant and food service jobs amounted to 10 percent of employment in California, however, the majority of these jobs continue to pay the minimum wage. This, in effect, leads employees to rely heavily on gratuities.

Tipping was not customary in America prior to 1840. After the Civil War, the European practice was introduced to American travelers who then brought it back home. Once tipping took hold in the United States, it spread rapidly. By the 1900s, it had become the American norm. Since then, apart from some anti-tipping laws which were passed and eventually repealed, not much has changed and tipping continues to be an American standard.

The problem is that gratuities are not usually mandatory so many people either do not abide or do so inadequately. That being said, restaurant and bar-goers need to be informed about the importance of gratuities to service workers so they can learn to tip more adequately.

You may have noticed that many bars and restaurants have suggested gratuity amounts along with the subtotal on the bottom of their receipts that range between ten and twenty percent.

What this suggests is that, “10% usually means you aren’t totally happy, 15% usually means all was acceptable, 20% for excellent, over 20% for outstanding. 15-20 percent is considered standard in most communities,” according to an article about tipping etiquette on TripAdvisor. Nevertheless, these interpretations are totally ambiguous and arbitrary.

“I always tip twenty percent. It is an industry standard to be a good tipper. You should tip two dollars per cocktail, one dollar per beer and wine and if you get a free drink give them at least half of what it was worth,” said Misael Rodriguez, bartender at Trader Vic’s. “Oh, and for food, you should tip ten dollars for every fifty spent.”

Industry workers in the Bay Area rely even more heavily on their tips due to rising rent prices. The nationwide median rent for a two-bedroom apartment in 2017 was $1,150. However, most Bay Area cities were about double that or more, according to Mercury News.

“There is absolutely no way I would be able to survive on minimum wage,” said Luis Buenrostro, bartender at Lake Chalet. “I work two jobs for about 50 to 60 hours a week and my paychecks comes out to about $500 each. With my tips, I earn between $800 to $1000 more.”

Buenrostro is married and has two kids. What this means is that his expected living wage gets raised to $33.94 per hour. That is over a 100 percent increase for a single adult.

One variable that is left out of the living wage calculator is tuition. The estimated cost for a full-time undergraduate student at California State University is $6,834 per academic year. Students like myself would need to earn roughly $40,000 annually to survive in the Bay Area.

Some argue that tipping should be banned completely because employees should not have to rely on gratuities to survive. Some restaurants like Camino in Oakland have implemented a no-tipping system in which service charges are included to the bill. The way it works is that menu prices increase and in exchange allows employees, including kitchen workers, to be paid a fair wage. In exchange, customers are advised not to tip the workers.

This system does not always work. Apart from disadvantage of working on busy nights, the upcharges and added service fees become problematic to customers.

“He saw a service charge had been included,” said Andrew Hoffman, co-owner of Comal in Berkeley. “Cursed out the manager. Went on a rant about control, servitude, and a bunch of other stuff. It almost seemed personal.”

I like to tip generously when I got out for food or drinks, usually 20 percent, whether there is an applied service charge or not because I understand pressure and stress of working in a restaurant.

I also understand the struggle of having to work double shifts in order to be able to pay off my bills. Many industry workers like myself rely on the tipping system and had it not been for this American custom, I would not have been able to pay my way through college.

If you are ever concerned whether or not you are a good tipper refer back to Rodriguez.

There are no official rules in tipping, there are only unwritten industry rules. If you’re not sure, just ask.