DACA: How are recipients planning for the worst outcome? 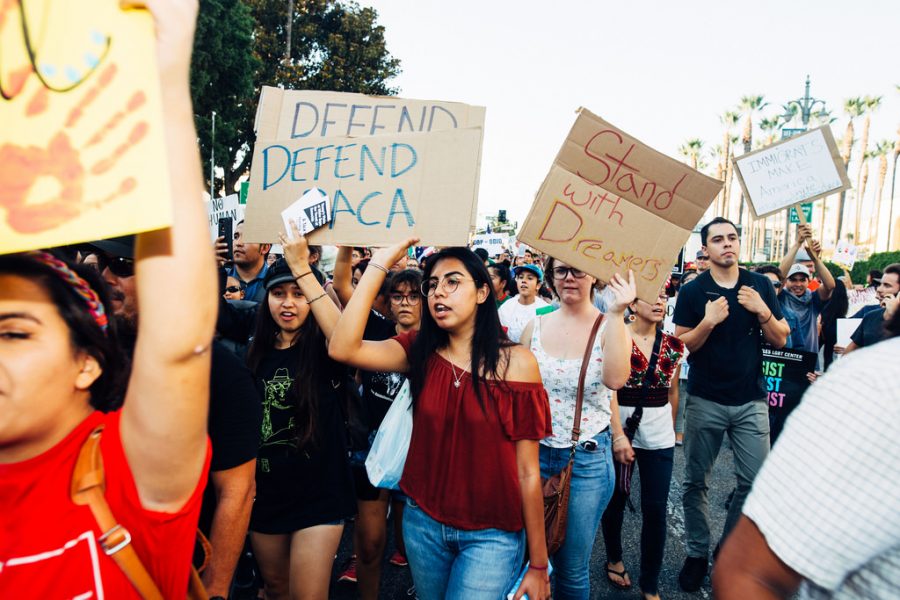 No resolution has been made for DACA yet, emphasizing the danger the program is currently in
On Jan. 10, Judge William Alsup, a San Francisco-based federal judge, ordered that the Trump administration continue accepting renewal applications for Deferred Action for Childhood Arrivals (DACA) recipients. This was met with disdain and opposition by the Trump administration and Trump himself. That same day he tweeted, “It just shows everyone how broken and unfair our court system is when the opposing side in a case almost always wins before being reversed by higher courts.”

Since 2012, DACA has given young immigrants the opportunity to obtain a lawful status in the United States. Although it is not a path to citizenship — nor is it designed to be — it does provide its recipients a valid social security number and a work permit. However, in September 2017, president Donald Trump announced in termination. And with the official termination date of March 5 fast approaching, about 800,000 current recipients are left stranded with already or soon-to-be expired work permits.

Shortly after Alsup’s ruling, the Department of Justice announced that it will be requesting that the U.S. Supreme Court review the ruling. Then, on Jan. 19, there was a government shutdown, partially due to the fact that no one could come to agreement on how to fix the DACA situation.

Hours before the shutdown, Senate Minority Leader Chuck Schumer offered the president partial funding for the wall he had promised that would be built along the U.S. and Mexican border. In return, he asked for concessions on DACA. According to Schumer, Trump initially accepted the idea but reversed course. Three days later, lawmakers agreed to reopen the federal government.

With the government up and running again, there is still no resolution for DACA recipients. But there are now plans and ideas circulating, which include deals for the wall and a path to citizenship for DACA recipients — if reinstated.

What does all of this mean for the DACA recipients? For Jazmin Diaz, a 30-year-old single mother from Livermore, it means a state of uncertainty for herself and her three children. “I was devastated when I heard the news this past September,” Diaz said. “You don’t know what to think or feel other than heartbreak for myself and for my children.”

Diaz’s work permit is set to expire this coming September, which means she missed the renewal deadline and will no longer have a valid permit in less than a year if there is no resolution by that time. “I don’t know what is next for me. I know I’ll be out of a job for sure,” said Diaz. “But I have no clue what I’ll do from there. I was safe with DACA. I was in a situation where all I had to do is work and take care of my kids. Now, our entire lives have changed. If nothing happens by my expiration date I honestly don’t know what will be of me and my children and that is a nightmare I have to live with daily for the next 8 months.”

For 26-year-old Cal State East Bay alumnus Alejandro Bautista Zugaide, DACA was a driving force that encouraged him to pursue his education and further his career. “DACA gave me more confidence and helped me look forward to a brighter future. Before DACA I would always question whether I wanted to finish college or not as it might not even matter if I couldn’t work legally afterwards,” said Zugaide.

With 91 percent of DACA recipients currently employed, in school or serving in the military, the outcome of DACA can really make an impact on the lives of the recipients. Zugaide said, “If DACA ends, I will continue to work and hope for the best. I will continue to work for more opportunities for people like myself and just hope that this or the next administration can decide on something more permanent. Something that they wouldn’t have the power to replace, put on hold or change at their will.”

For these DACA recipients, losing their jobs will not only mean loss of employment but it will also put these recipients in a situation where their quality of life is drastically diminished. Paulina Martinez, a 24-year-old recent graduate of Sacramento State University, is in danger of losing the job she worked on getting for over a year. “If DACA is terminated, it will be like starting from square one. I would have to figure out if I have any options and the type of life I want to live,” Martinez said. “The truth is, I don’t know what I would do, which is why the termination of DACA has been so devastating to my life.”

The future for the recipients of DACA is still unclear, but it is very clear how the termination of the program all together will be devastating to the 800,000 working and studying youths in our country.