Flu epidemic among the United States 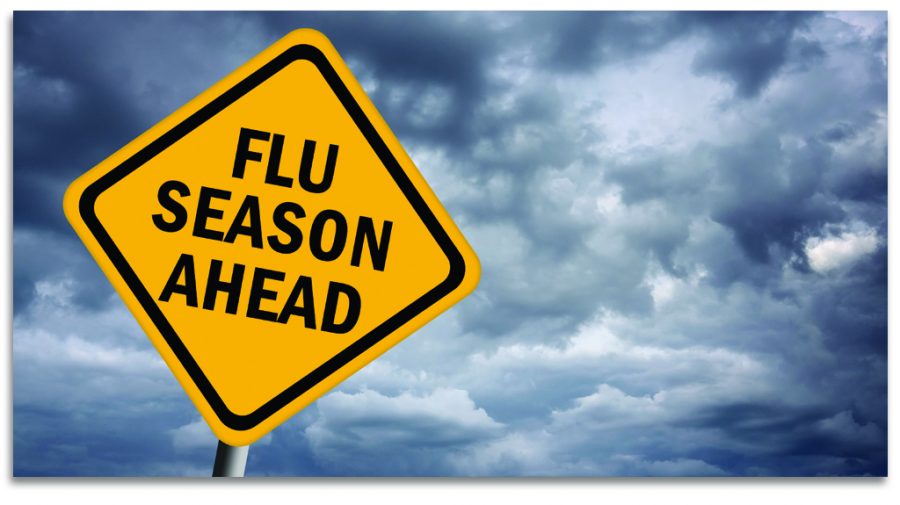 The flu is spreading throughout the United States and is ranking as one of the most severe influenza seasons in recent years. This year, the flu is now being labeled as an epidemic in terms of scale.

Influenza activity has taken off and cases are being reported in all 50 states, Puerto Rico and Guam. More and more people are falling ill every day with mild to severe symptoms that have in some cases led to death.

The Center for Disease Control and Prevention reports, “This is the first year we’ve had the entire continental US at the same level [of flu activity] at the same time.”

This influenza season began earlier than usual with incidents reported back in Oct. 2017. Most people had to decide whether they would partake in getting the flu vaccine that is said to help prevent the initial burst of influenza. In recent studies conducted by the CDC, they have stated “flu vaccination reduces the risk of flu illness by between 40 percent and 60 percent among the overall population during seasons when most circulating flu viruses are well-matched to the flu vaccine.”

The number of fatalities and influenza diagnoses are growing every day in the United States. The California Department of Public Health reported 32 additional flu deaths under the age of 65, almost double what it was a week ago. The death toll from the flu now stands at 74 statewide. Many people are not only afraid that they will catch the flu, but are also questioning if the flu vaccine they got this year will give them protection. The number of children who have died from the flu is now up to 30 across the nation as public health officials attempt to manage a busy flu season.

“This year what we’re seeing is called H3N2 and we know from past seasons when we look back over 10 to 15 years, this virus causes the most hospitalizations, more illnesses,” said Dr. Alicia Fry, CDC Epidemiology & Prevention Branch, Influenza Division.

The Bay Area has been hit extremely hard by this strain of influenza with 23 total fatalities from counties including Contra Costa, Santa Clara, San Mateo, Solano and Marin. Health officials in Santa Clara County have confirmed a total of five flu related deaths so far including a 40-year-old San Jose mother of three, Katie Denise Oxley Thomas. Thomas was diagnosed four days prior to her death, during which doctors say her flu lead to pneumonia. Santa Clara County assistant health officer, Dr. George Han, said in a statement, “It’s not too late to get vaccinated.” About 70 percent of the victims have not been vaccinated this season.

Thyrone Antonio, a Vaccines for Children Representative at the California Department of Public Health, recommends getting your flu vaccine this year despite all the speculation that is on the web. He also states, “Although many people are doubtful that the vaccine will prevent the illness 100 percent, it is important to get the vaccine to lessen the severity of the symptoms.”

Lynette Brammer, head of the CDC’s Domestic Flu Surveillance team, said, “Given that we’re seeing so much flu activity, particularly people who are high risk, the elderly, children under two, pregnant women and people with chronic health problems, should talk to their doctors about antiviral medications to treat the Illness.”

To prevent pneumonia, the CDC recommends people over age 65, children under age two and individuals with medical conditions or health behaviors get a pneumococcal vaccination.