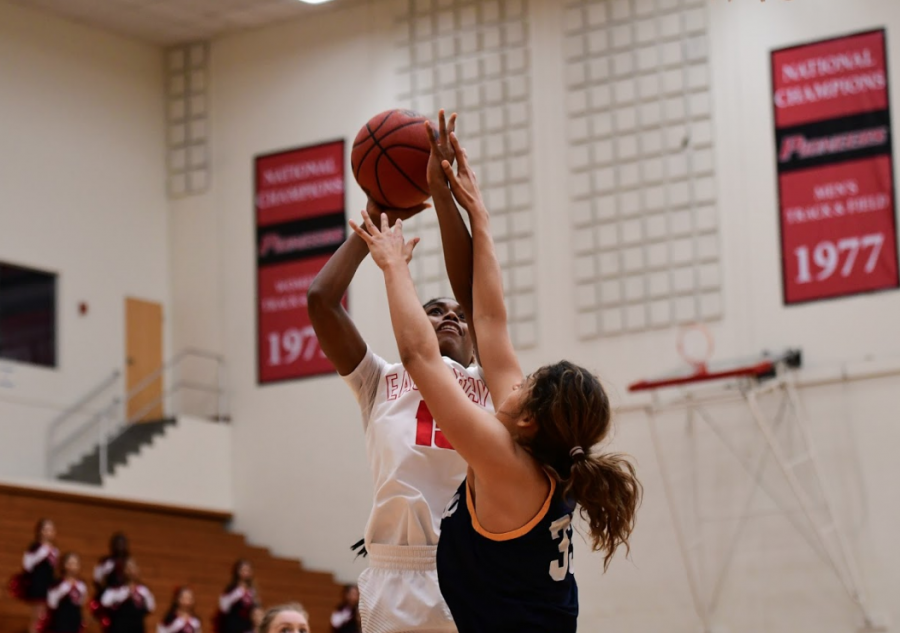 After a three game win streak and having won seven out of their last eight games, the Cal State East Bay women’s basketball team was defeated by UC San Diego.

The Pioneers kept up with San Diego, who happen to be undefeated in California Collegiate Athletic Association conference play (CCAA). They are 11-0 and 15-2 overall as they stand at the top of the conference.

This was the first loss at home for the Pioneers.

Throughout the first quarter, the Tritons dominated, leading the entire time and up by as much as 10 points. It looked as if it would be a long night for the Pioneers against the dominating San Diego squad.

East Bay opened up the second quarter much stronger and managed to take a lead with just under six minutes left, when sophomore forward Morgan Greene drove down the lane to score a layup and was fouled. She made her free throw putting the Pioneers up 25-24.

On the following play, Greene blocked an attempted layup by a San Diego player, which the East Bay bench and everyone else in the crowd expected would shift the momentum for the Pioneers. Unfortunately, that was not the case.

The Tritons regained momentum and went on a quick 6-0 run to take the 30-25 point lead.

San Diego took control of the remaining three minutes left in the second quarter, proving why they are 11-0 in conference play.

East Bay went 13-for-32 in the first half with a 40.6 percent field goal percentage. They went 50 percent from the three point line, but only attempted four.

San Diego had the advantage with a 45.9 field goal percentage. They only shot 33.3 percent from the three point line, but shot eight more threes than the Pioneers as they went 4-for-12.

The Tritons kept their momentum. As the two teams headed into the the third quarter, they didn’t lose their lead for the remainder of the quarter.

In the fourth quarter, however, the Pioneers picked up the pace a bit and put themselves back in the game, regaining the lead. They went on a 16-6 run, but were only able to lead by as much as one.

The Tritons defense got the best of the Pioneers and forced three turnovers in the final minutes, which allowed San Diego to convert and take a 73-70 lead with 35 seconds left.

East Bay had no other option but to foul with time running out in which the opposing team were able to convert three out of four, allowing them to return to Southern California with a 76-0 win.

The Pioneers are now 11-7 overall and 7-5 in conference play, which puts them in 5th place.