Blake Bortles: The most hated quarterback in the league 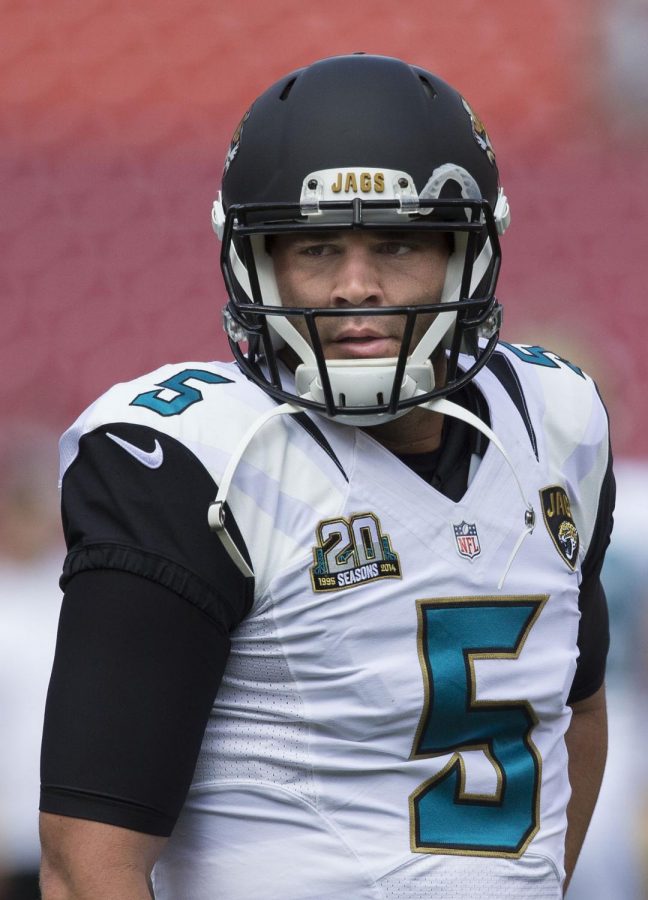 Blake Bortles of the Jacksonville Jaguars is one of the most talked about quarterbacks this season. No, it’s not because he is a powerhouse like Tom Brady or Aaron Rodgers before his injury.

If you asked Texans defensive end Jadeveon Clowney, it’s because Bortles is “trash.” Seattle Seahawks safety Earl Thomas called him “subpar.” The most recent comment came from Tennessee Titans defensive lineman Jurrell Casey said he was a “choker” just after the Titans defeated the Jaguars in the last regular season game 10-15.

Bortles, who is taking his team to the AFC Championship for the first time since 1999, has had his ups and downs during his four years in the league, but this season has been his most talked about. Coming out of the University of Central Florida as the number three pick overall in the 2014 NFL Draft, he threw 11 touchdown passes and 17 interceptions in his first season. In 2015, he had the league high for interceptions, coming in at 18, but was also tied for second in the NFL with 35 touchdown passes a season. Then came 2016, where he threw only 23 touchdown passes and had 16 interceptions giving the Jags a 3-13 record.

Coming into the 2017 season, the Jaguars defense was said by many sports analysts to be the best in the league, yet Bortles remained the center of attention. He is the most intercepted quarterback since entering the league, he has also thrown the most Pick 6s of anyone in that span. He was trashed talked even sworn off by fantasy football participants. Although he had a decent season in 2017, better than most had expected, he was ranked 28th among his team in the preseason. Now they are the only four teams left in the Playoffs. Throwing 21 touchdowns this season, with a 60.2 completion, his numbers are still underwhelming.

It does say something that a guy who had by far the worst season of any quarterback in the league is now taking his team to conference title. He had a rollercoaster of a game in the wildcard matchup with the Buffalo Bills, where he threw 12-23 for 87 yards. Despite the weak performance, they took the win 10-3 and headed to Pittsburg where he displayed the ability to take his team closer than they have been in quite some time. He threw 14-26 for 214 yards with 1 touchdown with the Jaguars win over the Steelers.

Now, on their way to the AFC Championship against the force that is the New England Patriots, Bortles’ teammates have nothing but positive things to say about the quarterback who they believe can take them all the way.

If Bortles leads his team to a victory over the New England Patriots and to the Super Bowl, he may be able to finally quiet down the critics, but the main takeaway from the performance of the young Jaguars quarterback is that he is unpredictable in every sense.