A millennial movement: The Munchie Movement impacts the less fortunate 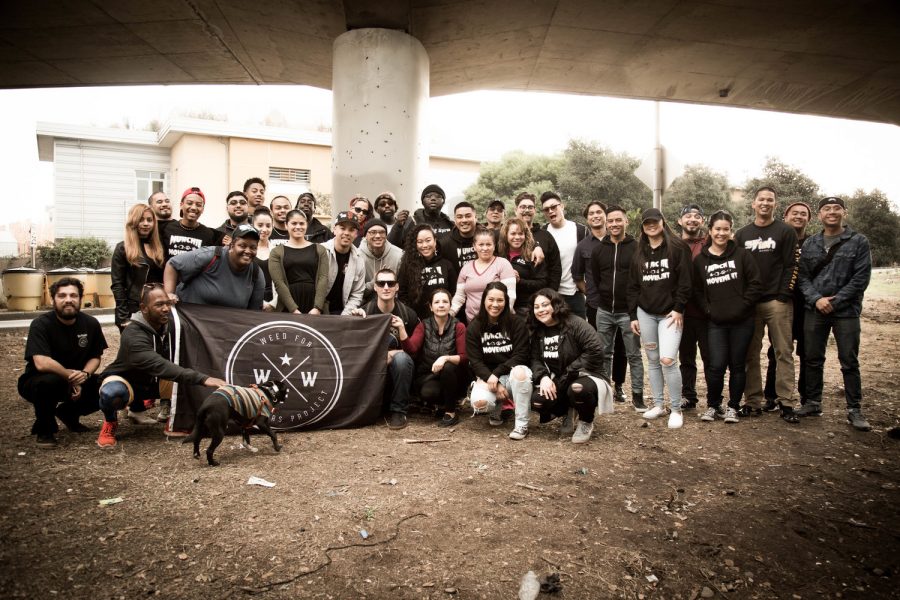 In early 2016, East Bay resident Kevin Del Rosario parted ways with his job of three years at Elio Motors, a startup company that plans to create American-made cars that are environmentally- and cost-friendly. While on vacation in Los Angeles, a week after leaving Elio, Kevin met a homeless man who was playing music for spare change near a restaurant where he was eating. Kevin spent nearly four hours conversing with the man.

Once the conversation concluded, Kevin offered to take the man to the store and buy some necessities and give him some money. Before parting ways, Kevin gave the homeless man some marijuana. The man appreciated the marijuana the most out of everything Kevin had given him. The man was grateful for the gesture and reiterated that having a person give him marijuana for peace of mind resonated with him.

After the conversation with this homeless man, Kevin felt a need to make a change. “It is hard hearing their stories or hearing their experiences trying to get into a homeless shelter. Shelters are always over-capacitated and it takes months to get in and approved,” Del Rosario told The Pioneer.

Beginning in February 2017, Del Rosario created his non-profit organization known as the “Munchie Movement.” Del Rosario wanted to inspire millennials in particular to get out and help the less-fortunate.

During its infancy stages, Del Rosario and a few volunteers began visiting various homeless camps in Oakland, Berkeley, Richmond and San Francisco. Once Proposition 64 passed in California, Kevin was legally allowed to distribute medicinal marijuana to individuals over the age of 21.

The population in the Bay Area is nearly eight million and the US Census Bureau listed nearly 7,500 homeless residents in the city of San Francisco alone. The Alameda County’s homeless numbers have shot up to 39 percent, with around 5,600 displaced individuals.

This was the beginning of the movement that Del Rosario was planning to create. The goal of his non-profit organization is to feed the homeless and less fortunate. The free medicinal marijuana is secondary to their overall cause.

Also, after interacting with dozens of homeless people and families he understands that not everyone who is homeless is a drug addict. Del Rosario stated that a large majority of the homeless people he encountered were veterans who have been displaced. Others common factors were gentrification in the Bay Area, and people dealing with mental illnesses. Many of the people he has met are suffering from PTSD, anxiety, depression and insomnia.

“The Munchie Movement is all about spreading positivity and helping the homeless turn away from the detrimental drugs,” Del Rosario told The Pioneer.

Munchie Movement held its first annual Thanksgiving Feed for a homeless camp in Berkeley this year. Close to two dozen people showed up to grab plates of food, water, toiletries and clothes for the winter. Volunteers interacted closely with the homeless, sharing stories and jokes throughout the morning.

After speaking with one of the homeless camp residents, he informed The Pioneer how shocked he was to see young people continually coming out to help the less-fortunate.

In terms of the items Munchie Movement distributes, most of it comes from the pockets of the volunteers. They have donated, food, warm clothes, water bottles, hygienic goods and medicinal marijuana joints. RSM, a local oriental food market located in Hercules, California and Señor Sisig, a Filipino fusion truck, donated several boxes of fresh sisig and lumpia for the Munchie Movement’s Thanksgiving Feed held this year as well.

Additional businesses like Trader Joe’s have donated goods like produce, bread and pre-made meals to the cause as well. According to the Munchie Movement website, they have donated 622 meals, 662 bottles of water and 313 pre-rolled cannabis joints. Kevin will be joining the Cal State East Bay campus in the fall of 2018 and will continue to promote the Munchie Movement on campus. To sign up or volunteer, visit their website: https://www.munchiemovement.com/