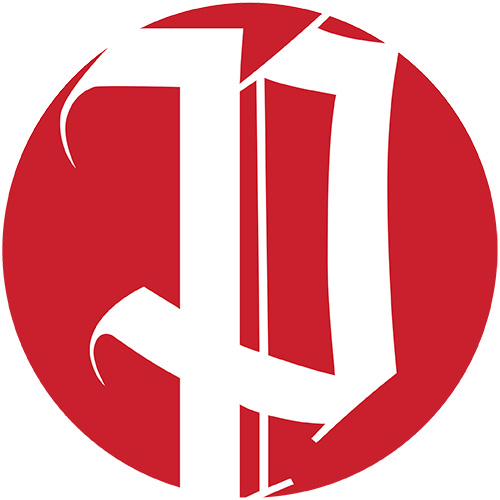 Popular dating app under fire for perpetuating “hookup culture” amongst millennials
Millennials are having less sex. Less sex than we have seen in any other generation. However, in an unparalleled coincidence, the number of sexually transmitted disease outbreaks has seen a sharp incline. As a result, the popular social gathering app, Tinder, has been stirring up controversy for its potential perpetuation of “hookup culture.”

In a recent study done by MensHealth.com, conclusive evidence of STDs have shown a severe spike in diagnoses for the year 2016, especially proses an imperative question. Who is to blame for this?

Is the culprit at hand Tinder, the gateway app to casual sex and hookup culture? While the evidence is there, its origin seems to be lacking.

In a study done by the University of Chicago, “[T]hey found that persons born in the ’80s and ’90s report having a couple fewer sex partners on average than those in the prior two generations,” according to Forbes.com.

With that being said, is the problem instead that more millennials are not learning how to partake in safe sex? Perhaps the malefactor in this case is the gross miseducation of sexually transmitted diseases.

As reported by The New York Post, “[A] new report from the Centers for Disease Control and Prevention found a recent spike in STDs such as chlamydia, up nearly 6 percent since 2014, gonorrhea, up nearly 13 percent and syphilis, up 19 percent among young people.”

While, yes, sexual health education is mandatory for California public schools for grades seven through 12 under a bill signed into law by Governor Jerry Brown, what about the other 49 states? Only 24 states and the District of Columbia to date require public schools to teach sex education, 21 of which mandate sex education and HIV education, according to the National Congress of State Legislatures.

Casual hookups have been made so easily accessible by apps like Tinder and many others, which experience much popularity amid college campuses and younger people in general.

Let’s first look at the demographic primarily using Tinder, how the app in general is structured and what people have to say about their experiences with it.

In a study done by globalwebindex.net, they projected that 38 percent of Tinder’s users are between the ages of 16-24. Keep in mind that the legal age to use Tinder is 18. Be careful out there, folks.

Tinder introduces the user to millions of potential “matches” that they can either swipe left to deny, or right to approve. Once they are “match” together based on mutual approval of each other’s profile, they can initiate conversation on a instant messaging type chat. What could possibly go wrong, right?

The app has generated publicity over its five year life span for its somewhat split uses for the well known meeting site. To put it simply: some use it to date, some use it to hook up. With that being said, Tinder has garnered national attention for its provocative uses in both virtual chat and real-life meetings.

Tinder is based off of two crucial components, according to their website. Your Facebook profile and your Spotify profile. To log into Tinder at all you must sign up with a Facebook page, which they promise at the beginning to not release any personal information from.

Spotify, the popular music streaming app is a sponsor of Tinder and is utilized within the app itself. Users can link their favorite artists or most listened to songs to match with someone with a possible similar taste in tunes.

On to the actual nitty gritty: How is Tinder affecting the way people interact and meet with others on college campuses? Is it perpetuating a “hookup culture”, or actually promoting dating?

Now given one does not necessarily have to use Tinder in a romantic sense. However, more and more people are arguing that Tinder is replacing the traditional dating scene with a term coined as “hookup culture” growing popular within the millennial stratosphere.

Hookup culture is defined by American Psychological Association as “activities [that] include a wide range of sexual behaviors, such as kissing, oral sex and penetrative intercourse. However, these encounters often transpire without any promise of — or desire for — a more traditional romantic relationship.” How eloquently put.

What I found upon asking a number of peers how they felt about Tinder and its uses, most responded in a bashful, embarrassed manner or even become offended. “I basically use Tinder because I’m bored. Also it’s nice to get attention every once in a while from admirers who think you look cute,” said a student who wished to remain anonymous.

From the majority of answers received when interviewing students on campus, there was definitely a distinct theme in their responses. Almost all of them agreed that the only reason they were on the app was to find other attractive people to hook up with or just talk to, rather than date for a long term relationship.

All in all, conclusive evidence leads one to believe that Tinder is not primarily used for dating. While this is not exactly what I have previously projected, somehow I was not surprised with the said conclusion.

Whether or not Tinder is the cause for the spike in STDs, there is still an epidemic of sexually transmitted diseases that needs to be addressed.