Best rugby teams in the world meet in South Bay 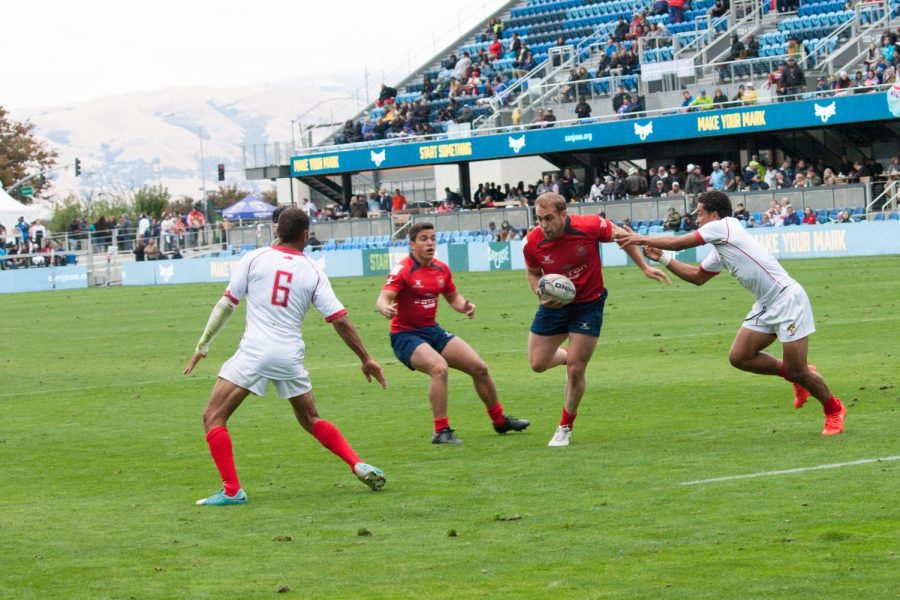 The first annual Silicon Valley Sevens International Rugby Tournament was held on Nov. 4 to 5 at the Levi’s Stadium in Santa Clara. Thousands of attendees watched several of the best rugby teams in the world prepare for the international season. Teams included the United States, Canada, Fiji, Samoa, Tonga, New Zealand, Ireland, England and others. This was the first time International Sevens rugby teams participated in an event in the Bay Area and was also the kick-off to the 2017-18 season.