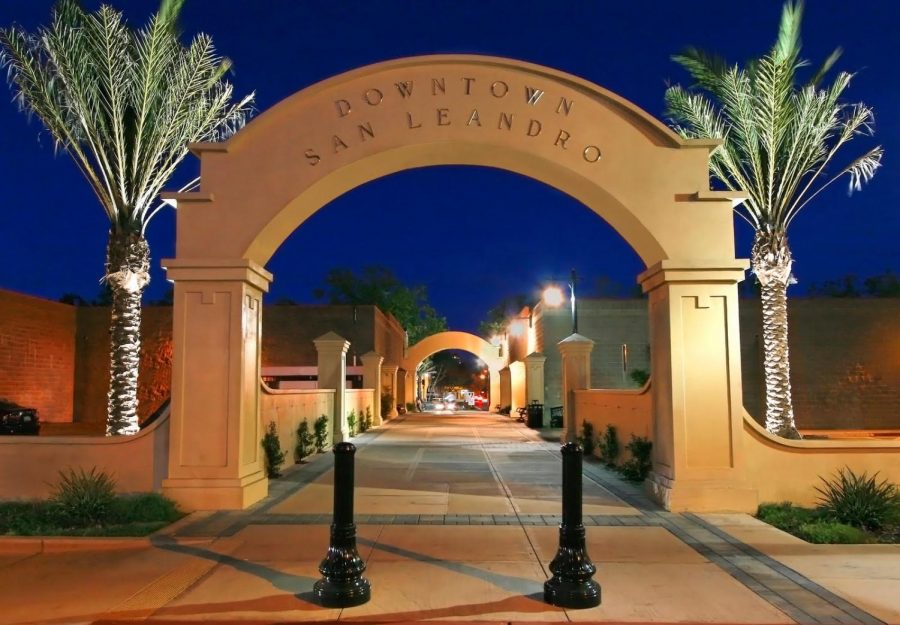 New bars and restaurants attract a different crowd.
Five years ago you might have clutched your belongings and power-walked to your car while leaving the Downtown San Leandro Safeway on Hesperian Boulevard. But things have changed. The area was once swarmed with panhandlers and delinquents, but now has taken a one-eighty and enticed a new crowd.

Over the last few years an assortment of new businesses have opened in Downtown San Leandro. Places like Sons of Liberty Alehouse, also known as SOLA, and The Cooler, both in the San Leandro Plaza, have played in a vital role in these changes.

SOLA, a craft cocktail bar/restaurant and The Cooler, a craft-beer taproom were both considered a “Big Win” in the developmental strategy of Downtown, according to Katie Bowman, economic development manager for the city of San Leandro.

“The goal is to improve Downtown by encouraging new development in which the available means of public transportation can be utilized,” Bowman told the Pioneer. “We want to promote new businesses that have potential and are exciting…We want to create a more walkable environment.”

“San Leandro Mayor Pauline Russo Cutter’s vision is to create a place that her three kids would want to return to and start their own families, and she said it takes a holistic approach to create the ideal city,” Julie Littman wrote in a 2017 article of Bisnow, an online real estate publication.

The changes in Downtown have become more conspicuous over the past five years with the increased development.

“Downtown has totally changed over the past five years. It is a night and day type of difference.” says Tom Lawrie, twenty-year resident of San Leandro and Co-owner of SOLA. “Downtown has drawn a more affluent community and has become a go-to place on the weekend.”

SOLA has become the forefront for the food and beverage industry in San Leandro. They are pioneers in Downtown for crafting cocktails and prioritizing visual aesthetics.

“We are taking an approach of ‘looking towards where we want to go’. It’s for a similar reason why Downtown Oakland is different and has become so popular. They focus on using quality ingredients and creating a visually satisfying atmosphere,” Lawrie said. “San Leandro was ready for an explosion…We gave them what they wanted.”

Across the street from SOLA inside the Pelton Center is The Cooler, another first of its kind in San Leandro. The Cooler has also contributed to this “explosion” by drawing in a wide range of beer fanatics.

“We are playing a definite role in the growth of Downtown San Leandro because the craft beer industry is blooming.” said Eric Keyes, co-owner or The Cooler. “Before us, the closest taproom with a selection of beer just as large was Beer Revolution in Oakland.”

Previously, San Leandro residents could get pints at Drake’s, 21st Amendment, and The Englander. However, a taproom was still desired in Downtown.

“We worked with the city of San Leandro to help find spot. The city was looking for new businesses to complement existing ones and a taproom was on a desired list for new businesses from the community.” said Keyes. “We went to a meeting that was consisting of several individuals who had similar business ideas as us and it was decided that a taproom would ad interest in San Leandro.”

Downtown San Leandro is expected to continue development and holds plans for new businesses coming in 2018, according to Bowman.

Both Keyes and Lawrie agree that they want to see more businesses come into Downtown.

“As long as these businesses have good concepts they will do good here.” said Lawrie.

“The way I see Downtown is like a pie in which adding new businesses doesn’t necessarily mean less business for us. Yes, we will need to cut more slices to feed everyone but it also means that the pie will get bigger.” said Keyes.