The strangest of shows makes its return 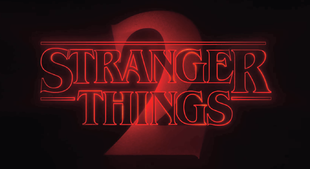 If you’re a fan of supernatural sci-fi and 1980s nostalgia, then the hit series “Stranger Things” is one to watch. Halloween is quickly approaching, and along with it comes the Oct. 27 return of Netflix’s original popular series. The first trailer, backed by Michael Jackson’s “Thriller,” dropped at Comic Con over the summer.

For anyone who grew up in the ‘80s and wanted to take a trip down memory lane, the first season of “Stranger Things” was the perfect show, with its nods to popular culture and easter eggs from the novels of Stephen King.

The show captured the attention of a variety of viewers. But why were young people so excited about the show? And why are they excited about Season Two?

As a child born near the end of the nineties, I am drawn toward the nostalgia of how the world was before the internet and smartphones were ubiquitous sources of entertainment.

Although I don’t believe in the monsters or parallel worlds depicted in the show, I do believe in the joys of young friendships and holding fast together in times of uncertainty.

The writers, directors, producers and masterminds behind the show, the Duffer Brothers, have said that they wanted to emulate 1980s culture and pay homage to the greatest authors and directors of the time, like John Carpenter and Steven Spielberg. They draw from the most famous and popular works of these creators to reboot and revive the best moments of the 70’s and 80’s in a modern way.

After the Season One premiere, King tweeted, “STRANGER THINGS is pure fun. A+. Don’t miss it. Winona Ryder shines.” King is a cultural icon from the past, and still is today, so it’s no surprise that his work has permeated through the show’s story and visuals.

The Spielberg influence is also unmistakable. There are subtle similarities to a scene from E.T., when the children escape the bad guys on their bicycles. Promotional posters for Season Two were made in a similar style to the famous movie poster for “Jaws.”

Every detail, from to the opening credits to out-of-focus posters on bedroom walls, is a reflection of a bygone era of American history with a twist of horror and science fiction behind it. The role-playing game “Dungeons and Dragons” also plays an important role. The beginning of the series kicks off with the main characters ending a D&D game prematurely. This then sets a precedent for the mysterious disappearance of their best friend and a series of stranger things happening in their hometown.

Approximately 14.07 million people between 18-49 started watching the show, and of that number it retained a 70 percent viewership rate, making it the third most popular show on Netflix, according to Symphony Advanced Media. Based on their calculations, the average age of “Stranger Things” viewers is thirty-three.

More than a year after its initial release, the show now has a dedicated following of around 8.2 million people, according to Business Insider. It received a total of 76 film nominations, and of those it won a total of 21, including TV Program of the Year in the category of Academy of Science Fiction, Fantasy & Horror Films and Outstanding Casting for a Drama Series from the Primetime Emmy Awards 2017.

Netflix has renewed the show for a third season and indicated it will more than likely conclude with a fourth season. Currently, the show is the third most popular, behind “Fuller House” and the fourth season of “Orange is the New Black.”

In addition to three new cast members, rumors have spread concerning how some characters believed to be good are going to turn evil. And how the world will change now that monsters are lurking in the shadows waiting to strike and destroy.

But answers to those questions will have to wait until Friday. Brace yourselves as stranger things start to happen in Season Two.