‘A tale of two off-seasons’ 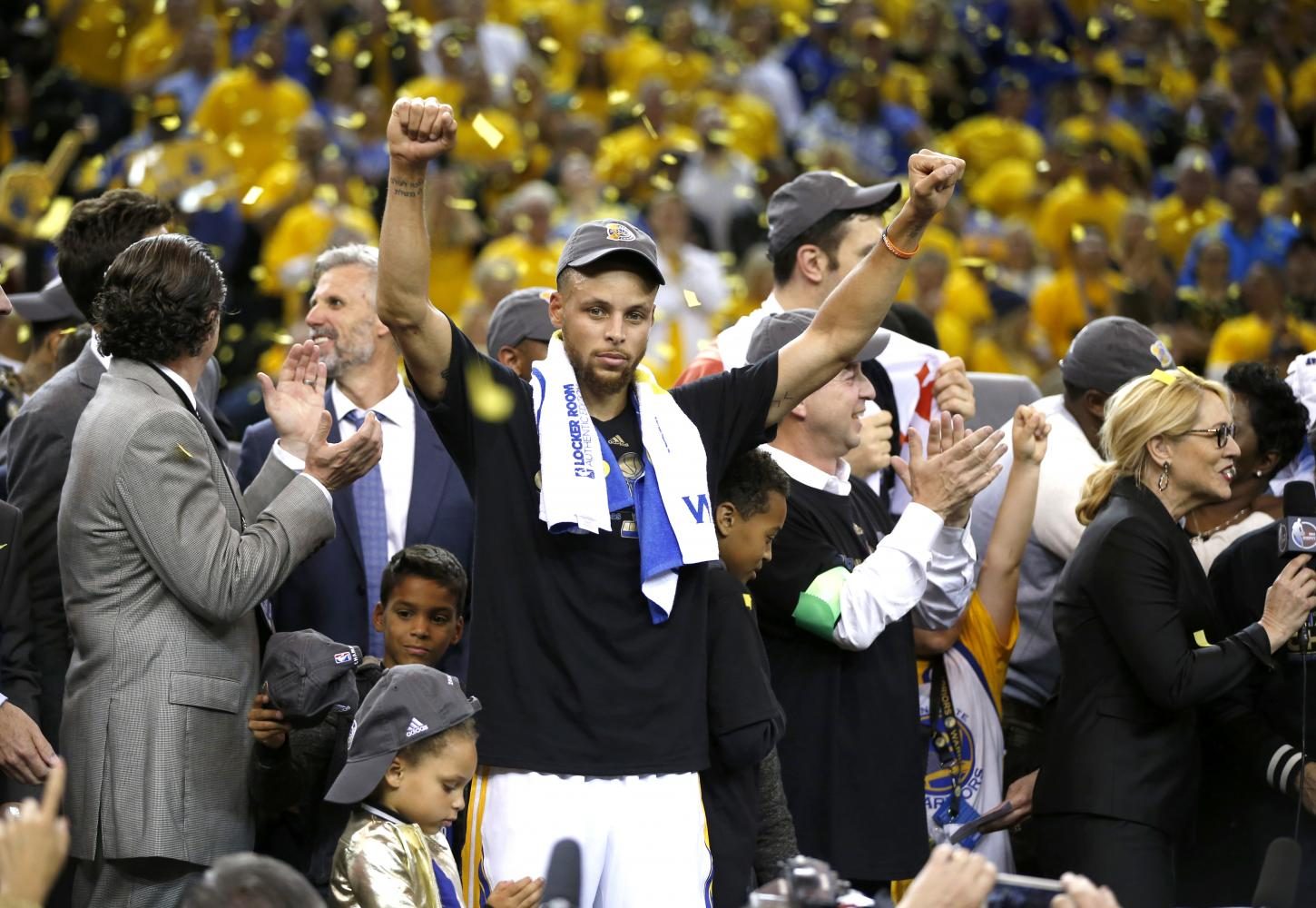 Although it felt like yesterday that the Golden State Warriors hoisted their second title in three years, a new NBA season is less than two months away.

With 82 games in a season, it is almost impossible to catch every Warriors game on television or grab a seat at the arena. Here are the must-watch games in the Warriors’ upcoming regular season.

On Oct. 17, they will face the new look Houston Rockets, led by a potential MVP candidate James Harden and newly-added all-star point guard Chris Paul from the Los Angeles Clippers.

As the two premier offensive teams go to battle in their first game of the season, expect all-star game-level scoring figures by both sides. Their final two match-ups will take place on Jan. 4 and 20, 2018.

The next game to watch is against Kawhi Leonard and the Spurs in San Antonio on Nov. 2. A rowdy Spurs fan base can be expected down in Alamo and they still have the alleged tripping of Leonard during the first game of the Western Conference finals by Warriors Center Zaza Pachulia fresh on their minds. Although the incident led to Leonard missing the rest of the series, it has led to a highly anticipated matchup with the new bad blood.

They will meet three more times this season on Feb. 10, March 8 and March 19.

Highly anticipated rookie Lonzo Ball and the young Los Angeles Lakers will have their first shot to take on the Warriors in Los Angeles on Nov. 29.

Lonzo and his family have recently been the talk of the league, not only because of his talent on the court, but also because of the larger-than-life personality of his father, Lavar Ball who has received an immense amount of media attention thanks in large part to his outlandish statements.

During the 2017 NCAA Division I men’s basketball tournament, Lavar claimed on ESPN Lonzo, a college basketball player at the time, was ‘’better than Steph Curry.”

Nevertheless, all eyes will be on the Ball-Curry battle at Staples Center when the Warriors come to town just after Thanksgiving. The two teams will also play on Dec. 18, 20 and March 14 in Oakland.

The Warriors will meet reigning league MVP Russell Westbrook in Oklahoma City on Nov. 22. This match-up contains one of the biggest ongoing stories in recent seasons after Kevin Durant decided to join the Warriors last offseason bailing on the Thunder.

Although the bad blood between the two former teammates has somewhat subsided over the offseason, the fans of the Thunder still hold a grudge against Durant and the Warriors. The regular season games between the Thunder and Warriors last season were not competitive, as the Warriors bested the Thunder by an average of 20 points in the four contests.

This year, with the addition of All-Star swingman Paul George, the Thunder will look to show off their newly found fire power in the regular season matchups. The two teams will face off three more times over the season; twice at home on Feb.  6 and 24, as well as on April 3.

Christmas Day provides one of the most anticipated match-ups of the season, and the second will take place on Jan. 15. In the fourth game of a six-game December home stand, the Golden State Warriors will take on LeBron James and the Cleveland Cavaliers.

A rematch of the 2017 finals, this game will be the marquee matchup of the Christmas Day slate of NBA basketball. Although this has been a tale of two offseasons for the Dubs and Cavs, the two teams have met on Christmas and the NBA Finals the last three seasons. Part four of the always competitive Christmas Day saga is already set, but we will have to wait to see if they will meet in the finals once again.