Cuba’s coastline is no man’s land 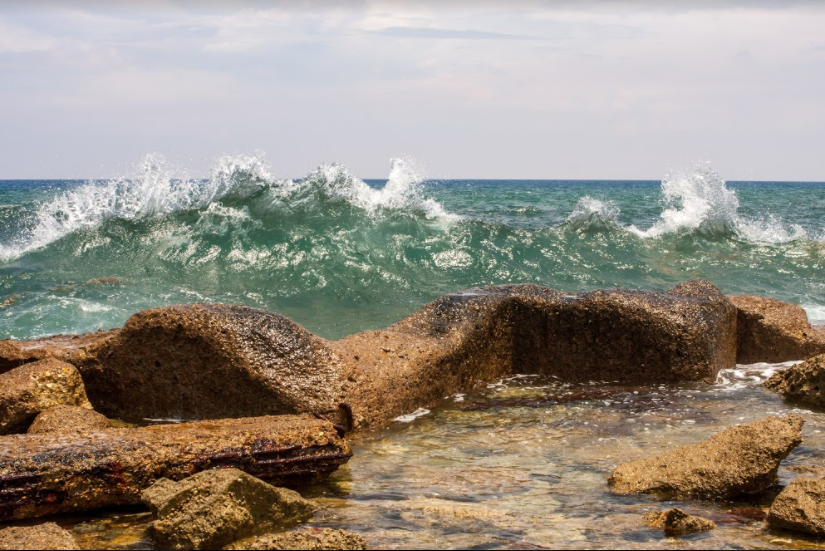 Gaining access to information on water activities in Cuba proved harder than expected. Some local Cubans claimed that access to water for recreational or commercial purposes is strictly prohibited or limited. As one local street artist who goes by Martí said, “It is learning to see the lies… to hear the silent truths. They do not want us to know, so we must solve the equation ourselves. To be free, we must be free of the reality that is not reality.”

Prior to coming to Cuba, I researched action sports common on the island. I found that kitesurfing is one of the most popular water sports in Cuba. Opposite in popularity of kite surfing was traditional surfing. Currently, there is a movement to gain recognition from the Cuban government to recognize it as an official sport. With this recognition, local surfers would gain easier access to surf equipment and have the opportunity to participate in international competitions.

Intrigued by their struggle, I set out to find the Cuban surfers. Havana Surf Cuba is a non-profit organization that receives and distributes donated supplies to local surfers in need. Surflibre is a group of Cuban surfers who have built a campaign with Makewild, a group of filmmakers, to educate the people and government of Cuba on surfing. These organizations are advocates, ensuring the growth of surfing in Cuba and the importance of maintaining a healthy ocean environment for surfers and sea creatures alike.

Every time I inquired about surfing I was greeted with a confused looked that followed with laughter. They all thought I was crazy and tried to convince me that surfing did not exist in Cuba.

On one of my days of searching for surfers, I went to a beach break called Calle 70 Break in Miramar. I was directed to go there by a man named Bob Samen. Samen is one of the organizers of Havana Surf Cuba. Samen instructed me to go to Calle 70 Break and said I could find the “surf crew” who could direct me to the surf organization. I hitched a ride in a taxi mid morning to Calle 70. I walked around the beach for several hours asking locals if they knew where I could find surfers or if they knew Samen. My search for any signs of surfing failed.

On the sixth day of my visit, I finally made contact with a surfer. Yuniel Valdarrama, the president of Surfistas Cubano and an organizer of Havana Surf-Cuba.

To my surprise making plans in Cuba was much harder than it sounded. “Island time” is very prevalent in Cuba. With the lack of quick and easy communication, plans are made tentatively whether you as a visitor understand that or not. After three failed attempts; I never met with Valdarrama or the other surfers he had offered to introduce me to.

In most places in the world in that are located on coastlines with waves, it’s easy to find surfing. All you have to do is find an area that shows characteristics in the topography that are consistent of a surf break, sit on the beach when the tide is best for the form of the waves and wait. Eventually you find someone surfing. In Havana, Cuba and its outlying towns, this is not the case. Since surfing is rare, mostly unheard of by the majority of the population, and the waves only come during the winter storms my chances at finding surfing by exploring the beaches were very low.

In my time in Cuba, I only met one surfer. However, in my search for surfing, I was led to another realization; water activities in Havana and its surrounding towns are nearly non-existent. The coastlines, marinas, and harbors were eerily deserted or quiet.

A perfect example is Marina Hemmingway. It is a luxurious vacation spot for the elite traveler lined with resorts and boat docks.

The marina was a ghost town. There is a rocky beach that bordered the shore, which is hard to walk on and surely detracts anyone from enjoying the water and view.

The perimeter of the marina has many open spaces for tying up boats, however, there were none in sight. The closer I worked my way into the marina boats began to gradually appear.

The first one was a sunken vessel accompanied with a perfectly buoyant but sadly abandoned sailboat.

The heart of the resort was where the bulk of the boats docked. This dock was different from the rest; although it was still relatively quiet, surprisingly there was some activity in the water. Two young boys were sailing a small catamaran and a gentleman sat on the dock who seemed to be instructing the boys on how to steer the boat.

The Malecón, which separates the city of Havana, Cuba from the Caribbean Sea, is frequently used as a social gathering spot for residents of Havana. In previous years locals would use the water beyond the Malecón as an escape from the heat. However, the Cuban government has now prohibited swimming off the Malecón, claiming that the pollution in the water is too toxic for humans to swim in.

The Malecón is massive and when you walk along the wall during the day, it is nearly deserted of people. At night especially on a Saturday evening or a holiday, hundreds of local residents swarm the Malecón using it as a place to sit.

Although physical access to water off the Malecón is prohibited locals have used it as an alternative source for fishing since boat fishing is allegedly highly regulated and limited by the government. Occasionally, small fishing boats can be spotted in the distance off the Malecón, during dawn and dusk hours.

I set out before sunrise one morning to catch fishing boats leaving a harbor where a river feeds into it, called Boca de la Chorrera. A local named Fran, who plays guitar on the Malecón, told me that it was a fishing village and it would be a good place to talk to some fisherman early in the morning before they launched their boats. I arrived at the harbor at 6 a.m. and it was deserted.

Although my search for surfing did not go as planned it led me to a greater realization that has helped me understand why activities such a surfing or fishing hardly exist. There is a heavy use of the word “forbidden” in Cuba. During my search for answers, I got a sense that the water of Cuba was forbidden to be used. Attempting to get answers as to why was just as difficult as trying to find the people who somehow have gained access to the water.